Bad blood on the Irish border: the priest, the billionaire and the kidnapped executive | Business | Economy and finance news from a German perspective | DW | 07.11.2019

Bad blood on the Irish border: the priest, the billionaire and the kidnapped executive

The Irish border community in Cavan is in shock at the recent savage attack on a company executive, the violent culmination of a five-year campaign of intimidation. The company was once owned by Ireland’s richest man. 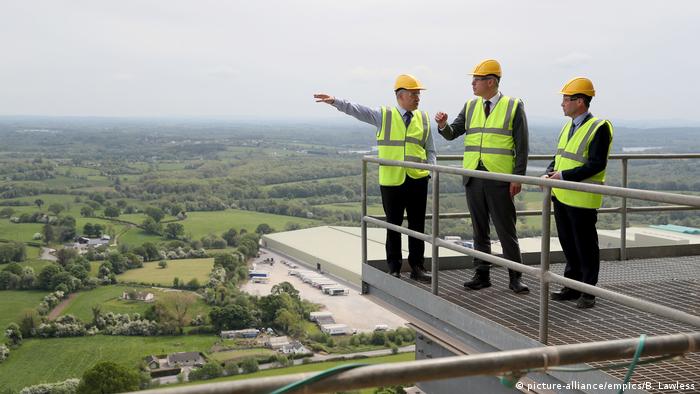 Kevin Lunney (right), pictured in May this year, with Brexit Secretary Stephen Barclay

The evening of September 17 was unusually warm in the small town of Derrylin, eight kilometers (5 miles) north of the Ireland-Northern Ireland border.

But for Kevin Lunney, a senior executive with Quinn Industrial Holdings, an industrial conglomerate in the town, it quickly turned into a nightmare.

After making the short drive home to the village of Kinawley after work, he discovered a car blocking his way on the private lane leading to his house, where he lives with his wife and children.

Within seconds, the vehicle in front reversed and smashed into his car at high speed. Two men emerged to drag Lunney out before a third man placed a knife to the 50-year-old's neck and forced him into another car.

A few hours later, Lunney was found seminaked and disorientated by a local farmer on a quiet country road 40 kilometers south of the border in Co Cavan (see map). 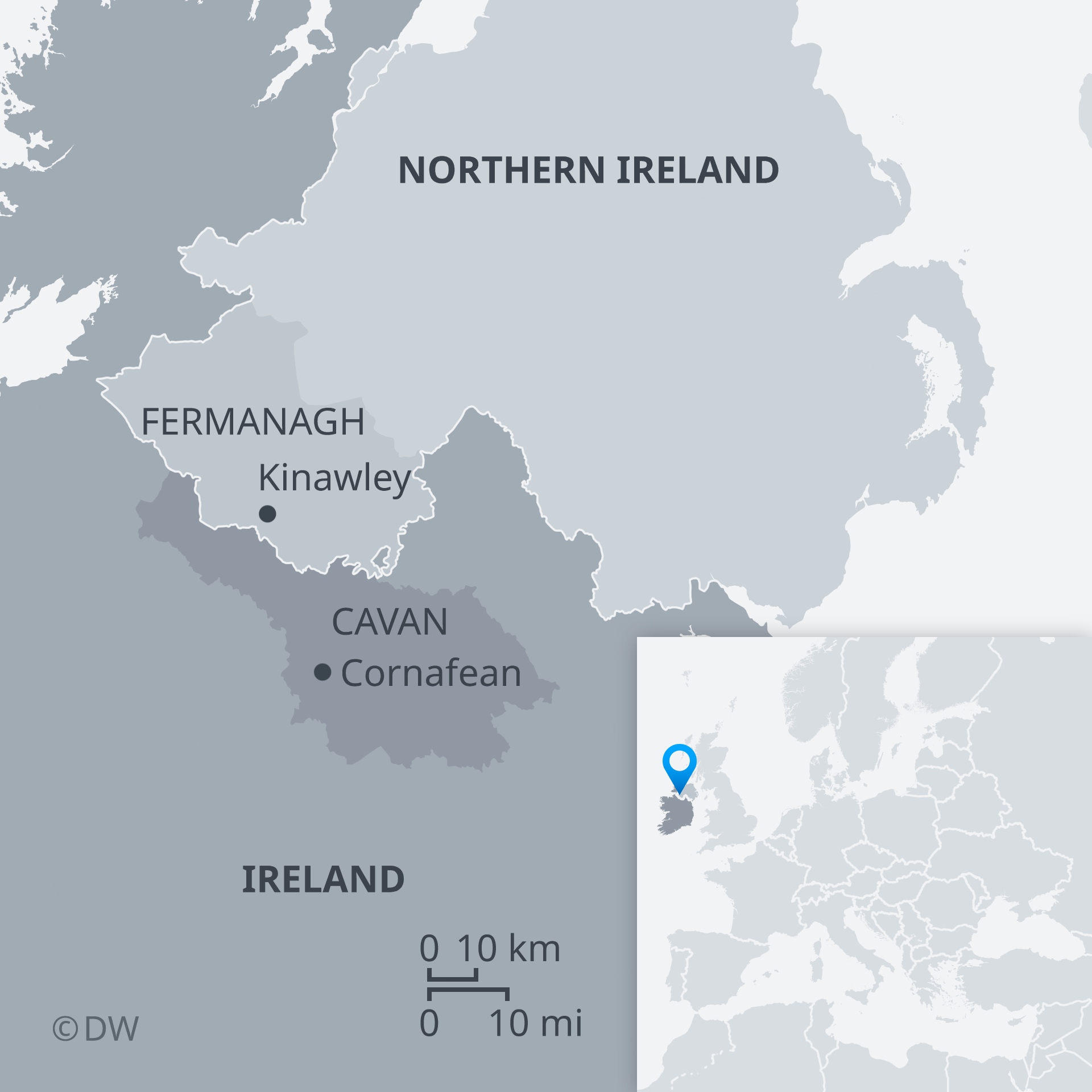 Kevin Lunney was kidnapped at his home in Kinawley, Northern Ireland, a few kilometers north of the border. He was taken south, tortured on farmland, and dumped on a road in Cornafean, 40 kilometers south of Kinawley in Ireland

He had been abducted and tortured. His leg was broken in two places, he had deep cuts across his face, arms, legs and chest. His fingernails had been cut clean off and his wounds had been doused in bleach, leading to further agony. The letters "QIH" — the initials of the company Lunney works for — had been carved with the knife into his chest.

Speaking to the BBC this week about his ordeal, Lunney says his attackers told him: "You know why you're here. It's about QIH and you're going to resign." Such was the severity of the condition he found himself in when dumped on the road south of the border hours later, he thought he was going to die.

Thoughts of his family kept his spirits up sufficiently for him to find the strength to flag down a passing farmer and raise the alarm.

The story of how Lunney ended up on that road has roots in Ireland's economic, social and political past and future. It also helps to explain just why the question of the border in Ireland has formed such a central role in the Brexit debate.

That region in the Irish borderlands, straddling the counties of Cavan and Fermanagh, is rural, sparsely populated and desolate. Yet, starting in 1973, something of an economic miracle happened there.

That was the year Seán Quinn, the son of a local farmer, began selling stone from a small quarry on the family farm. Over the next three decades, the enterprise developed beyond his wildest dreams into the Quinn Group, a major industrial and manufacturing operation that eventually included financial services, health insurance, hotels and property management in its global portfolio. 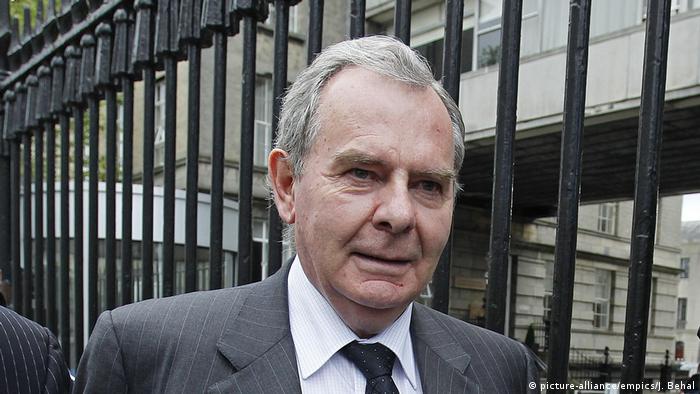 Seán Quinn was once Ireland's richest man. In 2012, he was declared bankrupt

It created a thriving local industry and thousands of jobs out of practically nothing in a region known previously for the Troubles, high levels of unemployment and emigration.

But Quinn made a monumental mistake during this time. Between 2005 and 2007, he had built up a 28% stake in Anglo Irish Bank, the doomed entity whose collapse was a key component of the post-2008 financial and economic crisis that afflicted Ireland.

Quinn's wealth was dramatically wiped out. He was declared bankrupt in Ireland in 2012. The Quinn Group survived and rebranded as Aventas, with the building and packaging divisions forming QIH. It was sold in 2014 during an insolvency process to a consortium of local businessmen backed by US hedge funds Silver Point Capital, Brigade Capital and Contrarian Capital.

Lunney, who had previously worked for Quinn, was one of those local businessmen.

Despite the calamitous nature of his exit from his business empire, Quinn remained a popular figure in the local area. In 2015, he became a QIH adviser on a €500,000 salary. However, things soured and in May 2016, Quinn was sacked.

Since QIH's rebirth in 2014, scores of incidents of harassment, intimidation and threats of violence have taken place against the company, its executives and its property, with the attack on Lunney the culmination of a near five-year campaign. 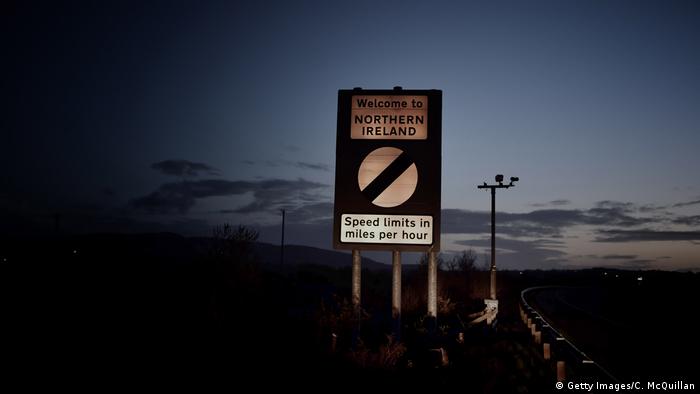 The tactics of intimidation have centered around the pressuring of executives to step down. "There's a campaign by Quinn loyalists against the existing management and it is vile," one local person told DW on condition of anonymity.

Quinn himself has made no secret of his desire to return in some form to the company. In an interview with the British television station Channel 4, he said that right up until the incident with Lunney, he had ambitions to "to go back into those offices and sort out Quinn Group" but that those ambitions are dead now because of the attack on Lunney and how any potential return of his would be perceived.

At times, he has faced criticism for his failure to denounce acts ostensibly carried out in his name. The recent attack led to accusations that Quinn himself, who still lives in the area, had some involvement.

He strenuously denies this. A sermon by the local parish priest Oliver O'Reilly blamed the savage attack on a "Mafia-style group with its own Godfather" and "paymaster or paymasters." Quinn was angered by the sermon and visited the priest's house to complain. The priest said Quinn "objected to the tone of my homily."

In the interview with Channel 4, Quinn condemned the attack on Lunney and repeated his denial of any knowledge or involvement. "No, no, no, no I didn't...I had no hand, act, part of knowledge...or no gain in doing anything to Kevin Lunney. Kevin Lunney and I were good friends for years," he said. 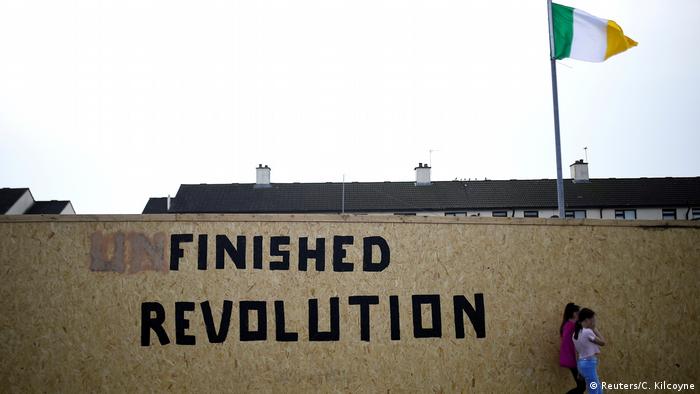 Shadows on the border

While no one has been arrested for the attack, few locals have any doubt that the ongoing campaign of intimidation is being waged by those with links to illegal Irish republican dissident groups such as the Provisional IRA and the Irish National Liberation Army (INLA).

"Some of them are local thugs and republican dissidents who wouldn't be happy with anything," a local told DW, again on condition of anonymity.

Organized crime in Ireland's border region has long been dominated by such groups and the flaring up of such casual violence in the area comes at a time when concerns over the consequences of a hardening of the border as a result of Brexit have intensified.

Lunney says he is recovering well from his ordeal and the company he still works for continues to operate profitably and employ several hundred people locally. But in this area, scarred by violence both recent and not so recent, there is still considerable fear over what the future may bring.

"Brexit is only a minor topic sometimes," said one local man. "There is no shortage of storylines around here."