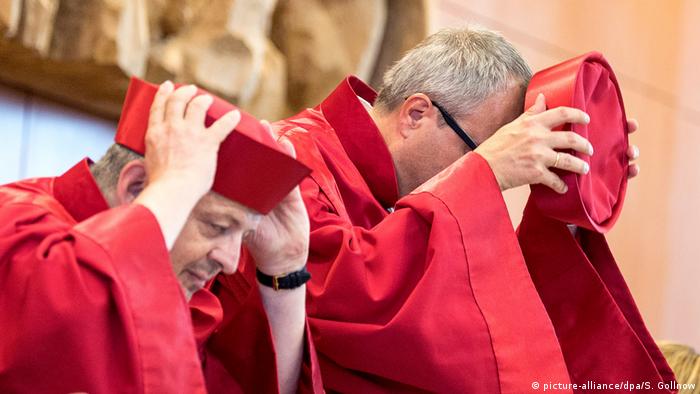 When Germany's Constitutional Court judges on Tuesday begin two days of hearings on a ruling regarding the European Central Bank's (ECB's) once massive bond buying program, they might feel like being stuck in a time loop similar to the Hollywood blockbuster "Groundhog Day."

As in almost every year since 2015, the issue of whether or not the central bank's multi-billion-euro crisis fighting measures are legal is again on the table of the 16 judges at the court in Karlsruhe.

In June 2015, they were dealing with a challenge to the ECB's Outright Monetary Transactions (OMT) program, which promised cheap liquidity to eurozone banks in the wake of the sovereign debt crisis of 2012. The program, however, was never implemented making it relatively easy for the judges to strike down the challenge in 2016, after the European Court of Justice had already ruled it legal.

The issues besetting the ECB's emergency measures turned more complex in February 2016, when a complaint about the bank's Public-Sector Purchase Program (PSPP) was brought before the court. Under the program, also known as quantitative easing (QE), the ECB bought government bonds and assets to the tune of €2.6 trillion ($2.9 trillion) between 2015 and December 2018, when PSPP was officially ended by the bank.

But it could be easily relaunched, the critics say, if the ECB finds eurozone growth faltering again and the threat of deflation — meaning falling prices — rears its ugly head in the 19-nation currency bloc once more. 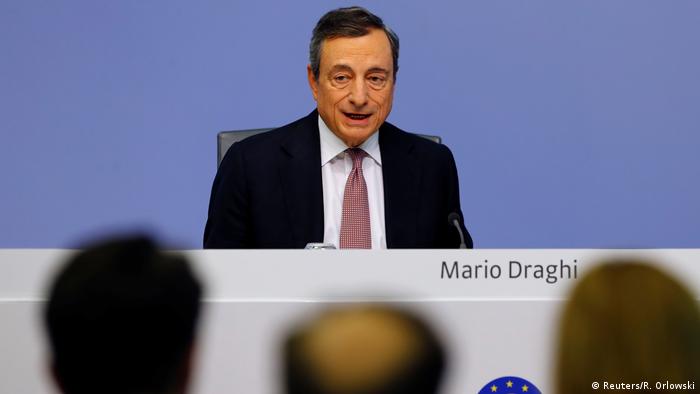 After the July 25 meeting of the ECB governing council, President Mario Draghi indicated that a fresh package of monetary stimulus to boost the ailing eurozone economy was in the cards, including a cut in rates and a fresh round of asset purchases

The ECB has always argued that its bond buying on the secondary market, as conducted under its QE program, is not illegal under Article 123 of the Treaty of Lisbon. Its extended asset purchases were "fully within our mandate" to insure currency stability, it claimed. But the German plaintiffs, who include Eurosceptic politicians, academics and industry chiefs, argue the ECB is effectively bankrolling highly indebted EU governments by printing money.

When they brought their case before Germany's highest court in 2016, their lawyers also argued that the ECB program "puts market participants in a position to buy without risk," and that it "removes the incentive of issuing states to pursue a sound fiscal policy." As a result, they said, German taxpayers would be saddled with enormous debt through the ECB's bloated balance sheet.

And indeed, European law forbids the bank from buying bonds and other assets directly from governments and participating in so-called primary market debt sales. But it can buy from bondholders in the secondary market.

This practice was ruled in line with EU treaties and the powers of the ECB by the European Court of Justice in December 2018 — a verdict that came after the German Constitutional Court referred the case to Europe's highest court in 2017. Gunnar Beck, a lawyer and plaintiff in the case, said at the time that the referral to the European Court of Justice shows that the German court "lacks the courage to act on its own legal analysis and has effectively delegated the task to the ECJ which will simply disregard it." 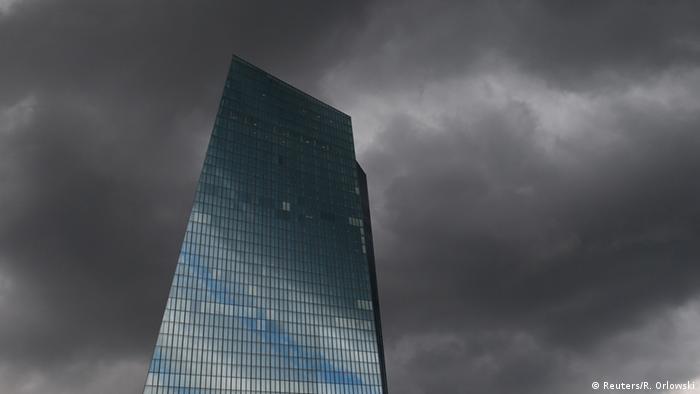 Whether the German judges now find the courage to rule against the judgment of their European colleagues is a billion-euro question. Germany's central bank, the Bundesbank, has bought hundreds of billions worth of sovereign eurozone debt in the name of the ECB — liabilities that have to be born by German taxpayers in the case of their collapse.

It's highly unlikely though, that the court in Karlsruhe will rule these purchases unconstitutional because this would plunge the ECB's entire policy into complete disarray. Instead, Germany's top court may apply more stringent criteria for when, and how much, the ECB can buy.

Hendrik Haag from Frankfurt-based law firm Hengeler Mueller, says this would have consequences for future ECB monetary stimulus programs should the need arise. Already under the old QE program the ECB was "clearly desperate for new material [bonds] to buy," he told DW, and added: "It is difficult to see that in such a circumstance that there is a clear distinction between buying in primary and secondary markets. That's going to be the very, very tricky question."

Thanks to its budget surpluses, Germany is issuing less and less debt that can be purchased on the secondary market. But the ECB bond buying has to be proportional to the size of the country, meaning German debt always comes first. Therefore, in the case of the German court attaching more strings, the ECB has to get seriously creative when it choses to relaunch QE.

But Germany's judges might also want to strengthen democratic oversight of ECB policy by national governments. Already in the 2017 referral of its QE case to the ECJ they noted that the Frankfurt-based central bank's decisions were lacking control by elected governments and parliaments.

So, with ECB President Mario Draghi mooting a restart of the central bank's monetary stimulus amid a new downturn of the eurozone economy, the next ruling, expected for later this year, might not be the last Germany's highest judges will have to make on ECB policy.