German police say they've searched the premises of four people believed to have had ties to Monday's attacker in Vienna. Austrian authorities acknowledged intelligence errors and announced the resignation of personnel. 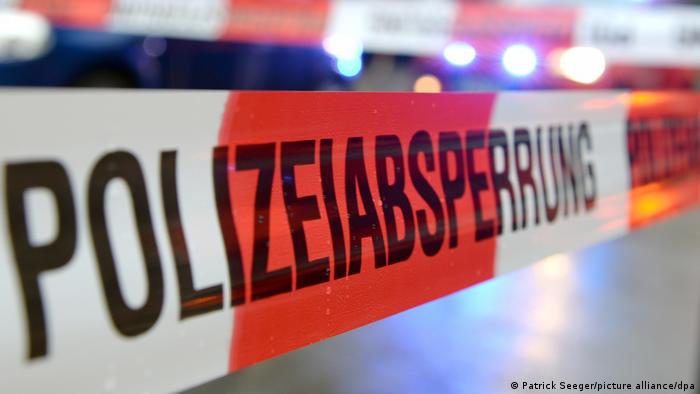 "There is no initial suspicion that the four people affected by today's measures took part in the [Vienna] attack," said the BKA, based in Wiesbaden, "but there are believed to have been links with the suspected attacker."

The 20-year-old attacker was killed by police on Monday after he shot dead four people and injured more than 20 others in central Vienna.

The dual Austrian-Macedonian national had already been convicted in Austria for trying to join the extremist Islamist movement IS in Syria.

On Thursday, Austrian Interior Minister Karl Nehammer said the attacker seems to have been linked to a radical Islamist network that extended to Switzerland and another country.

Nehammer did not name the second country, but German Interior Minister Horst Seehofer on Thursday said there was a connection to Germany.

"It is now a key task for German security agencies to evaluate and check these contacts," said Seehofer.

In addition, Swiss federal police said Thursday two acquaintances of the attacker had been detained near Zurich, reportedly aged 18 and 24.

On Thursday, Austrian opposition parties failed to press a no-confidence motion against Interior Minister Nehammer after he had acknowledged intelligence errors.

These included a Slovakian police statement that "suspected persons from Austria" had been trying to buy ammunition during the European summer.

Vienna police chief Gerhard Pürstl announced on Friday a reshuffle in Austria's intelligence services following the intelligence errors. He said that Austrian agents had observed a meeting between German radicals and the 20-year-old attacker. Germany had asked Austrian authorities to monitor the meeting in Vienna in July.

Pürstl acknowledged that mistakes were made in the risk assessment of the would-be attacker, who was on parole after a previous terrorism-related conviction.

Pürstl had said the killer was not clearly identifiable in photos sent from Slovakia. He then announced the resignation of Vienna's intelligence chief, as well as several other changes in personnel.

Nehammer said among the 16 suspects detained in Austria four already had convictions for terrorism-related offenses, two for violent crimes, and two for an attempted "honor killing."

"We have had intensive cooperation with the FBI," Nehammer said, adding the US agency had provided Austrian authorities with "valuable information."

During a candlelight vigil in Vienna on Thursday, imans, rabbis and the city’s Roman Catholic Cardinal Christoph Schoenborn, walked past attack locations and prayed together for the victims.

The youngest was a 21-year-old, identified as Nedzip V. The others were a 24-year-old German student, who had been working as a waitress, a 39-year-old man and a 44-year-old woman.

It is set to be a show of inter-religious unity after deadly terror attacks in Nice and Vienna. Christian bishops and a Jewish Rabbi will give speeches alongside a top official from the Central Council of Muslims.