The two suspended officers are under investigation after a witness allegedly saw them making the Nazi salute. It is illegal to make the Nazi salute in public in Germany. 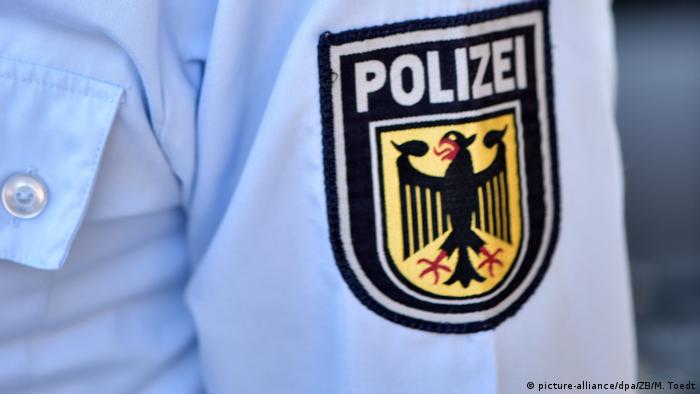 The two German federal police officers, as well as a member of a voluntary citizens' security force, are under investigation for inciting hatred after a witness saw them doing the Nazi salute and making racist comments outside a pub in the southern city of Rosenheim, police said.

In a press release, police described the comments as "table talk" made under the influence of alcohol, the German news agency DPA reported. Police did not want to give details of the statements as they are looking for further witnesses.

Under German law, making the Nazi salute in public is illegal, as is the display of Nazi emblems.

The latest development in this case comes following days of anti-migrant protests in the German city of Chemnitz, after a German man was fatally stabbed and two migrants were identified as the main suspects.

"We will not allow the extreme right to infiltrate our society," Justice Minister Katarina Barley told the Germany's Bild newspaper on Sunday, while urging authorities in Saxony to investigate far-right groups.

Leftist groups are holding a concert in the city on Monday to condemn xenophobia and hatred against refugees and foreigners.

Swastikas on shields. Cries of "Blood and Soil." Nazi symbols and slogans were on full display in the Charlottesville confrontations. DW looks at where US and German neo-Nazis overlap. (17.08.2017)

US tourist beaten for giving Hitler salute in Dresden, Germany

A tourist from the United States was punched in Dresden after he mimicked the Nazi salute multiple times. The incident came a week after two Chinese tourists were taken into custody for the same reason. (13.08.2017)