Authorities in the eastern state of Brandenburg seized dozens of guns, Nazi paraphernalia and a WWII bazooka — as well as human bones. Authorities hailed the raid as a huge success against international weapons dealers. 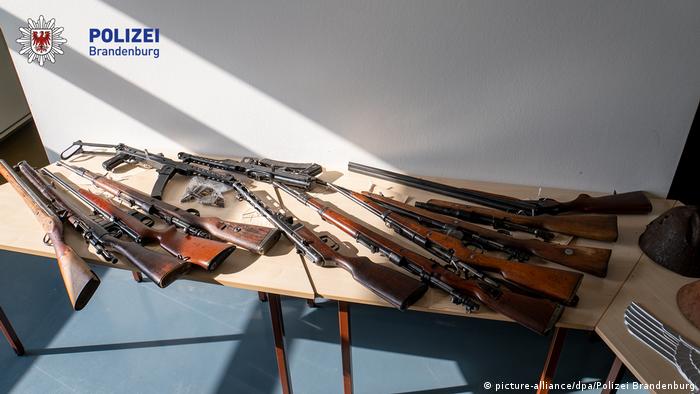 Police in the eastern German state of Brandenburg seized over 30 firearms — including handguns and rifles — as well as several items of Nazi paraphernalia in searches across the state.

German authorities were tipped off by Austrian counter-terrorism officials, who flagged the sale of two Russian submachine guns that were purchased by a 56-year-old man in Brandenburg.

Brandenburg state Interior Minister Michael Stübgen praised the raids as an example of international cooperation and a successful step in the fight againstright-wing extremism.

"We will not allow those with radical minds to stockpile weapons. We show no mercy there," he said. 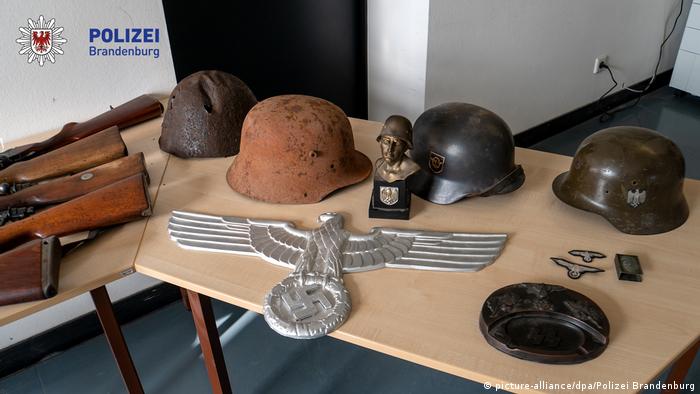 According to a statement released by Brandenburg police, authorities searched the homes and cars of at least four suspects in the state — including the 56-year-old, who was already known to police for violating Germany's weapons law.

Police uncovered dozens of firearms and rounds of ammunition, as well as Nazi memorabilia, including a metal eagle on top of a swastika.

During further raids against two other suspects, investigators found machine guns as well as a bazooka from World War II and several other grenades and detonators.

Human bones were also recovered — although authorities said these presumably stemmed from someone who died during World War II.

All four of the suspects were initially detained but have since been released after giving "extensive confessions" to the police. Investigations against the suspects are still ongoing.