German police have evacuated several courthouses in cities across the country following a series of bomb threats. Authorities are securing the premises. Similar recent threats turned out to be false alarms. 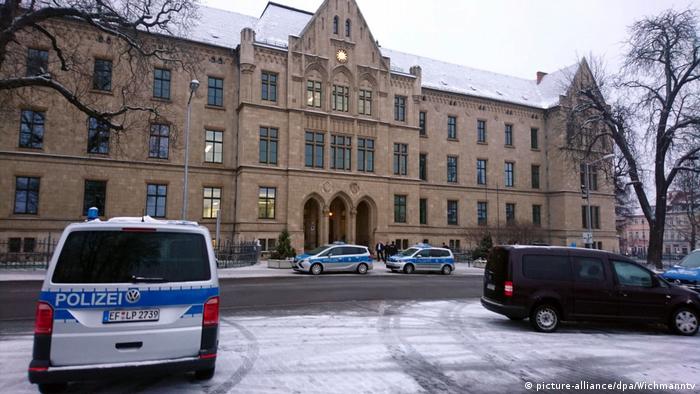 The threats were made by email and vowed attacks across Germany.

Germany is on high alert following a series of terror attacks in the country and across Europe. 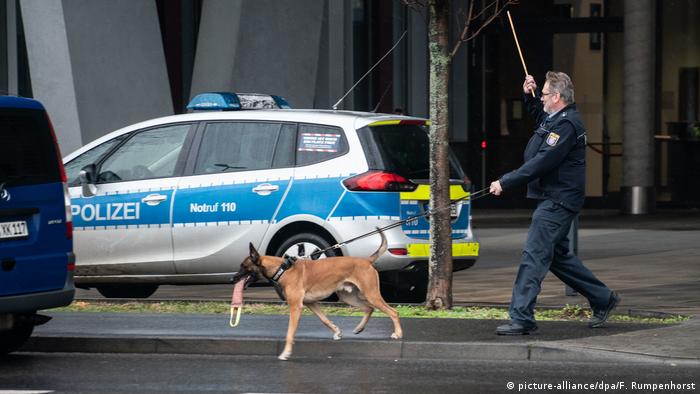 On Twitter, police in Wiesbaden said their operation was "ongoing."

Brandenburg police said they had cleared the building but were still investigating the situation. They had to clear out around 200 people before combing the court for explosive devices.

Similar bomb threats have disrupted proceedings at other German courts in recent weeks; the previous threats turned out to be unfounded.

Security has been tightened at court buildings across Germany, prompted by fatal incidents, over the past three decades.

In 2012, a Bavarian prosecutor was shot dead in a Dachau courtroom by a 54-year-old transport operator after his conviction for failing to pay social security contributions for his employees.

In 2009, a 28 -year-old man holding xenophobic views stabbed to death an Egyptian-educated pharmacist, appearing as a witness, in a Dresden courtroom. Her husband was severely wounded.

In 1994, seven people, including the presiding judge, were killed when a man convicted of assault opened fire with a pistol and then detonated a bomb inside a courtroom in the town of Euskirchen, west of Bonn.