Police in Germany managed to salvage a pizza order after a traffic accident in Baden-Württemberg. Both drivers involved in the crash suffered serious injuries, but the Italian food was found unscathed. 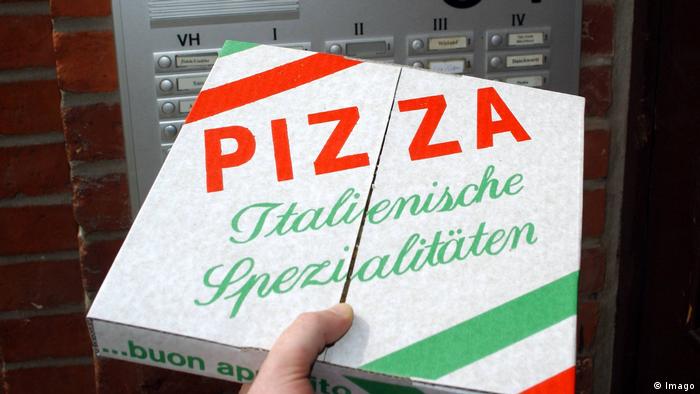 A pizza delivery man in the town of Gaggenau, in the southwestern state of Baden-Württemberg, failed to yield to a vehicle transporting medical supplies early Saturday, causing a collision that damaged at least one of the cars along with a traffic light and a street lamp.

Though both the 46-year-old pizza delivery man and the 24-year-old medical supplies driver were taken to the hospital with serious injuries, police at the scene found the pizza intact and were able to deliver it to its waiting customers without much fuss.

"The pizzas were still hot and they were close to where they were meant to end up, so we simply completed the delivery," a police spokesman said, according to German news agency DPA.

The number of deaths on German roads last year fell to 3,214, but there were 2.6 million accidents. It was the highest number of traffic accidents since reunification. (24.02.2017)

Germans like to joke that their country has more pizzerias than Italy. So why is Domino's Pizza of the United States trying to set foot in such a crowded market – again? (16.05.2010)