The police are caught up in a row with the government over budgets and personnel resources, particularly on Germany's borders. But the Interior Ministry insists that its new budget boost will be more than adequate. 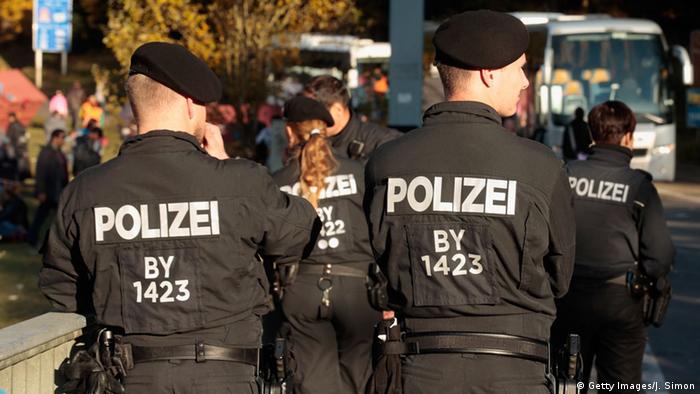 A row has erupted between the Interior Ministry and a leader of one of Germany's police unions. Gdp deputy head Jörg Radek says police are not in a position to fulfill the government's pledge to extend border controls indefinitely.

"We can manage for a period of maybe three weeks, but our personnel strength won't last any longer," Radek told the "Neue Osnabrücker Zeitung" on Friday. Federal police officers have been posted on the Austrian border since mid-September, and "since then we have accumulated more than 2 million overtime hours - that's the equivalent of 1,100 forces," Radek said.

Radek added that the weight of the task was forcing police to neglect duties such as protecting airports and railway stations and patrolling football matches. "It's not even enough now," Radek told the paper. 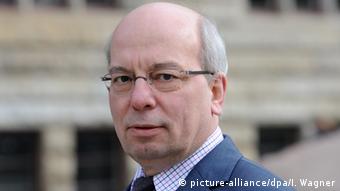 Radek did not see any relief in the 3,000 extra jobs that the government has promised to introduce in the next three years. "That'll only help us in three years' time," he said. "We can't put those people on duty now." More than this, Radek was skeptical about suggestions that the military could be used to man border checkpoints. "Soldiers don't know police practice and don't bring any experience," he said. "On top of that, you'd have to change the constitution," he added, referring to the fact the German army is theoretically banned from operating inside the country's borders.

He received support from the rival police union DPolG. "The burdens have become so great that they are unbearable for the police," DPolG chairman Rainer Wendt told DW. "I'm not sure what he meant by three weeks - that sounds like an ultimatum - I wouldn't go along with that. You have to ask what's going to happen in three weeks - the police won't just stop working."

But Wendt also condemned Interior Minister Thomas de Maiziere's announcement that the border controls would go on indefinitely. "That was a devastating message for the police officers," he said. "They're doing 12-hour shifts, ruining their health, their families are being burdened - they can do that for a while in exceptional circumstances, but de Maiziere has turned the exceptional burden into a rule, and that's wrong."

During Friday's regular government press conference in Berlin, Interior Ministry spokesman Johannes Dimroth batted away Radek's criticism, saying police had managed very well so far. "The federal police are currently under extreme pressure, but extending border controls seems to be very viable, as the last few months in particular have shown," he said. "The planned increased in personnel for the federal police represents a growth that has not been seen for decades. Of course these forces are not immediately available, but everything is being done to support and reinforce the police." 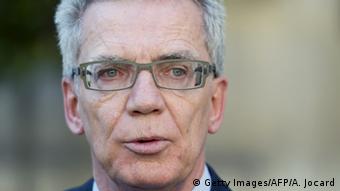 According to the Interior Ministry, the federal police will receive an extra 200 million euros ($217 million) this year to deal with the influx of refugees, some 159.4 million euros of which is earmarked for bolstering border controls. Another 230 million euros is also being injected into the police force to bolster security.

"All that is nonsense, of course," Wendt said. "And that really is very annoying, that they talk like that, because those 3,000 new jobs have absolutely nothing to do with the situation on the border." Instead, Wendt said, the ministry should take on extra short-term administrative personnel to support police who interact with refugees - something the union has been calling for. "For example, with registration, searching, transport and care," he said. "At the moment police officers have to do all that." But the ministry has so far refused to consider this.

There has been no small amount of tension between German politicians and police in recent weeks, not least since Ralf Jäger, interior minister of North Rhine-Westphalia, criticized the Cologne force for failing to call for "badly needed backup" during the New Year's Eve attacks at the city's main railway station.

There have also been a host of media reports about police shortfalls. A leaked police report published by "Bild" newspaper after the Cologne attacks suggested that the chief on duty at the station at the time was barely in control of events - and that he feared deaths.

That mirrored a leaked January 2015 Interior Ministry report that found that police would be unable to adequately protect themselves from gunfire from a Kalashnikov, the current favored weapon of terrorists.

Radek has been a longtime critic of the Interior Ministry's police budgeting, especially under de Maiziere. "For years, we have been skimped to death so that Germany could balance its budget. Minister de Maiziere was blind and deaf to the condition of the federal police force," he told "Der Spiegel" magazine.

Germany's largest police union has said plans to extend border controls indefinitely are unworkable. Temporary checks have been used in Germany and other EU nations to stem refugee arrivals. (22.01.2016)

Despite the cold and snow and rumors that Europe will shut its borders, the influx of migrants along the Balkan route continues. Up to 2,500 people pass through Serbia every day, as Lidija Tomic reports from Adasevci. (22.01.2016)