After charging a man with making a biological weapon, Cologne police have raided further apartments where he likely stored toxic ricin. Germany's intelligence agency said it's "very likely" a terror attack was thwarted. 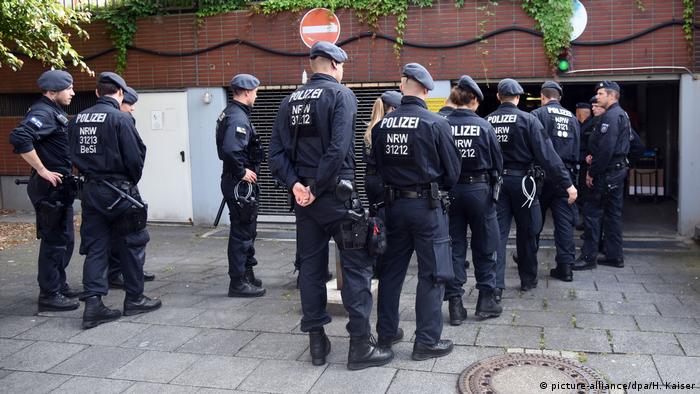 Police in the western German city of Cologne have searched several empty apartments in a high-rise after finding the highly toxic substance ricin in one of the apartments late Tuesday.

On Thursday, police charged a 29-year-old Tunisian man with producing a biological weapon and for "preparing a serious act of violence against the state."

Authorities believe the man may have stored more ricin in other apartments in the building and are combing the area along with specialists from the Robert Koch Institute, the German agency responsible for monitoring public health as well as diseases and infections, reported local public broadcaster WDR.

The 29-year-old suspect may have stored more of the poisonous substance in several other apartments, local media reported

The Rheinische Post newspaper reported that the man had managed to produce enough ricin for 250 to 1,000 toxic doses, citing security sources.

Ricin is 6,000 times more powerful than cyanide, with exposure causing organ failure and death within 36 to 48 hours, according to the Robert Koch Institute.

Hans-Georg Maassen, the head of Germany's domestic intelligence agency (BfV), said his agency was tipped off that a Tunisian man had attempted to buy highly toxic substances.

Although investigations into the matter have not yet been completed, Maassen told the Rheinische Post that a look at the evidence indicates "it's very likely a terrorist attack was possibly thwarted."

Prosecutors said Thursday they'd not yet found evidence that the man was planning an attack at a specific time or place.

The man allegedly ordered 1,000 castor seeds — which are used to produce ricin — from an online shop in May and successfully produced the toxin in June, prosecutors said.

Possessing ricin is restricted by the 1997 War Weapons Control Act. There is no known antidote to the toxin.