A German teen's parents have failed to pay a fine for truancy after the pair refused to allow their son to enter a mosque on a school field trip. The parents justified the move by citing "ideological reasons." 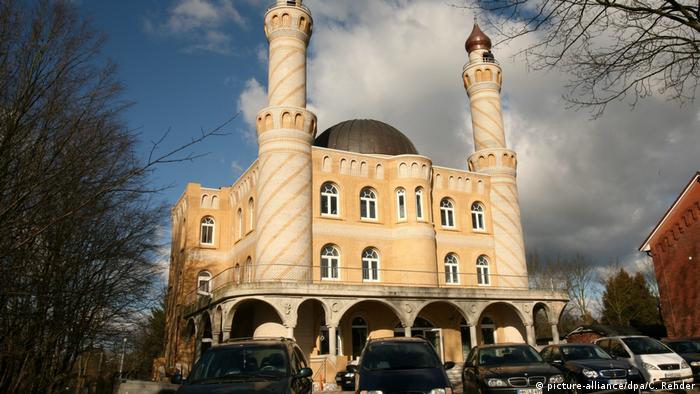 The prosecutor's office in Germany's Itzehoe is reviewing whether or not the parents of a seventh grader may have to appear in court because they failed to pay a truancy fine over a skipped field trip to a mosque.

The 13-year-old student's parents refused to allow their son to join his classmates on the June 14 school trip of this year to a mosque in the northern German town on Rendsburg, prosecutor Peter Müller-Rakow said on Wednesday. The field trip was reportedly part of a geography lesson.

Saudi Arabia is closing the King Fahd Academy in Bonn by the end of the year, Saudi diplomats say. Many Germans were wary of the school, which has been suspected of attracting Islamists to Germany. (29.08.2016)

A teenage Muslim girl adverse to swimming lessons with boys has lost her appeal before Germany's top administrative court. Judges have ruled that the wearing of a full-length "burkini" swimsuit satisfies Muslim norms. (11.09.2013)

A local education authority subsequently fined the parents a total of 300 euros ($328) for their son's truancy - which is a common practice in parts of Germany.

After the couple appealed the decision, the case was referred to Müller-Rakow who will now decide whether or not the parents stand trial over the case.

The father justified the decision by citing "ideological reasons" in a written letter to the school which was published online by the family's lawyer Alexander Heumann.

The letter emphasized that the parents worried about their child's safety, saying: "For years we have been hearing reports about religiously-motivated violence connected with Islamic people."

The parents do not belong to any religious group and worried that their son could possibly be "indoctrinated" during the trip. The couple said no one can be forced to enter a house of worship.

According to German public broadcaster NDR, the family met the lawyer through the "Pax Europa" association - a movement which is concerned with the so-called "Islamization of Europe."

Heumann is also a former member of the far-right Alternative for Germany Party (AfD) and was one of the organizers for "Dügida," a Düsseldorf-based offshoot of the anti-migrant, anti-Islam PEGIDA movement.

The school's principal, Renate Fritzsche said that there are no exceptions to Germany's mandatory school law.

"We also have Muslim children with us and Muslim parents also know that there are no exceptions," she told NDR, emphasizing that Muslim children must take part in swimming lessons and sex education.

The goal of education, Fritzsche emphasized, is to teach children about other cultures so they will be able to interact and tolerate them.

Islamophobia has been on the rise in Germany, which took in around 800,000 mostly Muslim refugees in 2015.