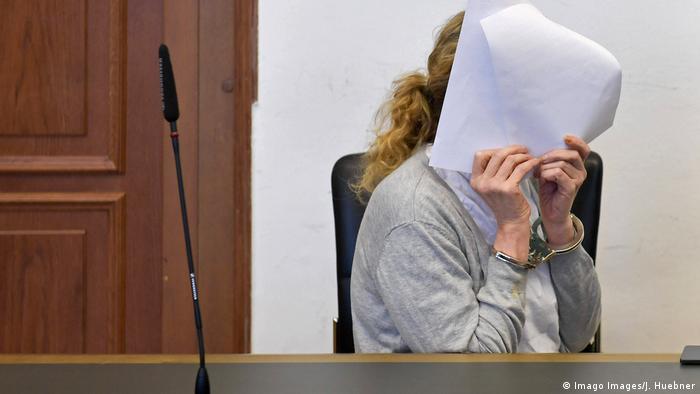 A 54-year-old former German nurse was convicted Tuesday by a regional court in the central German city of Giessen of causing dangerous bodily harm for poisoning her colleagues at a hospital.  She was sentenced to three years in prison.

According to prosecutors, on three occasions — twice in September 2017 and once in March 2019 — the woman put out drugged cookies and coffee in a kitchenette for her colleagues at the Kerckhoff Clinic in the town of Bad Nauheim in the central state of Hesse.

The cookies and coffee were laced with the anti-anxiety drug Oxazepam. Several of her colleagues reported feeling dizzy, seeing double and fainting after eating the cookies.

As one of the victims had a life-threatening reaction to the drugs, prosecutors initially charged the woman with one case of attempted murder. However, the court found there had been no intent to kill, and pursued a lesser charge of bodily harm.

Police began to focus on the nurse after analyzing the clinic's duty roster, and noticing she had been on duty when each of the incidents occurred, according to the local newspaper, Wetterauer Zeitung.

During a search of her residence, police said they found empty packages of the anti-anxiety medication that came from the clinic, and traces of the substances in a mixer.

The woman has been detained awaiting trial since September 2019, and she denies having poisoned her colleagues.

The witnesses in the case, most of whom were poisoned, said she had always been a "reliable" colleague with a "high level of expertise," according to the Wetterauer Zeitung.

Despite the evidence against her, prosecutors have not stated what could have motivated the woman to poison her colleagues.

A French anesthetist has been charged with 17 instances of poisoning patients, seeking to heroically bring them back from the brink of death. Frederic Pechier was already being investigated for nine deaths. (17.05.2019)

Methanol poisoning is a common occurrence in Indonesia, but the latest incident has led to scores of deaths. One region has even declared a state of emergency. (10.04.2018)