German police are investigating a nurse after allegedly finding a syringe containing morphine-laced breast milk in her locker. She is accused of administering the drug to five premature babies at a hospital in Ulm. 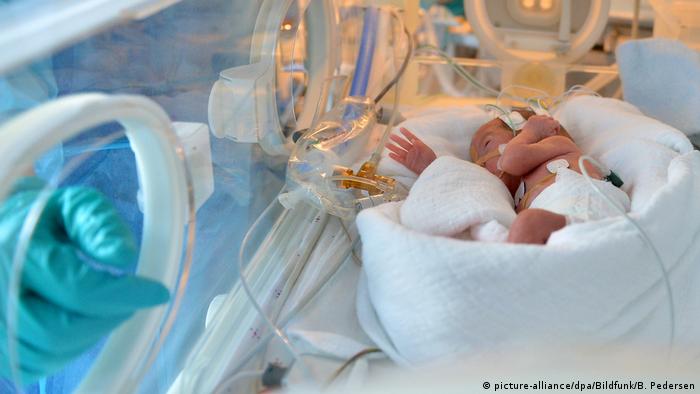 A nurse is being investigated on suspicion of attempted manslaughter after morphine was given to five premature babies at a hospital in southern Germany, police said Wednesday.

Investigators said the woman was on duty at the Ulm University Medical Center when, in the early hours of December 20, five newborns suddenly began to experience life-threatening breathing difficulties.

Fortunately, the babies received swift medical attention and were not expected to suffer any further health problems, police said.

The hospital said it alerted police after urine tests revealed the babies had ingested the strong painkiller morphine. At least two of the newborns hadn't been given the drug as part of their emergency care, police said.

Authorities then searched the lockers of hospital staff who were on duty at the time of the incident. During their investigations, they allegedly found a syringe containing breast milk among the nurse's possessions. Forensic testing showed the syringe had been laced with morphine, police said.

Formal charges are yet to be laid, but the suspect is being investigated for five counts of attempted manslaughter and grievous bodily harm.

Police and the clinic are due to give more details at press conferences scheduled for Thursday.

Baby Saybie weighed little more than an apple when she was born. Doctors said she wouldn't survive long. But after five months in intensive care, she's been given the all-clear to go home with her family. (30.05.2019)

After five months of intensive care treatment, the world's smallest baby has been discharged from a Tokyo hospital. Born at 268 grams, the boy managed to increase his weight tenfold. (28.02.2019)

Doctors have warned against jumping to conclusions after three births at one hospital in which children were born with hand deformities. Clinicians are investigating whether the anomalies are linked. (18.09.2019)