A German newspaper in Hamburg that reprinted Prophet Muhammad cartoons from French paper Charlie Hebdo has been the target of an apparent arson attack. A paper in Belgium was also evacuated after a bomb threat. 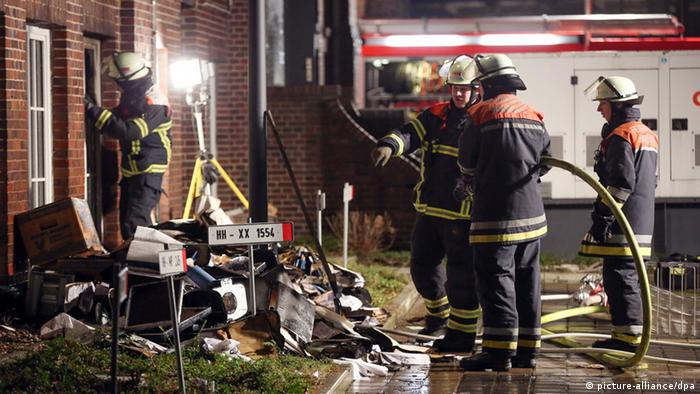 Police said “rocks and then a burning object" were thrown through rear court-yard windows into archive rooms of Hamburg's daily newspaper, the Hamburger Morgenpost around 0200 a.m. local time (0100 UTC).

Two people seen acting suspiciously in the area had been taken into custody, as authorities investigated further, police added, refusing to give more information about those detained.

The investigation had been handed to Hamburg city state's police and intelligence authorities.

The Hamburger Morgenpost had printed three Charlie Hebdo cartoons following last Wednesday's massacre in Paris. The Morgenpost headline on Thursday had read, “this much freedom must be possible.”

The “key question” authorities said early on Sunday was whether there was a connection between with the reprinting of the caricatures, adding that it is “too soon” to confirm such speculation.

“Thick smoke is still hanging in the air, the police are looking for clues,” the Hamburger Morgenpost wrote briefly in its online edition early on Sunday.

The German news agency DPA reported that contents in the newspaper’s archive rooms were destroyed in the apparent attack. No one had been injured in the incident.

"Two rooms on the lower floors were damaged but the fire was put out quickly,” police said.

The offices of Belgium's "Le Soir" newspaper were also evacuated on Sunday after receiving a bomb threat. The paper had republished the Charlie Hebdo cartoons.