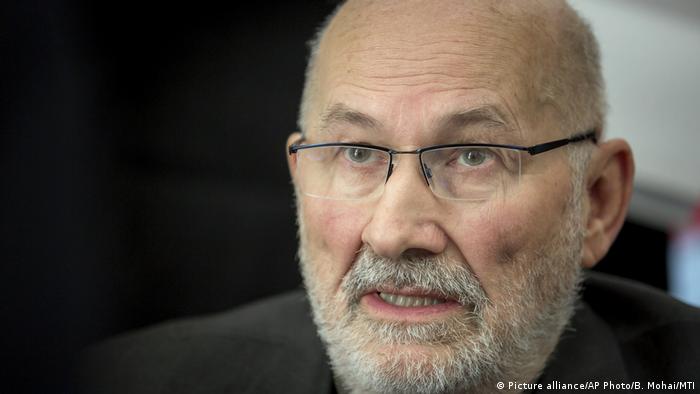 The 84-year-old right-wing extremist was released from a prison in the eastern state of Brandenburg on Monday afternoon, a spokesman for the Brandenburg Justice Ministry said.

They added that his release came with strict security conditions.

Mahler was jailed in 2009 after being handed a 10-year sentence for repeated incitement to racial hatred and for Holocaust denial — which is a crime in Germany.

Mahler's release from prison could be short-lived, with German authorities already putting out a new arrest warrant against him.

Prosecutors in the city of Cottbus said they were pressing charges against Mahler for further cases of incitement to racial hatred. The case concerns texts and other remarks that Mahler published online.

Mahler denounced the charges in a post on his website, saying the new case against him concerns remarks that were "purely opinions."

Mahler has repeatedly and publicly denied that the Holocaust occurred — an act which is a criminal offense in Germany that carries a multi-year prison sentence.

After being temporarily released from prison in 2015 for medical reasons, he spent the next few months appearing at neo-Nazi rallies where he delivered addresses denying the systematic murder of Jews during World War II and the existence of gas chambers.

He went on the run in 2017, fleeing to Hungary and claiming political asylum. He was extradited to Germany and transferred back to prison that same year.

From left-wing terrorist to neo-Nazi lawyer

In the 1960s and early 1970s, Mahler worked as a lawyer representing many prominent leftist figures in West Germany.

He later went on to help found a radical left-wing terror group called the Red Army Faction (RAF), along with Andreas Baader, Gundrun Ensslin, Ulrike Meinhof and others. Mahler also participated in some of the group's criminal activities, including bank robberies and kidnappings.

After being convicted of his crimes with the RAF, he developed his right-wing extremist world view while in prison. He became a prominent member of Germany's far-right scene in the 1990s, eventually joining Germany's extreme-right National Democratic Party (NPD) in 2000.

He represented the NPD in court when the German government attempted to have it banned in the early 2000s, but later split from the party.

A man who allegedly spread hate speech at the Sachsenhausen camp memorial near Berlin is to face face criminal charges. He was part of a group visiting from the constituency of Alice Weidel, leader of the far-right AfD.