Muslim leaders in Germany plan to form an umbrella organization to represent them. The new group would give a united voice to the more than three million Muslims living in Germany. 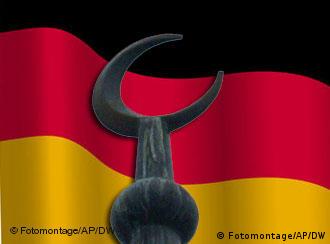 Muslim leaders want to form a new organization that can act as an advocate for all Muslims living in Germany, the Frankfurter Allgemeine Zeitung newspaper reported in its Sunday edition. Currently, only a small number of the more than 3.2 million Muslims in Germany belong to an organized advocacy group.

"Everyone is interested in having this get going as quickly as possible," Ali Kizilkaya, chair of the group Islamrat, Germany's largest Muslim organization, told the newspaper. "But we still need a little more time."

Organizers want to form the new organization in the upcoming months. But they still have to agree on basics such as a name and how the organization will be structured. 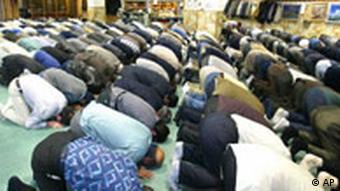 Muslims remain divided on many issues

Muslims make up more than four percent of Germany's population but unlike, say, Germany's Jewish community, they have no one organization which speaks for the majority. Divisions according to country of origin and theological differences have hindered past considerations about joining forces.

Muslims realize they would benefit from having one voice and are determined to develop an organization that would provide united representation, Bekir Alboga, leader of a Turkish religious organization, told the newspaper.

In September, German Interior Minister Wolfgang Schäuble hosted a "Conference on Islam." It was the first time federal authorities had launched a dialogue with the country's Muslim minority.

At that conference, Schäuble mentioned the idea of an umbrella organization. The German government would like a negotiating partner who they could turn to for advice on issues such as Islamic religion classes, ways to better integrate Muslim immigrants into German society, and ideas for limiting the influence of Islamist extremists.

The highest court in the southern German state of Bavaria decided that the state did not overstep its authority by banning Muslim teachers from wearing headscarves in the classroom. (15.01.2007)

The German Muslim community embarked on its first collective talks with the government in Berlin, with both sides saying there had been frank differences but they were keen to get down to detail. (27.09.2006)

Turkish Center in Germany Has High Hopes For Islam Summit

The Center for Turkish Studies in Essen sees an upcoming Islam Summit as an opportunity to improve the religion's standing in Germany. Director Faruk Sen shared his thoughts with Deutsche Welle. (11.09.2006)