A member of Angela Merkel's Christian Democratic Union wants parents in Germany to receive a basic income regardless of their means. But this shouldn't be confused with universal basic income, she said. 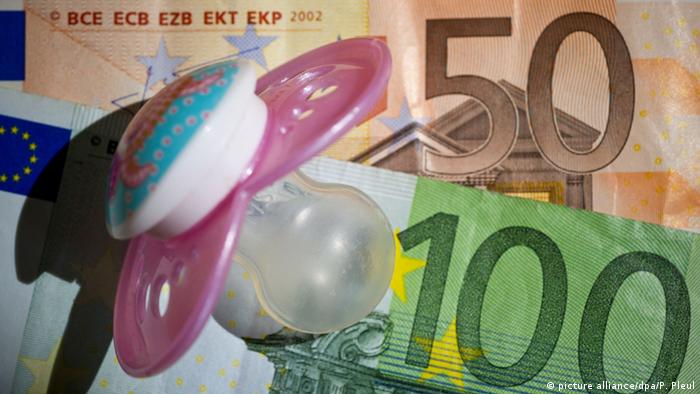 Women in Germany balance career goals with pressure to parent

Studies have a lot to say about how women balance work and family, but what do women have to say about it? DW's Kathleen Schuster spoke to several German women about their expectations and experiences of "having it all." (10.09.2016)

Birthrate in Germany highest in 33 years

The birthrate in Germany has risen to 1.5 children per woman, the first time it has risen so high in 33 years. The new statistics confirm a trend in recent years of a rising birthrate. (17.10.2016)

A German crowdfunding project has been collecting money so that every month a lucky winner gets a basic monthly income for a year. It's a campaign and a social experiment - and it's re-started an old debate in Germany. (06.10.2015)

The child to preschool teacher ratio in Germany has decreased, possibly improving the level of care, according to a new study. Despite the positive national trend, there are still large differences among German states. (29.06.2016)

It wouldn't be the first progressive idea to be taken on by conservatives. A group of Bundestag members in the Christian Democratic Union (CDU) have proposed offering parents a basic state income - independent of their own financial situation.

The fixed monthly payment, the exact amount of which was not mentioned, would be tied to child care costs and would be subject to social insurance contributions.

The payment, part of what the CDU calls its "family pact," would also be paid out from birth until the child starts school, regardless of whether the parents send their children to kindergartens or other daycare centers.

"The family pact is a completely new approach to giving families true freedom to choose," said CDU MP Sylvia Pantel, who has launched the initiative along with a handful of fellow MPs in her party (which is led by Chancellor Angela Merkel).

Parents in Germany can currently claim "Elterngeld" (literally "parents' money") for 14 months after the child's birth to look after their children, with the amount of money they receive based on their income before they had children. In Bavaria, parents can also claim 150 euros ($160) "Betreuungsgeld" ("care money") per month for the child's pre-school years, if they do not want to put them in a state kindergarten. 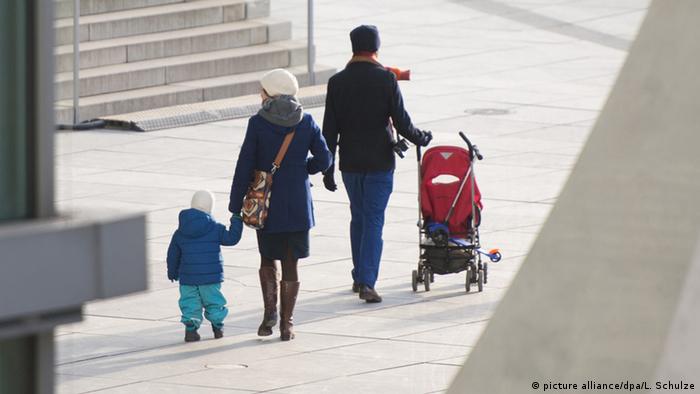 Parents in Germany can claim Elterngeld

But Pantel, who has raised five children herself, says her plan would be much more far-reaching, and would ease the pressure on parents to earn money while looking after their families. "I know that a lot of people think I'm crazy," she told DW. "But we're making a lot of demands on young women, and we're making people ill and breaking up families."

The German state currently pays out around 5 billion euros a year in Elterngeld, but Pantel says her system would actually not cost any more, considering the total cost of child care to the taxpayer if you include the cost of kindergartens and child-raising help schemes.

"At the moment we have a model where we send children to kindergarten very early and for a long time, so the parents can work, get a career, and earn enough for a pension," she said. "And all the risk if you have children is usually the mother's."

Germany's birth rate is one of the lowest in the world and various government measures to encourage people to have children have been largely unsuccessful (though immigration has improved the rate slightly). "At the moment, young educated women are being told: your education is too valuable to the job market, so you should work," said Pantel. "But if we want our population to continue then we have to create the opportunity for it - and properly, not just have a child and then drop it off."

The point of the basic income, she underlined, was not to dictate how a family should raise its children, but to "put the family in a position to make a decision in the first place - and you can't do that at the moment, because you're economically dependent."

Pantel was uncomfortable with the way her proposal was being tied to the free basic income idea in the media - "it's got nothing to do with that, because it's money that is being earned," she said. And basic income activists such as Ronald Blaschke, spokesman for the organization Basic Income Network, were inclined to agree. "Basic income is not a payment for a service, and that includes raising or caring for children," he told DW. 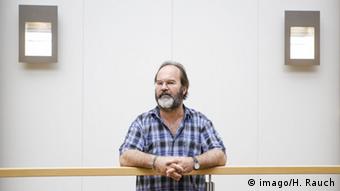 He also had his own counter suggestions: "It'd make sense from my point of view firstly to introduce a child basic income for all children and young people that would secure their livelihood and participation," he said. "Secondly: basic freedom from fees for all care, raising, educational and cultural services for all children and young people, as well as their mobility on public transport."

Nevertheless, he welcomed the fact that "MPs and parties are addressing the basic income issue."

The idea of a universal basic income has been at the margins of Germany's political debates for years. All the major political parties have at least discussed internally whether to introduce some form of it into their program.

In 2006, the CDU's Dieter Althaus proposed the concept of "citizen's money" of 800 euros a month. The party's then-General Secretary Ronald Pofalla was quoted in the "Tagesspiegel" newspaper praising the idea as "visionary," not least because it would cut out a lot of the costly bureaucracy that goes with state welfare benefits: "no more forms, no more means testing."

But many harbored concerns about the effect a basic income on the job market. As the then-General Secretary of the center-left Social Democrats, Hubertus Heil, put it in the "Berliner Morgenpost" in 2006, the plan would mean "people are just given up on, branded as useless, and pushed down a dead end."

Internationally, the idea has also occasionally gained traction. There have been pilot programs, studies, and commissions in Canada, Namibia, Alaska, and India - though they have usually included some compromises.