The child to preschool teacher ratio in Germany has decreased, possibly improving the level of care, according to a new study. Despite the positive national trend, there are still large differences among German states. 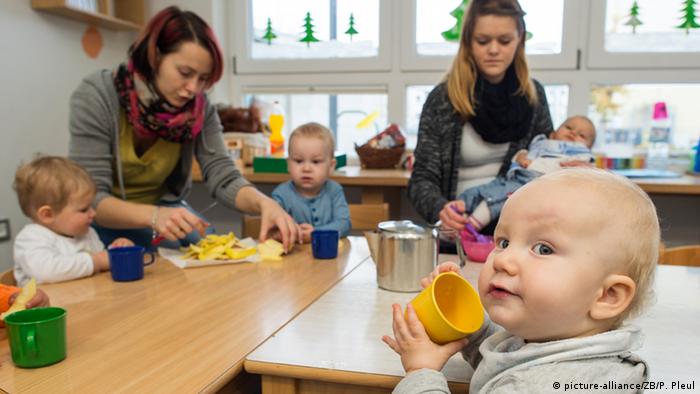 More teachers are caring for children in nurseries and kindergartens across Germany, according to a Bertelsmann Foundation study released on Wednesday.

The study authors said the staff proportions can be an indicator of care quality in nurseries and kindergartens, since children receive more individual treatment when teachers and caregivers have fewer children in a group. 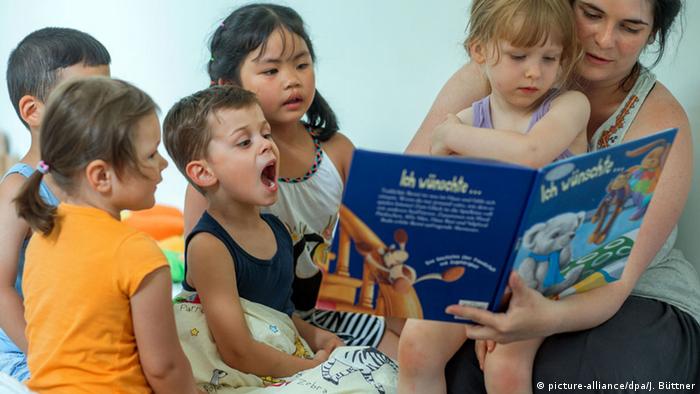 Despite this year's positive trends, the study authors lamented the large regional differences between German states. Educational opportunities differ greatly based on where the child lives.

"Attending a daycare center alone does not improve children's educational opportunities. It depends on the quality that is on offer," said Jörg Dräger, an executive board member of the Bertelsmann Foundation.

The foundation, therefore, has recommended that an additional 107,000 full-time positions for teachers in nurseries and kindergartens which would cost upwards of 4.8 billion euros ($5.32 billion) per year. Dräger admitted that funding such a measure would be difficult and would require the cooperation of federal, state and local governments.

Germany's Family Minister Manuela Schwesig welcomed the results of the study, but also stressed the need for equality between the states, saying that the governments need to develop "a common understanding of quality" for daycare facilities.

The minister added that child to teacher ratios are an important indicator, but not the sole measure of care quality.

A nursery in Lower Saxony has come under fire for saying they didn't employ a Syrian man due to "justifiable concerns" from some parents. The Evangelical-Lutheran Diocese of Hanover has criticized the decision. (29.01.2016)

More than 3 billion euros will need to go to integrating refugees into Germany's education system, a new study has found. Migration continues to be one of the most daunting challenges facing Germany for the coming year. (18.08.2016)