A German crowdfunding project has been collecting money so that every month a lucky winner gets a basic monthly income for a year. It's a campaign and a social experiment - and it's re-started an old debate in Germany. What would you do with 1,000 euros ($1,120) of free money every month? Or, more exactly, what would you do if the government gave you an income - enough to ensure a comfortable life, but few luxuries - but you got it unconditionally, regardless of your actual needs, your other income, even your age? Would you ever work again? And, more to the point, would society collapse if everyone in the country got it?

These are the questions that German crowdfunding campaignMein Grundeinkommen ("My basic income") has been trying to answer.

The campaign, launched in July 2014, runs a monthly lottery whose winner receives 1,000 euros transferred to their account every month for a year. So far, it has been awash with success - 15 people have won, and the organization has already collected enough money to fund the next two basic incomes. Winners have included students, working fathers, pensioners, unemployed people, as well as two children, aged eight and four.

The lottery rules are simple - you don't have to donate to take part, you don't have to be a German citizen, you can enter as often as you like, and you don't have to offer any personal details apart from an email address. Plus, parents can enter their children, and - an added bonus - it is not subject to income tax, since it counts as prize money. 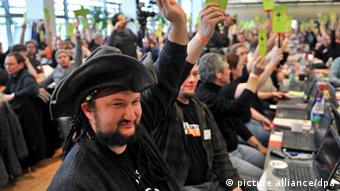 The initiative has injected new life into an old debate - does free money make you lazy? The campaign organizers have a clear answer. Visitors to the Mein Grundeinkommen homepage are greeted by a video about the project's founder Michael Bohmeyer, who himself draws "a kind of basic income" from his part of an Internet firm that he co-founded. "At first not that much changes for people," Bohmeyer told DW. "But what changes is that people have more courage and more security. Almost all of them say that they sleep better, that they have less to worry about. And if they already had a job, in all cases they carried on working - but often also did something else."

One of the winners, Bohmeyer adds, was a young man with a chronic mental illness that was exacerbated by constantly having to apply for certain benefits to secure his income. "Since he's had this unconditional basic income, he's not had any new attacks - he's simply not sick anymore," said Bohmeyer. "These small psychological effects, it has different consequences, but they all lead to this new security."

Past winners, both on the website and in media reports, talk about the new freedom that the basic income gives them. "I am incredibly happy and I feel full of action, especially because I know that I can do the things that I love to do," wrote the 26-year-old Christoph, a call center worker who became one of the first winners.

Though his initiative does not collect data on people's incomes, Bohmeyer has noticed that even middle class winners have experienced positive effects on their lives. "We have one family who are classic middle class - they have their own house in southern Germany, their children get piano lessons," he said. "They thought, well, we're actually doing alright, and wondered if they should even accept the income. But they noticed, after they got it, how un-free they were without it: how many worries and fears they had that they never really reflected on. It was the same with me - it was only when I didn't have to work for my money that I noticed how much pressure there was and that a bad conscience was attached to it."

"It's not really important how much money you had before, but how much you defined yourself by what you earned and did," he said. "But if that is detached from your necessities, you can suddenly be much freer."

The initiative is scrupulously apolitical - nowhere on the website does it pretend to prove any ideological points or advocate any political program. "We're not trying to convince anyone of anything," said Bohmeyer. "Everyone in our team is very excited about the basic income, but we don't know if it would work either."

Ronald Blaschke, spokesman for the activist organizationBasic Income Network says the lottery cannot be seen as a serious experiment, mainly because the people know that the money will stop after a year. "We can't draw any conclusions that say that this is an empirical experience that explains how people would behave with a basic income," he told DW. 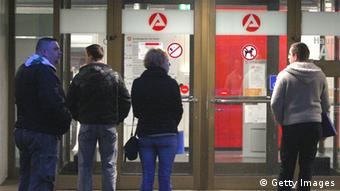 The notion of a basic income has floated in and out of the fringes of German political debates for years. All the major political parties - including Angela Merkel's conservative Christian Democratic Union - have at least discussed it internally. In 2006, the CDU's Dieter Althaus proposed the concept of "citizen's money" of 800 euros a month. The party's then General Secretary Ronald Pofalla was quoted in the "Tagesspiegel" newspaper praising the idea as "visionary," not least because it would cut out a lot of the costly bureaucracy that goes with state welfare benefits: "no more forms, no more means testing."

But he, like the Social Democratic Party, had reservations about the effect on the job market. As the then SPD General Secretary Hubertus Heil put it in the "Berliner Morgenpost" in 2006, the plan would mean "people are just given up on, branded as useless, and pushed down a dead end."

Internationally, and historically, the idea has also occasionally gained traction. There have been pilot programs, studies, and commissions in Canada, Namibia, Alaska, and India - though they have usually included caveats and compromises. Even in the US, a "Guaranteed Annual Income" bill passed the House of Representatives in 1970, only to be killed in the Senate. In June this year, Finland became the first European country to agree, at least in principle, to introduce a basic income - though it would only be available to people who worked, and the actual amount is yet to be decided.

Blaschke insists that the idea - a basic unconditional income free of means testing or any obligation - has never been properly tested. Is that because human society will always be based on work? "No one denies that you need to work to live," says Blaschke. "When a child is born the mother and the father have to work so that the child can live - the issue is what do you mean by work." There is a difference, he argues, between work and work that has economic value. For him, it comes down to a basic human right: "A human being has the right to live whether they are useful to society or not," he maintains.

Have something to say about this? Add your comments below.

Millions of children have no access to school. But a lack of trained teachers means that even those that do may not be getting the education they deserve. (17.04.2015)

Parliamentarians in Berlin have begun the often arduous process of hammering out Germany's 2015 budget. For the first time since 1969, Finance Minister Wolfgang Schäuble is aiming for a bottom line written in black ink. (09.09.2014)

The number of registered unemployed in Germany dropped to its lowest level in 24 years in September. But there are still plenty of jobless people looking for work in a market where skills are of the essence. (30.09.2015)