German lawmakers call for buying sex to be made permanently illegal

Coronavirus has caused Germany’s brothels to close their doors, but some politicians want the ban to become permanent. "Sexual activities are not compatible with social distancing measures," they wrote to state premiers. 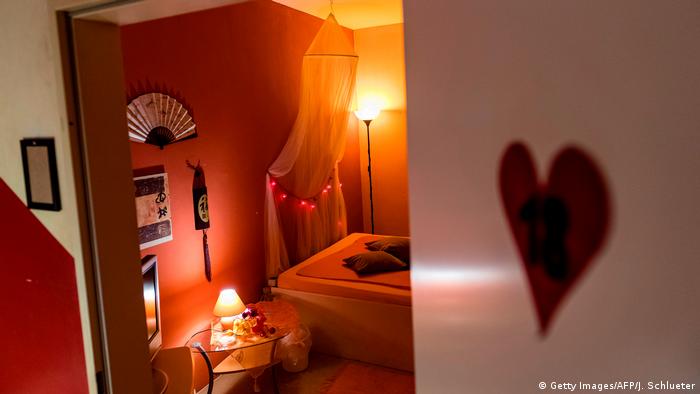 Prominent German politicians on Tuesday called for brothels to be closed indefinitely, extending their temporary closure due to coronavirus restrictions.

Sixteen lawmakers from Chancellor Angela Merkel’s center-right CDU party and the center-left Social Democrats wrote a letter, seen by German media, to the premiers of the 16 German states warning that sex workers could become "super spreaders" of the virus.

Prostitution is legal in Germany, but different states and cities enforce different limitations on where and how sex workers can operate. All brothels have been closed since restrictions on public life and social distancing measures were introduced in March.

"It should be obvious that prostitutes could become epidemiological 'super spreaders' — sexual activities are, as a rule, not compatible with social distancing measures," the letter reads, according to the Deutsche Presse-Agentur.

Among the signatories are former health minister Hermann Gröhe of the CDU and Social Democrat trade unionist Leni Breymaier, as well as practicing doctor Karl Lauterbach.

Could Germany adopt the 'Nordic model?'

There are about 33,000 officially registered sex workers in Germany, though the government estimates the real number may be as high as 400,000. While legislation introduced in 2002 aimed to improve conditions for sex workers, many of these people still live and work in poor conditions and are also the victims of human trafficking or modern slavery.

In their letter, the German lawmakers express hope that the closure of the brothels could be a good opportunity to improve opportunities for sex workers in Germany.

"Re-opening the brothels will not help these women," the letter says. "Instead, they need apprenticeships, training or work in a secure job."

The letter calls for Germany to take the opportunity to adopt the "Nordic model," under which paying for sex is illegal but selling sex is not. Under this model, sex workers are offered help and services to leave the sex industry and offered education, for example language courses. In Germany, many sex workers come from eastern Europe.

As long as social distancing regulations remain in place in Germany, brothels are expected to remain closed.

At the turn of the millennium, the German government passed laws aimed at boosting welfare protection for sex workers in Germany. But a new report shows the legislation is having far from the desired effect. (18.02.2019)

Inside the 'battery cage': Prostitution in Germany

Drugs, violence, fatal intimidation: Women sell their bodies for as little as €30 in Germany, while others reap the profits of the transaction. DW met one woman who described her experience as a former sex trade worker. (22.06.2018)

A German sex industry association is hoping to improve the lives of prostitutes by launching a "seal of approval" for brothels. But brothels must be members of the association to get the badge. (29.08.2017)