At the turn of the millennium, the German government passed laws aimed at boosting welfare protection for sex workers in Germany. But a new report shows the legislation is having far from the desired effect. 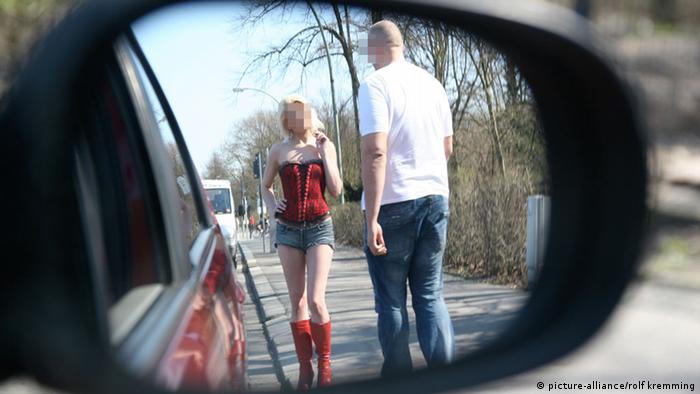 Only a tiny fraction of prostitutes working in Germany have taken advantage of laws allowing them to register for social security, according to a report released Monday.

Out of the roughly 200,000 women who work as prostitutes in Germany, only 76 women were registered for state services in 2018, the Welt daily reported, citing the government answer to an inquiry by the business-friendly Free Democrats (FDP).

In 2002, legislation known as the "prostitution law" ("Prostitutionsgesetz") came into force allowing sex workers to register for state-run health insurance, pensions and unemployment benefits, a move aimed at improving the workers' social and legal situation.

The FDP's human rights chairman, Gyde Jensen, said the government's answer to its inquiry showed that the law's intended goals had not been achieved.

"The intended goals were not met," Jensen told Welt. "There has simply been no measurable improvement."

In its inquiry answer, the government said the legislation's limited impact could be traced to the fact that many prostitutes registered themselves under a different professional category than the one needed to sign up for benefits in order to continue working anonymously.

A second, related prostitution law enacted in 2017 called for prostitutes to register with their local authorities and undergo regular health checkups. It was seen as a way to fight forced prostitution. However, the measure has also resulted in limited success thus far, the newspaper's report said, adding that in the first half of 2017 only 6,959 women registered.

Sex work or companionship? 'Sugar Dating' is growing in popularity

All about sex? The dating site Seeking.com introduces rich men to cash-strapped young people, often students, for a "mutually beneficial arrangement." Instead of Romeo and Juliet, it’s more Rolex and Juliet. (30.11.2018)