German Jews accused the pope Thursday of allowing anti-Semitic sentiment to fester in the Catholic Church by refusing to abolish the disputed "Prayer for the Jews" in the Latin mass for Good Friday. 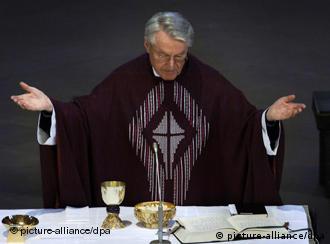 Some supporters of the Latin mass will use the controversial prayer

The day before the Christian holiday on which the prayer urging the conversion of Jews is read at a small minority of Catholic churches worldwide, Berlin rabbi Walter Homolka said Jews found its message deeply offensive.

"The Internet is already full of commentaries by right-wing Catholics saying, 'Wonderful, now we finally have the green light to proselytize.' A message like this serves to stimulate anti-Semitic circles," he told the online site of the newsweekly Der Spiegel.

"The Church does not have its anti-Semitic tendencies under control."

Homolka has joined some 1,600 other rabbis around the world in formally protesting against the prayer. But he said their calls have fallen on deaf ears at the Vatican.

"It is very rare for a pope, for an infallible person, to renounce a decision because he had a bad day," he said in an interview.

For centuries until the liturgical reforms of the Second Vatican Council in the 1960s, Catholics prayed for the conversion of Jews on Good Friday, the day that commemorates Christ's death.

The prayer was abandoned along with the Latin mass, but has reappeared in a modified form since Pope Benedict XVI, a native of Germany, last year authorized traditionalist Catholics to use the so-called Tridentine mass under strict conditions.

The old prayer calls on God to "remove the veil from their hearts" of the Jews and to end "the blindness of that people that acknowledging the light of thy truth, which is Christ, they may be delivered from their darkness."

A new version published last month removes any reference to the veil or the allusion to blindness but does retain the call for conversion, asking God to "illuminate their hearts, that (they) acknowledge Jesus Christ is the savior of all men."

The vice president of the Central Council of Jews in Germany, Salomon Korn, told the daily Frankfurter Rundschau that Jews expected more sensitivity from a German pope due to the country's Nazi past. 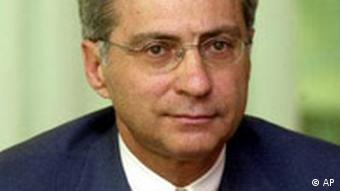 "This is a return to times we thought we had overcome," Korn said, referring to the period two decades ago, before the Catholic Church apologized for its passivity and even complicity during the Holocaust.

Cardinal Walter Kasper of Germany defended the pope's decision not to change the prayer on theological grounds.

"Christians must of course bear witness with their 'older brothers and sisters in the faith of Abraham' (John Paul II) to their faith and to the wealth and beauty of their belief in Jesus Christ where it is appropriate," he wrote in a guest column for the conservative daily Frankfurter Allgemeine Zeitung.

But he said this did not mean that the Vatican was encouraging proselytizing among Jews or failed to respect their faith.

Restriction on celebrating the Latin Tridentine Mass has been lifted by Pope Benedict. (07.07.2007)

Barely a week since taking office, the head of the German Catholic Church, Robert Zollitsch, has raised eyebrows with comments that clerical celibacy is not "theologically necessary." (19.02.2008)

What do you think about the inclusion of the conversion prayer in some mass celebrations? Please include your name and country in your reply.