Germany's secret service has reportedly joined a US-led unit targeting jihadis returning to Europe from Iraq and Syria. Officials have warned that many families of "Islamic State" fighters have already returned home. 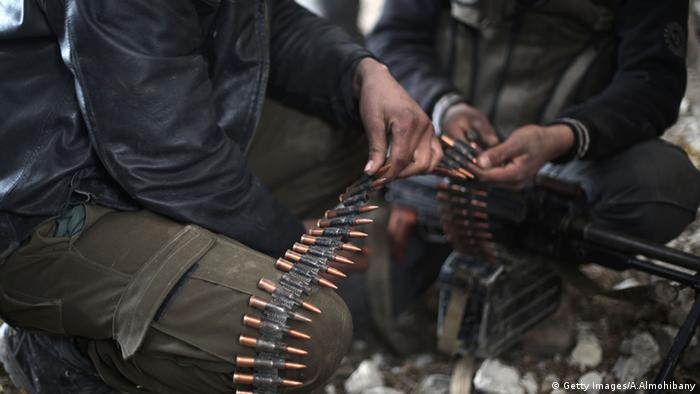 Germany's intelligence agency, the Bundesnachrichtendienst (BND),  has been taking part in a secretive US-led anti-terror operation known as "Gallant Phoenix," which targets European jihadis returning home from Syria and Iraq.

According to a report in German weekly Der Spiegel on Saturday, the BND joined the secret operation back in October.

Led by a US Joint Special Operations Command center in Jordan, Gallant Phoenix collects intelligence on fighters who fought for the likes of the so-called "Islamic State" (IS) and other Islamist militia groups. Relevant information includes documents, data, DNA traces and fingerprints that have been retrieved from former IS strongholds.

Twenty-one countries are reportedly part of the operation.

Der Spiegel said it had received information on the BND's role in Gallant Phoenix from a source in the German Left party. Both the German government and BND refused to comment on the report.

Back in 2016, the BND initially declined a US offer to join Operation Gallant Phoenix out of fear that Washington would use the information to strike against German jihadis in the Middle East.

However, Berlin's alleged change of heart coincides with concerns expressed by senior officials over the wives and children of IS fighters who were back in Germany or slated to return soon.

In December, Hans-Georg Maassen, the head of Germany's domestic intelligence service, the Office for the Protection of the Constitution (BfV), warned that many of the women repatriated to Germany from former IS bastions "had become so radicalized and identify so deeply with IS ideology that, by all accounts, they must also be identified as jihadis."

Inside Europe: The threat from IS in Belgium

Maassen also warned that children had been "brainwashed" in IS schools and could grow up in Germany as second-generation jihadis. "It's a problem for us because many of these kids and teenagers can sometimes be dangerous," he said.

Around 950 German jihadi-sympathizers are thought to have traveled to Syria and Iraq since 2014 to fight or serve on behalf of IS. Around 20 percent of them are reportedly female.

However, with the Sunni militant group suffering heavy losses in resources and territory, the German government expects to see an imminent increase in the number of radical Islamists returning home.

So far, around one-third of German jihadis who traveled to the Middle East have already returned.

The BND has said it has identified 705 living in Germany who are considered to be at risk of committing a terrorist attack on German soil — more than five times as many as in 2013.