A recently-published paper by Japanese researchers reporting vast deposits of rare earth elements in the Pacific has made headlines across the world. In Germany, the news is being met with skepticism. 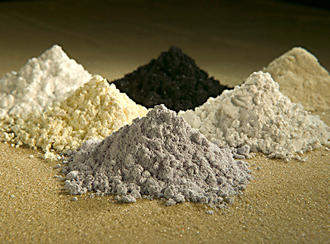 Rare earth elements are essential for a number of industries

A research team from the University of Tokyo has discovered 100 billion tons of underwater deposits of rare-earth elements in the Pacific, which could be crucial to the world's high tech industry. The report was published in the online edition of Nature Geoscience magazine.

The scientists, led by Professor Yasuhiro Kato, say they found the high-concentration deposits in sea mud near Hawaii and in a zone around Tahiti, at 78 different sites.

"We estimate that an area of just one square kilometer surrounding one of the sampling sites could provide one-fifth of the current annual world consumption of these elements," Kato said.

Rare earth elements, or rare earths, as they are commonly known, are widely used in the automotive, electronics and power production industries. Certain rare earths are also used in the production of missiles. 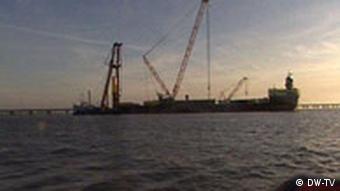 Off-shore mining is a costly and dangerous business

The deposits are between 3,500 to 6,000 meters below sea level. Although the scientists say that extraction will be easy due to the high concentration of minerals, most experts agree that it will be a number of years before mining can begin.

"A mine like this takes five to seven years to start up, said Professor Franz Meyer, mineralogist from the University of Aachen. "Underwater mining can take even longer to get going."

There has been no indication from the researchers as to when mining could begin, and it is unclear who will have ownership of the reserves.

Kato said the samples were especially rich in the more valuable heavy rare earths such as gadolinium, lutetium, terbium and dysprosium. 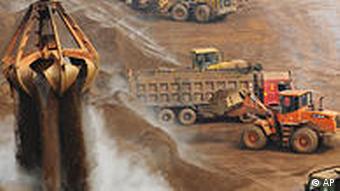 Most rare-earth mining occurs on land in China

The find comes as tensions between Japan and China over the supply of rare earths persist. During territorial disputes between the two countries last year, China temporarily blocked rare earths shipments to Japan.

China currently provides more than 90 percent of the world's rare earth elements. German-based analysts say that is not about to change.

"The importance of this find shouldn't be over-estimated. Rare earth elements have never been obtained from these sorts of depths before. Entirely new technologies will need to be developed for the extraction," said Daniel Briesemann, natural resources expert at Commerzbank, in interview with Deutsche Welle.

Reuben Davies, a commodities trader in Berlin with CML Markets, agrees. "The fact that these types of mining operations take years to become commercially viable will mean this news is only likely to have a temporary effect on current prices." 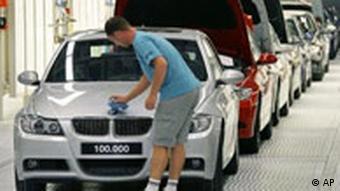 Automakers are just one of many industries affected by the news

German industry would appreciate any diversification they can get in the rare-earths supply chain. A wide range of industries have been affected by recent price hikes in rare earth prices from China.

The electronics industry has been hit especially hard, as rare earths are used in a range of electronic items, from televisions, to LEDs, to mobile phones. "At the moment we have a very difficult situation," said Andreas Gontermann, chief economist at Germany's Electrical and Electronics Industry Organization (ZVEI). "We hope that through re-opening rare earth mines in Australia and Canada, things will become easier by mid-2012."

"For the future it could be interesting, but I don't expect it will make any difference in the short to mid-term," said Carsten Rolle, Energy and Commodities Chief at the Federation of German Industry (BDI).

Japanese researchers have reported the discovery of vast deposits of rare earth minerals in international waters east and west of Hawaii, and east of Tahiti in French Polynesia at 3,500 to 6,000 metres below sea level. (04.07.2011)

Silmet, one of Europe's largest refineries, looks to higher profits as China slashes its output of rare earth metals. These products are crucial in the manufacture of semiconductors, and in turn, consumer electronics. (22.03.2011)

Legislation in the US has imposed new regulations on companies trading in raw materials. It's hoped the rules will shine light on cash flows that often benefit only a corrupt elite instead of helping reduce poverty. (14.02.2011)