The German men's ice hockey team has failed to qualify for the Winter Olympics for the first time in decades, losing out to neighboring Austria. But Germany will still be able to root for their women's team in Sochi. 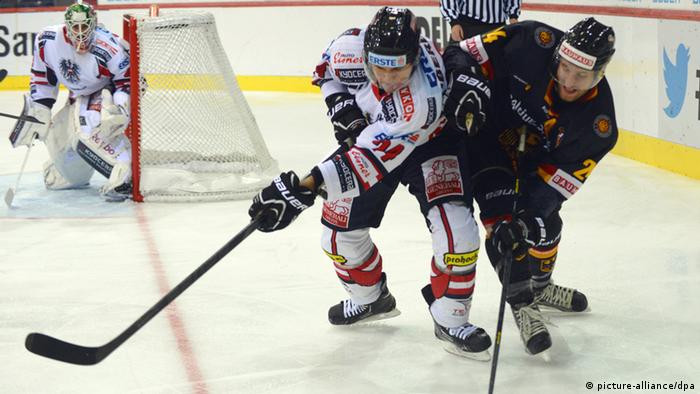 Germany has experienced an unprecedented loss – for the first time in 65 years the Winter Olympics will not see a the country's men's national ice hockey team. The Germans may have won 3-2 on the scoreboard against neighboring Austria Sunday night, but their last goal clinched in overtime was not enough for the qualifying tournament.

Austria will join Latvia and Slovenia in Sochi next February for what will be their first participation since the 2002 Salt Lake City Games.

"What we accomplished is absolutely unbelievable. I am so happy for the team that showed such character," said Austria coach Manny Viveiros.

Austrian forward Markus Peintner, who scored the country's 2-2 equalizer in the last period, praised his team's goalie Bernhard Starkbaum for his stamina.

"Germany were better, we have to be admit that. Starkbaum kept us in the game. But as underdogs we did not give up and now we are over the moon," said Peintner.

Germany has qualified for every Olympic ice hockey tournament other than bans in 1920, 1924 and 1948 due to the two world wars.

"Having to listen to the national anthem after having failed to qualify is the worst thing I have experienced," said German defender Felix Petermann.

Despite the men's loss, the German women's hockey team have something to cheer about, having already booked their place to the 2014 games.