Shortly after a government jet took off from Berlin, pilots lost control of the aircraft. As they attempted to land they were jolted away from the runway and forced to land on the grass. 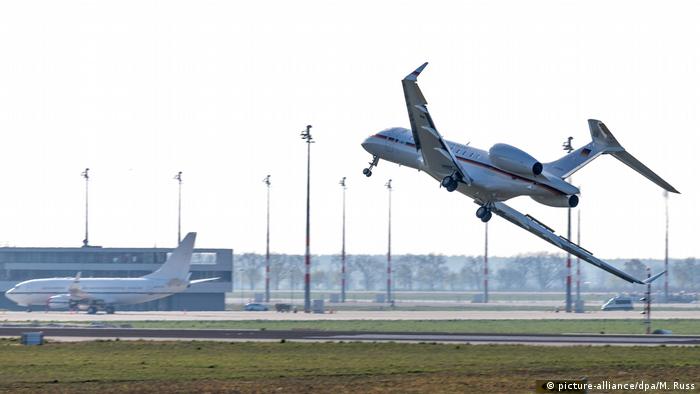 A German government jet suffered considerable damage in an emergency landing at Berlin, according to a report by Der Spiegel on Friday.

As the pilots attempted to land, the jet shifted sharply to the right at a height of 300 meters, causing them to miss the runway. 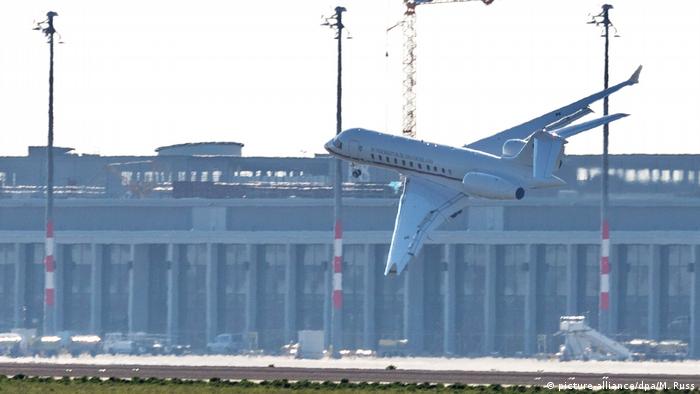 As the pilots attempted to land the plane, it jolted to the side, forcing them to miss the landing strip.

The flight was a test run after several weeks of maintenance and not on official government service.

The landing reportedly caused "considerable structural damage" due to buckling and compression damage on both wings, which struck the ground during the landing. The plane has since been towed to a hangar for further inspection, Spiegel reported.

It also found the fuselage was possibly warped and that the cabin trim came off during the crash landing. It reportedly may still be completely written off.

Investigators tentatively pointed the blame at incorrect adjustment of wing flaps used for both braking and flight control.

The Luftwaffe has four Bombardier Global 5000s. The jets are used by the air force on short- and medium-haul routes for the transport of members of parliament and the government, among other things. The aircraft can accommodate up to 13 passengers.

The German government's fleet of aircraft have caused considerable problems in recent months, with senior ministers repeatedly being grounded by technical failures.

The Ministry of Defense has announced it plans to order one plane this year and two more in the near future. The current fleet has been plagued with technical problems, stranding government officials at home and abroad. (01.02.2019)

German government planes have had a series of embarrassing problems in the past several months. Foreign Minister Heiko Maas is the latest to be stranded due to a plane defect. (28.02.2019)

Development Minister Müller has been forced to cancel a trip to Namibia and delay his return to Germany. He is the latest in a growing list of high-level German politicians grounded by plane trouble. (09.01.2019)