German government planes have had a series of embarrassing problems in the past several months. Foreign Minister Heiko Maas is the latest to be stranded due to a plane defect. 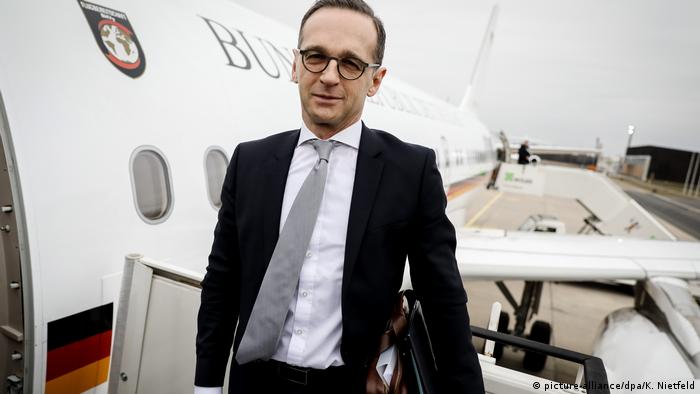 German Foreign Minister Heiko Maas has been stranded in Mali after his government airplane was unable to depart due to a problem.

The Airbus A319 did not take off Thursday evening as planned from the capital Bamako, where Maas has decided to stay overnight before a replacement aircraft takes him back to Berlin on Friday.

It was not immediately clear what mechanical issues the plane had.

Maas has been on five-day tour of West Africa, including Mali, where Germany supports the UN peacekeeping mission .

German government planes have encountered numerous problems in the past months, drawing ridicule and criticism over maintenance of the aging fleet. In response, the defense ministry has announced plans to purchase three new Airbus A350s for long-range flights.

In December, Chancellor Angela Merkel arrived late to the G-20 summit in Buenos Aires after her plane had mechanical problems over the Netherlands and was forced to land in the western German city of Cologne.

Read more: Germany: Hundreds of airplane parts fell from the sky since 2008

Development Minister Gerd Müller had to cancel a trip to Namibia in January during his tour of Africa due to another plane defect.

Maas shrugged off the problem with his plane.

"I have traveled more than 300,000 kilometers (186,411 miles) without a problem," he said, adding that plane troubles could happen to anyone.

A man who sat next to Angela Merkel on a commercial flight has shared his impressions of the German chancellor. Merkel was forced to take an Iberia Airlines flight after her government plane had problems. (01.12.2018)