Women must be allowed to compete in a 500-year-old annual contest to catch the biggest trout in a stream running through a small Bavarian town, judges have ruled. 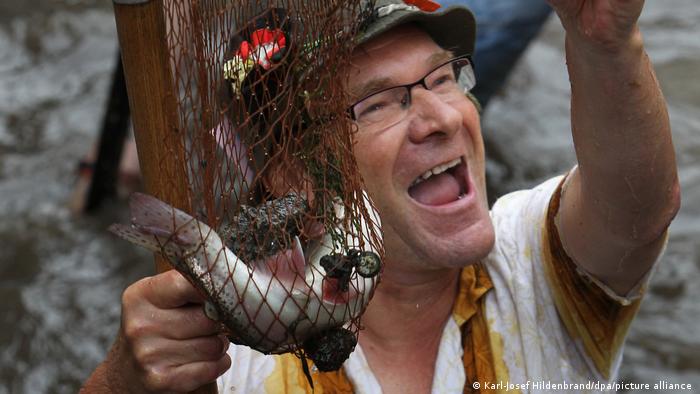 Tens of thousands of people come to watch the annual event, in which men wade into the water and try and catch the biggest fish

A centuries-old, all-male fishing contest must allow women to participate, a German court ruled on Wednesday.

Every year in the Bavarian town of Memmingen, hundreds of men jump into the town stream to try and catch a trout before the water is drained in order to clean the canal. The man who catches the biggest trout is declared the Fisher King.

Organizers from the Fischertagverein, who host the annual Fishermen's Day in the southern German town, say the tradition dates back to the 16th century. A 1931 club statute explicitly limits participation to men who have lived in the town for at least five years.

Women are relegated to standing on the edges and holding a bucket to receive the fish.

Club member Christiane Renz sued the club after she was denied permission to participate. The district court ruled in her favor, prompting an appeal to the state court. Following the latest defeat, the club will decide whether to take it to the Federal Supreme Court.

Why did the court rule against the club?

The presiding judge, Konrad Bess, said that clubs are allowed to determine the rules for participation, but if it treats members differently, then this must be justifiable with the purpose of the association.

The court found that the club's stated aims of service to local history, culture and environmental protection did not justify its unequal treatment of members.

The court also determined that the event was not a faithful reproduction of the original tradition, meaning women could participate without jeopardizing the goal of preserving local history. 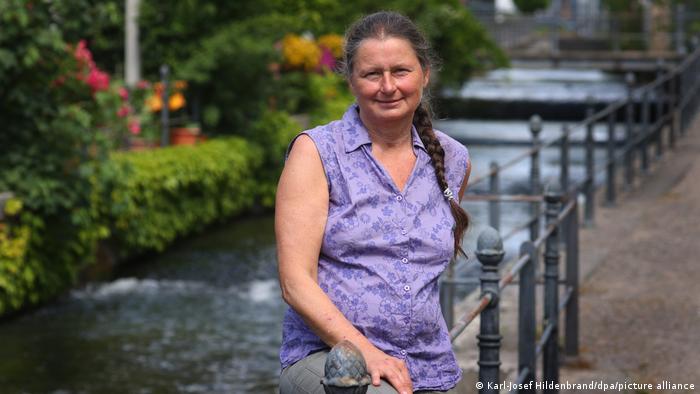 Christiane Renz has been a club member for 25 years, but was not allowed to participate in the annual event

How did people react?

The first chairman of the Fischertagsverein, Michael Ruppert, said the ruling "could affect many, many clubs throughout Germany." He said it was "a pity that the association autonomy was not in the foreground."

The Bavarian State Association for the Preservation of Cultural Heritage called for calm after the case, saying it was normal and healthy for traditions to change.

Spokesman Michael Ritter said the assumption that customs should not change is a historical misunderstanding.

"We just have to recognize that there's no loss in change — there's gain," he said.

Renz welcomed the decision, saying "The shoes are ready," and promising to appear punctually at the next fishing event.

Renz was supported in her case by the Society for Freedom Rights (GFF). GFF lawyer Sarah Lincoln said the ruling would set a precedent.

"The ruling is a clear wake-up call to associations to do away with outdated bans on women," Lincoln said.

Memmingen Mayor Manfred Schilder pledged that the event will now change and that the ruling was clear.

Do other clubs reject women?

Several cultural events and organizations have opened their doors to women in recent years in Germany.

And since 2020, women are allowed to ride in the Blutritt religious equestrian procession in Weingarten, after it was rejected for intangible cultural heritage listing due to discrimination against women.

In 2017, the Federal Fiscal Court stripped a Masonic lodge of its non-profit status as it excluded women from its members, setting a precedent for other associations.

From being LGBTQ-friendly to gender, ethnicity, age and weight-sensitive entertainment: is Germany successfully representing diverse groups?

Players from the top two divisions in women's professional football in Germany have written an open letter to Germany's football association demanding answers in the Heiko Vogel discrimination case.