In the first half of 2018, German trade remained on a solid growth path. But is stagnation in July a first foreboding of a slowdown caused by mounting concern over US President Donald Trump's trade measures? 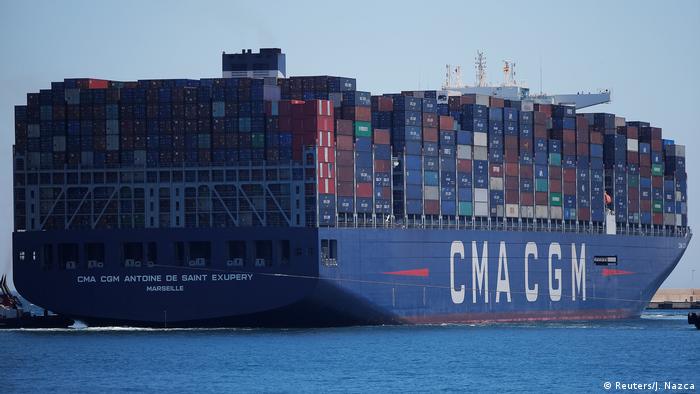 According to fresh trade figures released by the German statistics office, Destatis, on Tuesday, the country's exports surged 3.9 percent to €662.8 billion ($788.9 billion) in the first six months of 2018 to, compared with the same period last year.

Imports even climbed to a new all-time high, marking a 10.2 percent increase. Germany imported goods worth €541.3 billion in the first half of 2018, taking in goods worth €93.7 billion in June alone — the highest ever volume recorded for a single month.

"Global growth and stronger demand from within the European Union are supporting German exports," said Kevin Heidenreich, trade expert at the German Chambers of Commerce and Trade (DIHK). At the same time, he warned however that there was "no reason for euphoria."

Germany's controversial and much-discussed trade surplus was nearly unchanged, at €121.5 billion after reaching €121.3 billion in the first six months of the previous year.

DIHK's Heidenreich described current trade disputes as the "single biggest risk" to Germany's trade boom. "Mainly the current escalation in the trade conflict between the US and China is adversely affecting German businesses with large investments in both countries," he told the German news agency DPA.

As leading world exporters, German businesses have been warning about the impact on their corporate profits in the wake of the tariffs slapped by the Trump White House on the US's major trading partners, including the European Union and China.

And indeed, German exports to the US grew below-average between January and July, edging up by only 0.8 percent over last year.

In addition, economists such as Fabian Lindner from Germany's Hans-Böckler Foundation, believe that the German export boom cannot go on forever because it means higher debt for those countries importing German goods.

"We are living off other countries' debts they raise to finance our exports. Clearly, this is not a sustainable way," he told DW.

Boom coming to an end?

In a further sign that German trade might be slowing down for the rest of the year, month-on-month export figures showed stagnating growth in July.

Data from the Economy Ministry showed industrial output dropped 0.9 percent in the month after a downwardly revised rise of 2.4 percent in May.

"But with the domestic economy in good shape and given the recent ceasefire in the tariff war, we expect only a modest slowdown in German growth," she told the news agency Reuters.