The German Federal Environment Foundation has honored the Green Belt conservation project with its yearly prize. Winner Kai Frobel tells DW how it all began - and how Korea may one day follow suit. 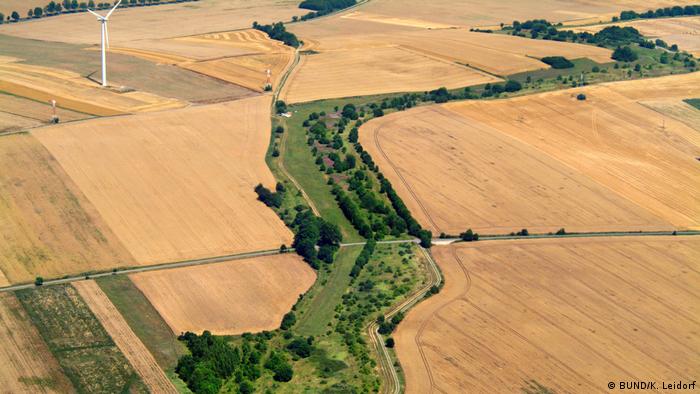 DW: Congratulations on winning the German Environmental Prize, Mr. Frobel! You must be very pleased.

Kai Frobel: Yes, it is a great honor. I have been working with the Green Belt project for the last 42 years and helped to lay the foundations for the project as early as the mid-1970s.

How did this all come about?

My hometown is in the Coburg district, and it was surrounded on three sides by the GDR border - I could see the border from my window. I was interested in biology as well as ornithology. If I were to discover any rare species in the Bavarian landscape - which had already been mostly cleared due to intensive agriculture - they would most likely be found within this strip. A treasure trove of diverse species was locked behind this hideous border. 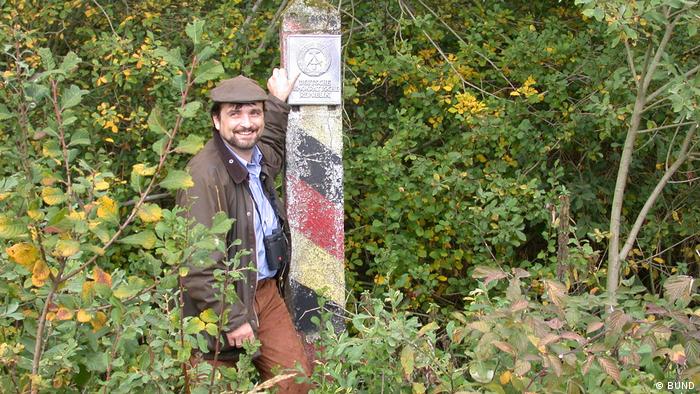 So the border area could not be accessed during this time?

The strict exclusion area was on the eastern side of the border. There was even a separate restricted area behind it - only residents were allowed to enter.

But from the west, you could approach the barrier up to a distance of 50 or 100 meters [164 to 328 feet]. From this distance, a birdwatcher with binoculars could watch the birds courting one another on the border fence, and even listen to their singing.

Why were there so many birds there?

Because this was an area that had remained undisturbed for decades - nature essentially had been given a 40-year holiday! The species in the region used this opportunity. For example, we discovered that over 90 percent of the bird species that were rare or highly endangered in Bavaria - such as the whinchat, the corn bunting and the European nightjar - could be found in the Green Belt. It became a final retreat for many species, and it still is today. 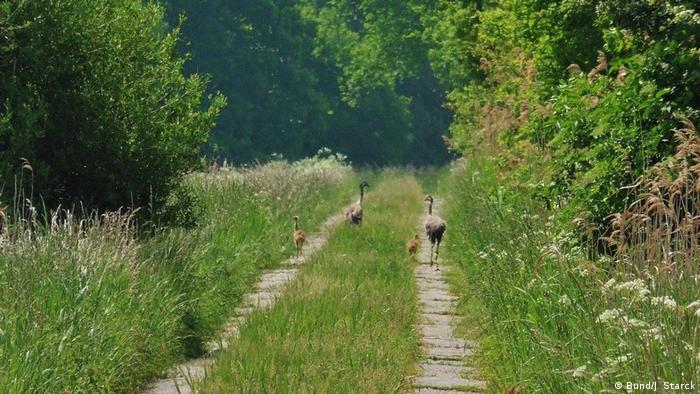 A family of cranes runs along the Green Belt in Germany

What happened after the fall of the wall?

It was clear to us that that the land in this unique nature reserve would be under pressure for agricultural use. In the early years up until 1993, we lost around 2000 hectares in the Green Belt to agriculture. Biotopes which had formed over decades were destroyed by the plowshares within minutes. This is why, in December 1989, we organized the first all-German meeting between conservationists from the [former] East and West. At the time I chose to use the term "green ribbon."

Aside from the rare bird species, what other animals and plants can be found there?

We now have over 1,200 species of animals and plants that are listed as endangered, or even close to extinction. These range from the arnica - a yellow medicinal flower - to the black stork, and the otter. There are also for example aquatic species like dragonflies and the European tree frog, which use the Green Belt during the winter. 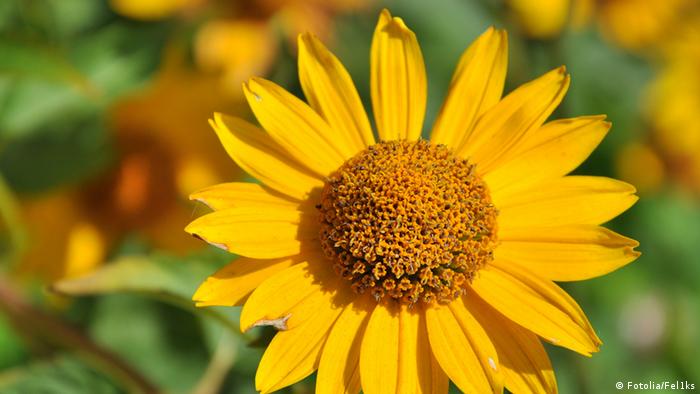 The medicinal flower arnica can be found in Germany's Green Belt

The Iron Curtain didn't just run through Germany, but also across Europe. How did the European version of the Green Belt project come about?

Hubert Weiger first had the idea in 2002. He coordinates the project with me as part of the Bund Naturschutz [BUND] and was also awarded the German Environmental Prize.

He first raised the idea of the European Green Belt at a 2002 event in the Eichsfeld with Mikhail Gorbechev. Now, 24 states and 150 conservation organizations throughout Europe are working on this incredibly fascinating project. It covers about 12,500 kilometers: from the pristine forests of Karelia, over Lake Neusiedl, down to the beautiful national parks in Macedonia.

Are there any other regions in the world that have a similar border region like Europe once did?

Yes, South Korea. Conservationists are already preparing a so-called Green Belt Korea, and are in close consultation with us. They are using Germany's Green Belt as its model for when reunification comes - even though the situation doesn't look too good at the moment.

This is the only region in the world that can be compared with Germany before 1989. We have had intensive exchange with the Ministry of Unification and nature conservation authorities in South Korea. Like Germany, the Korean Demilitarized Zone has a well-preserved, biodiverse habitat. 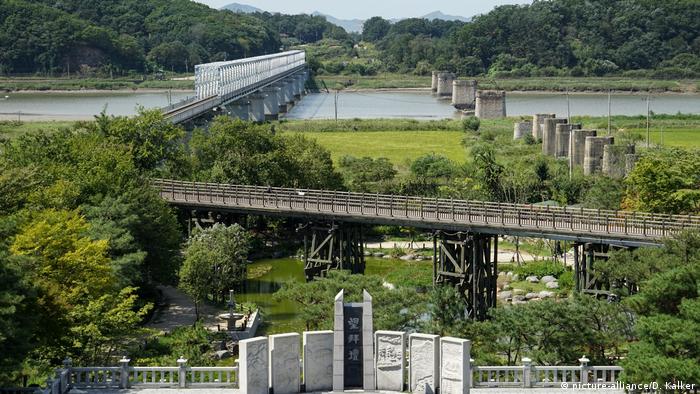 What are you most proud of?

That the Green Belt has not become a brown or a black belt. The fact that, in such a fast-paced world where every square meter is used, we have succeeded in preserving the Green Belt for more than 30 years.

Kai Frobel is a geo-ecologist and conservation expert at the Bund für Umwelt und Naturschutz Deutschland (BUND) in Bavaria. Considered the "father" of the Green Belt project, he was awarded the 2017 German Environmental Prize together with Hubert Weiger from BUND and Inge Sielmann from the Heinz Sielmann Foundation.

The interview was conducted by Brigitte Osterath. It has been edited and condensed for clarity.

Habitat loss and a decline in insects are among the main factors influencing an alarming decrease in birds in Germany and Europe, according to new figures released by the German government. (04.05.2017)

Beavers on the rampage

Beavers were almost completely wiped out of Germany by the early 20th century. Now, they've made a comeback. But their busy construction work is causing tensions with human neighbors. (07.04.2017)