The Rent a Teacherman program aims to put more men in elementary schools. It's about time: In the state of Bremen, where the project is based, more than 20 percent of elementary schools don't have a single male teacher. 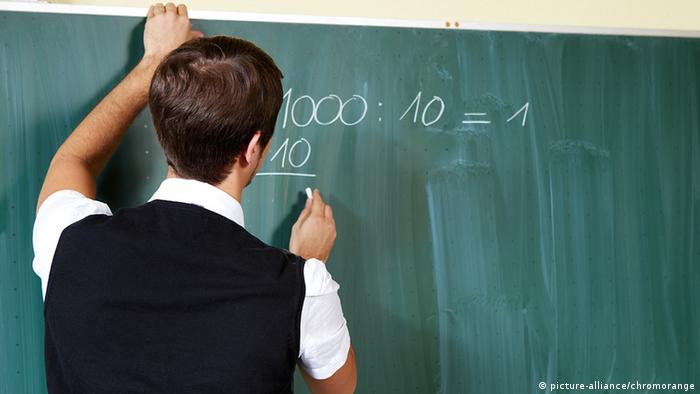 For many German children, seeing a male teacher during their first four years of schools is an extraordinary experience.

"Some kids are so confused, at first they'll call that male teacher Mrs. Patterson, or even Mrs. Mr. Patterson," Christoph Fantini, head of the teaching program at the University of Bremen, told DW. "They have simply never seen a man in this position, so they don't know how to address him properly."

Elementary school teacher is a woman's job in Germany these days. In 2015, there were almost 17,500 women studying to become teachers in grades one through four, but fewer than 2,500 men.

Those who end up working as elementary school teachers make less money than their colleagues at secondary schools in Germany. The difference can amount to several hundred euros a month, depending on the state. 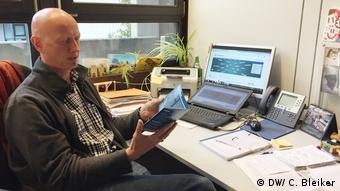 Fantini: 'I don't ever want to stop this project, there have been so many great stories'

Fantini, however, does not believe that it's the prospect of earning less money that keeps men from choosing to become elementary school teachers.

"If you ask 18-year-olds, only very few of them even know what elementary teachers earn, compared to other teachers," he said. "But these young men know that being an elementary school teacher is considered unmanly. They're scared of having to comfort little kids, of this need for emotional closeness."

To change this skewed perception, Fantini initiated the "Rent a Teacherman" program five years ago. And Bremen sorely needed it: Out of 90 public elementary schools in the two-city state, 19 don't have a single male teacher.

The idea is simple enough. Male teaching students are matched up with all-female staffed schools in need. It's a win-win situation: The children see that men too can be elementary school teachers, and the students gain valuable experience and earn a little extra money.

Bremen's education ministry pays the salaries of the "rental" teachers, who spend roughly three hours a week in the schools. So far 36 "Teachermen" have worked or are currently working at 18 schools across Bremen.

One of the current "Teachermen" is Erik Schäfer. The 28-year-old handed in his Masters thesis in May and will officially start student teaching in February. But he already has five years of experience from his time as a "rental" teacher at the elementary school in the Kirchhuchting neighborhood of Bremen.

On a Wednesday afternoon in November, Schäfer sat down with four eager fourth-grade boys for his weekly math workshop. The voluntary class is for children with advanced math skills, and the boys got really into it.

"Herr Schäfer, can I do the next problem?" "Don't look at my worksheet, I'm already done!" "It's pretty easy, you just have to do some logical thinking." 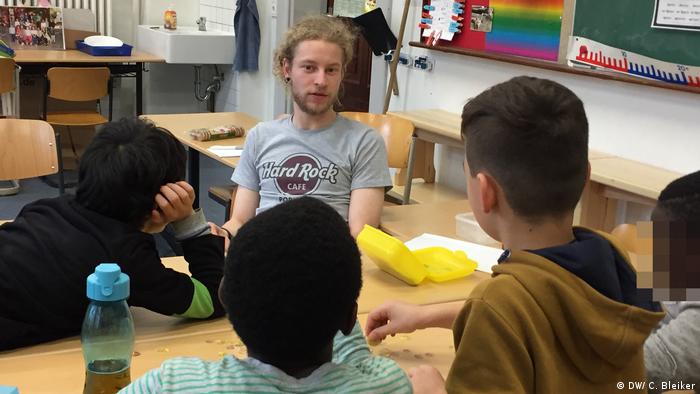 Schäfer has built a relationship with the kids in his math workshop: 'I've known these boys since they were in first grade.'

The pupils sat around two tables, raising their hands just inches from Schäfer's face. They fought for his attention like young siblings might with an older brother.

"When I couldn't do this class for a little while, students came up to me every week, asking when the math workshop would start again," Schäfer said.

Schäfer joined the Rent a Teacherman project to gain more experience. He says his time at the Kirchhuchting school has shown him that he can work well with young kids, and that he picked the right job.

He, too, has seen young students confused by a man at the front of the class. "It definitely took them a few weeks to get used to me," he said with a laugh. "And my long hair made it even more difficult."

The principal at Kirchhuchting elementary school, Ruth Rauer, is very happy to have Schäfer on her team. Her school, which has roughly 170 students in grades one through four and 11 female teachers, was one of the first to join Rent a Teacherman. 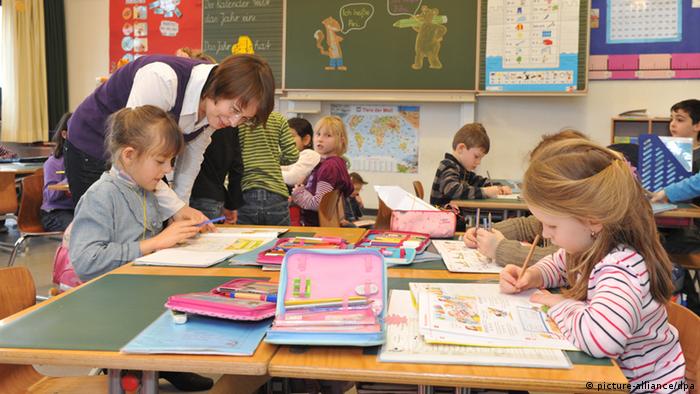 Many children don't have male teachers — and don't encounter male role models at home, either

"Our part of Bremen has high child poverty, and we want to take advantage of everything that will help our students," Rauer said in her small office next to the teachers' lounge. "Many of the children here grow up with single mothers, so there's already a lack of men in their lives."

Rauer and her colleagues would love to have another "Teacherman" at their school. "We cannot imagine life without a man at our school anymore!" said one of Schäfer's colleagues.

Cooking, boxing and being a teacher

The need for male role models in school is the same in all strata of German society, Fantini says. Children profit from seeing that there are no tasks solely for women or solely for men.

"A 'Teacherman' who had just started at a school asked pupils why they thought there were so few men around," Fantini recalled. "One boy replied 'Because women are smarter and men are stronger.' It's devastating when boys that young think they can't do as well in school as girls because they're not as smart."

"Teachermen" can help change that.

Asked what he thought was "manly," a boy who had had the benefit of instruction from a "Teacherman" listed cooking, boxing, dancing and being a teacher – exactly those activities the student teacher who had posed the question had told the class he enjoyed.

A new German study has predicted a massive rise in students due to an influx of migrant children and consistently rising birth rates. The authors warn that Germany is woefully unprepared for the future. (12.07.2017)

A German-funded school in Istanbul has told teachers they cannot even talk about Christmas in class. Berlin has expressed outrage as the school is financed with public funds. (18.12.2016)

Recruiting Men to the Classroom