German election: Is Armin Laschet to blame for the fall of Merkel's CDU?

Three weeks before the general election, Germany's ruling conservatives have been slipping in opinion polls. Their gaffe-prone candidate for chancellor, Armin Laschet, is being blamed. Now he's trying to fight back. 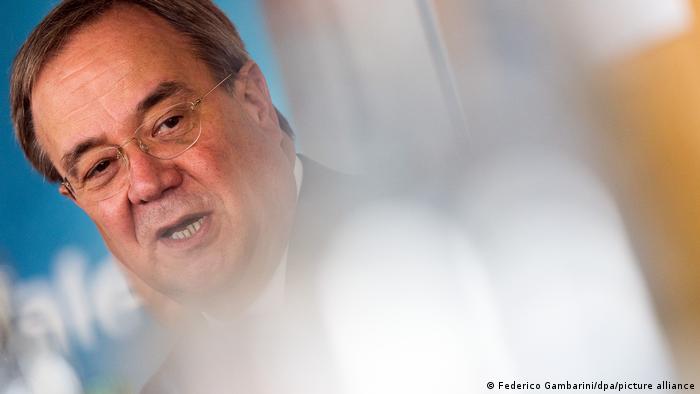 Many in the CDU are distancing themselves from Armin Laschet

When Armin Laschet was elected chairman of Angela Merkel's center-right Christian Democrat (CDU) in January, the party comfortably led in opinion polls. But since then, the CDU has slipped by more than 10 percentage points. And the top candidate's approval ratings have fallen below those of his competitors, the Social Democrat Olaf Scholz and the Green party's Annalena Baerbock.

Coming in second or even third would be considered a disaster for the party that has occupied the country's chancellery for five out of the last seven decades.

To make matters worse for Laschet, the premier of Germany's most populous state of North Rhine-Westphalia, more and more of his own supporters are now urging him to stand down. 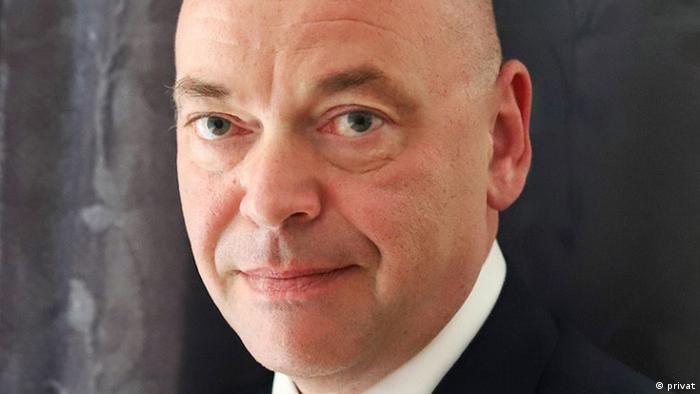 Andre Freund of the CDU's Bavarian sister party, CSU, has called on Laschet to make way for Markus Söder

"Things are not going well for us", said Andre Freud, local chairman of the Christian Social Union (CSU), the Bavarian sister party of the CDU, in Nuremberg. "And there is no reason to believe that things will get better. It's a downward spiral."

In August, Freud sent Laschet a letter: "You have no luck in this election campaign," it read, adding that Laschet's campaign was powerless and bland. "The prospect of success is waning with every new poll."

Laschet's campaign has been plagued by slip-ups before it could even start to gather pace. He had to counter plagiarism allegations concerning a book he wrote years ago. He was caught on camera joking and laughing in a flood disaster zone. He appeared blank when asked for his plans for the future. And his home state is considered Germany's coronavirus hot spot.

Laschet is perceived as a person "who lacks empathy, who is merely going through the motions at his campaign events," said Freud. "I'm not saying that Armin Laschet really is like that. But people perceive him that way."

"Put an end to this. Make room for the one man who may still be able to master the situation," Freud appealed to Laschet in his letter. He was referring to Bavaria's Premier Markus Söder, who had to give way to Laschet in April after a tough fightto become the conservative bloc's candidate for chancellor. "Markus Söder could rally the party's own electorate, but also the undecided," said Freud.

Freud is not alone in this: seven out of 10 CDU/CSU supporters want to replace Laschet with Söder, Civey pollsters found out on behalf of the Augsburger Allgemeine newspaper.

But Söder, like Freud a Nuremberg native, has rebuffed such advances. "The ballots have been printed and the election posters pasted, so it makes no sense talking about replacing the top candidate," Söder told Thursday's Passauer Neue Presse and Donaukurier newspapers. "What is clear is that it is now getting really tight. Therefore, we must finally start to fight."

Christoph Jansen, the CDU candidate for Bonn, is trying to translate that into action. Jansen has stepped up his campaign and is currently going from door to door in his constituency in western Germany. "I'm out and about from morning to night, trying to convince people," he told DW.

"I feel, of course, that people are looking critically at the CDU election campaign at the moment. But I also sense that many people are still undecided."

Jansen believes Laschet would bring "excellent qualities to the chancellery," and emphasized Laschet's experience heading the government of North Rhine-Westphalia and as former member of the European Parliament. "He is the right person. And that will become clear in the coming weeks, I'm convinced of that." 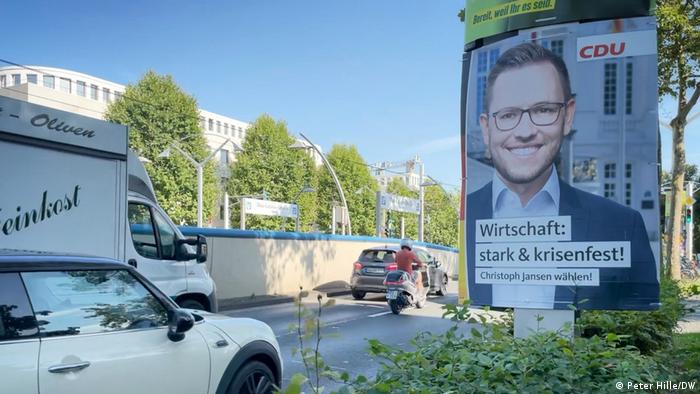 Jansen hopes Laschet will excel in upcoming face-to-face TV duels with his competitors. "Armin Laschet is a fighter, he has always proven that," he said. "I am convinced that the situation will look different in four weeks, come election night."

Until then, the CDU executive board is unlikely to seriously consider a change of candidate. The tough contest Söder and Laschet had for the candidature this spring is still fresh in many people's minds. Many felt it made the CDU/CSU look divided and weak. In the end, Wolfgang Schäuble, parliamentary president and one of the CDU's most respected senior figures, threw his weight behind Laschet and tipped the scales in his favor.

The 78-year-old CDU mastermind is now backing the candidate once again. "We must rally around our candidate for chancellor, support him and not weaken him with side blows," Schäuble told the Rheinische Post on Thursday.

And the CDU candidate himself? In a speech to the Bundestag in late August, Laschet gave the impression that he was willing to fight, attacking both the populist far-right Alternative for Germany (AfD) and the environmentalist Greens.

But few took note of his performance on social media. Instead, hundreds of thousands watched and shared a clip showing Laschet entering a diner without putting on the obligatory face mask. 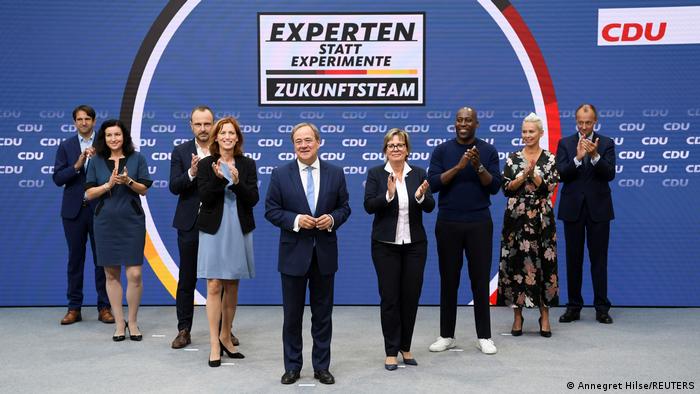 Whether the presentation of his "team for the future" manages to give his campaign a boost remains to be seen. But as postal voting has already begun and is expected to account for 50% of the votes, it may be too late to turn things around.

This article has been translated from German. This is the updated version of a text that was first published on August 26.