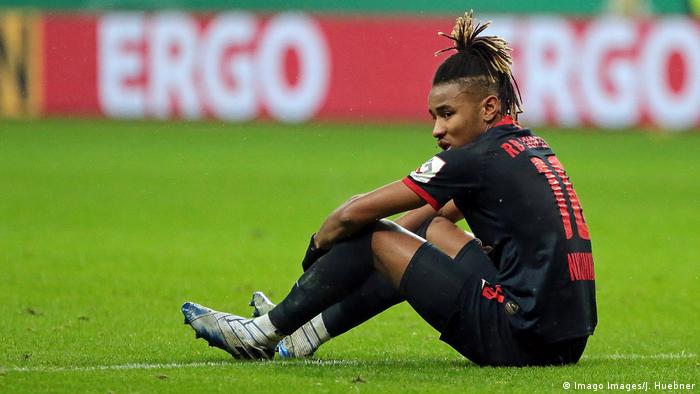 Despite his comments beforehand, RB Leipzig coach Julian Nagelsmann did not seem to prioritize his team's German Cup last 16 match against Eintracht Frankfurt.

"The German Cup has great significance," said the 32-year-old, whose side reached the final in Berlin last season before falling to Bayern Munich. "The lads and the whole club had a wonderful experience in Berlin. We would love to go back."

But Nagelsmann's team selection told a different story heading into the cup tie. With a crucial top-of-the table Bundesliga clash coming up in Munich on Saturday, his starting lineup did not include star forward Timo Werner, who has scored 20 Bundesliga goals this season.

He also left out regular contributors Emil Forsberg and Nordi Mukiele, and elected to give backup goalkeeper Yvon Mvogo his fifth start of the season in place of Peter Gulasci.

The changes represented quite the risk for Nagelsmann, considering Leipzig lost in Frankfurt just 10 days ago. And the gamble didn't pay off as the Eagles beat the Bulls 3-1 to book their own place in the quarterfinals. 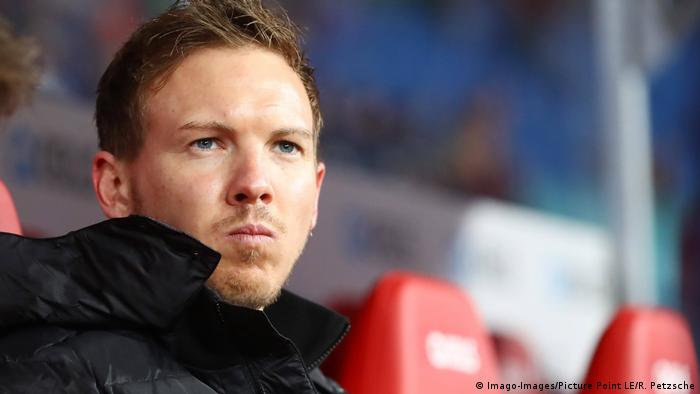 Nagelsmann's decision to rest his regulars was understandable. Leipzig were battling on three fronts — the Bundesliga, German Cup and the Champions League — and their match against the Bavarians on Saturday is vital to their league title aspirations.

Still, they remain a young club that has yet to win anything. Their meteoric rise up the German football league pyramid since their founding in 2009 was impressive, but nothing is more impressive than a trophy. Despite massive investments in young players and youth development, that wardrobe is still bare.

The cup, though sometimes deemed the third priority for large German clubs, is still a trophy. It's one many fans cherish dearly — just ask Eintracht Frankfurt, whose cup triumph in 2018 drew a massive celebration in Germany's financial capital.

Leipzig have already surrendered the valuable four-point lead they held in the Bundesliga in January. A loss in Munich on Saturday would severely diminish their league title aspirations this campaign.

And though they have good chance to advance past an underperforming Tottenham team into the Champions League quarterfinals, the Red Bulls are far from favorites to lift Europe's biggest prize.

Nagelsmann is not expected to deliver the Bundesliga title in his first season in Leipzig. But why he — and the club, by extension — did not put an emphasis on the much more attainable German Cup is a headscratcher.

The rise of the Red Bull-backed side has been an excercise in sporting perfection backed by the best money can buy. By prioritizing the league over the cup, they may be trying to run before they can walk. 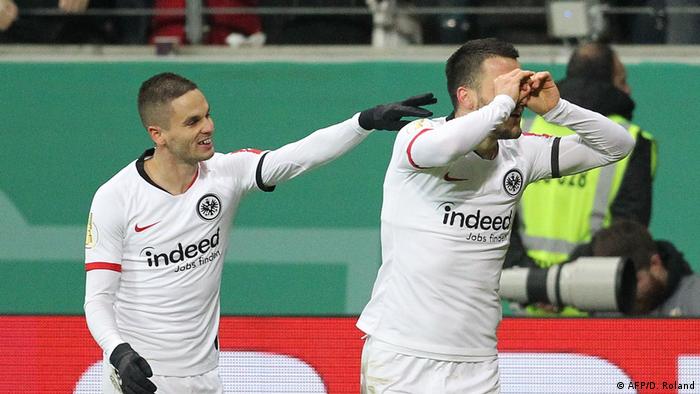 The 32-year-old coach emphasized before Tuedsay's cup tie in Frankfurt that not only the result but also the manner of the performance was important. But Leipzig did not show any signs that they learned their lessons from two weeks ago.

Frankfurt, who triumphed on Matchday 19 with an aggressive approach, were once again able to disrupt Leipzig's build-up play. The hosts were also able to expose Nagelsmann's side on the break, including a pair of terrific runs and strikes from Filip Kostic.

Leipzig were trailing 2-0 before Nagelsmann finally decided to call on Werner on the hour mark. But the German international's biggest contribution, like in the league game ten days ago, was screw a good chance off target.

Angelino and Dani Olmo, the club's two biggest signings in January, made solid debuts, with Olmo scoring the visitors' lone goal. Otherwise, there was little sign that RB Leipzig will be able to end their three-game winless streak in Munich.

League leaders RB Leipzig failed to score in the Bundesliga for the first time this season. In Frankfurt, a well-organized and disciplined Eintracht side showed how to tame the Bulls. (25.01.2020)

Legal pyrotechnics: Hamburg given green light to use 'legal pyro' for the first time

German football fans are well-known for eye-catching in-stadium displays which often involve illegal pyrotechnics. Now, for the first time, the German FA has granted permission for a 'legal' pyro show. (04.02.2020)