Walaa faces more than 10 years in prison. He is believed to have been the de facto leader of "Islamic State" in Germany and has been convicted of recruiting for the terror group. 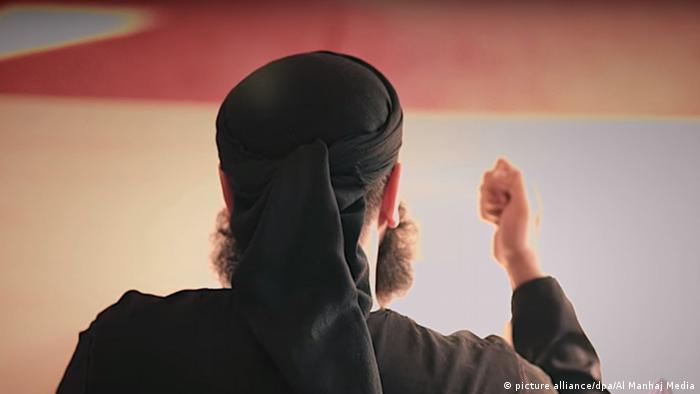 A court in the northern German city of Celle has convicted a radical Islamist preacher and three co-defendants for recruiting and radicalizing young people in Germany for the "Islamic State" terrorist group.

He has been sentenced to 10 and a half years in prison.

Prosecutors sought a sentence of 11.5 years for Abu Walaa, who is believed to be the "Islamic State" jihadist group's de facto leader in Germany.

The defense, however, demanded an acquittal, with Walaa himself declining to make a closing statement last week.

The court pronounced Walaa guilty of supporting and being a member of the terrorist organization.

The judges said the Islamist preacher and his network radicalized young people — mainly in the country's Ruhr region and the state of Lower Saxony — and sent them to the IS combat zones.

Who is Abu Walaa?

Walaa, 37, was born in Iraq and came to Germany in 2001 as an asylum-seeker. He became a preacher at a mosque in the city of Hildesheim in Lower Saxony, which became notorious for attracting Islamists  from across Germany. The mosque was forced to close due in 2017 when the government outlawed it.

Walaa had been dubbed the "preacher without a face" for always appearing in online videos with his back to the camera.

Iraqi journalist Amir Musawy told DW it was partly for this reason that it was difficult for authorities to gather evidence against him.

"He tried and succeeded to cover his activities," Musawy said. "There are no photos [of] him. There [are] no videos [of] him. He communicated in an intelligent way with his followers."

What was he accused of doing?

Following a long investigation in 2016, Walaa was arrested with four other suspects in 2016. The trial began in 2017. He was charged with supporting Islamic State and for being a member of a terrorist organization.

While at the Hildesheim mosque, Walaa was accused of radicalizing at least eight young people to become Islamic State fighters in Iraq and Syria.

Walaa is said to have recruited a pair of German twin brothers who carried out a suicide attack in Iraq in 2015. He is also accused of radicalizing at least one of three teenagers who in 2019 bombed a Sikh temple in Germany.

The Tunisian man who killed 12 people in a truck attack at a Berlin Christmas market in 2016 is also said to have had ties to Walaa.