Researchers say the findings mean it will become impossible to exterminate the common cockroach with chemicals alone. Female cockroaches have dozens of offspring in a three-month reproductive cycle. 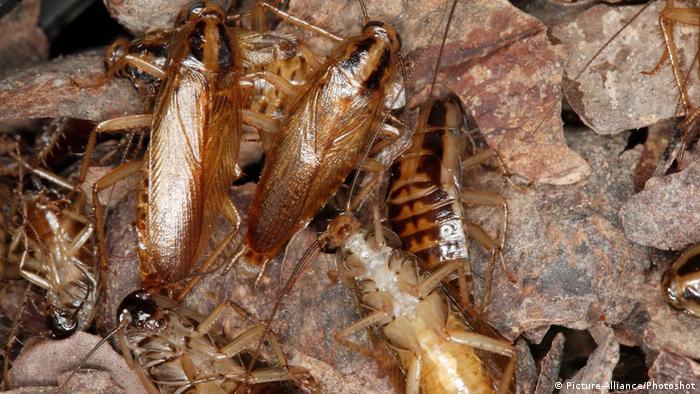 The German cockroach is rapidly developing resistance to an array of powerful insecticides used for extermination, making it nearly impossible to control the nasty pests with chemicals alone, a new study has shown.

Blattella germanica L., a cockroach carrying dozens of infectious bacteria and whose infestation of homes can trigger allergies and asthma, is a global pest living in human environments.

Each class of insecticide works in a different way to kill cockroaches. Exterminators will often use insecticides that are a mixture of multiple classes or change classes from treatment to treatment. The hope is that even if a small percentage of cockroaches is resistant to one class, insecticides from other classes will eliminate them.

However, a study published in the journal Scientific Reports found that the German cockroach is developing cross-resistance to multiple chemicals, meaning that offspring are gaining resistance to insecticides even if they had not been exposed to them and not had prior resistance.

"We would see resistance increase four- or six-fold in just one generation," said Michael Scharf, the lead of the study conducted through Purdue University. "We didn't have a clue that something like that could happen this fast."

"This is a previously unrealized challenge in cockroaches," said Scharf, who conducted the research at apartment buildings in the United States. "Cockroaches developing resistance to multiple classes of insecticides at once will make controlling these pests almost impossible with chemicals alone."

Female cockroaches have dozens of offspring in a three-month reproductive cycle. Even if a fraction of cockroaches are resistant to an insecticide, and they or their offspring acquire cross-resistance, then even when a population is reduced, it can quickly explode again within months.

The forecast: cloudy with a chance of insects. What looked like precipitation on a US weather radar was actually a migrating swarm of beetles. (06.06.2019)

Three pesticides known to kill bees will continue to be banned following an EU court ruling. But the court did lift restrictions on the use of one pesticide, upholding a complaint from German chemical giant BASF. (17.05.2018)

Entomology is going extinct — could Pokemon Go save it?

Insects are dying and the science that studies them is endangered, too. James Jackson went to the German Entomological Conference to find out how to save the science — and if Pokemon Go could catch new recruits. (26.03.2019)

Dengue and Zika Virus can make you smell tastier to mosquitoes 07.07.2022

Some tropical viruses can change your scent to attract mosquitoes. This is how they find new hosts.

A woman in the southern German town of Neu-Ulm locked herself in a room and waited for police after she discovered a large spider. It's not the first time an eight-legged arachnid has caused panic in Germany.