Dessau is shrinking. With the town's population declining, city planners had to decide what to do with acres of empty lots left where apartment buildings and factories used to be. Their solution: Urban wildlands. 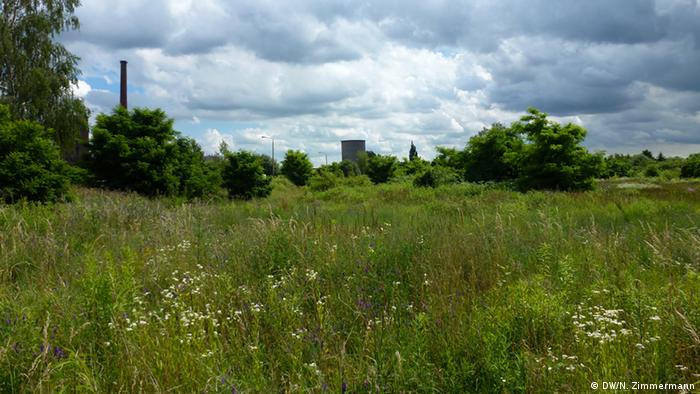 Dessau, a small city about an hour and a half south of Berlin in Germany, has certainly seen its own ebb and flow since being founded some 800 years ago as a trading-post where the river Mulde flows into the Elbe.

Once a city of villas and a seat of ducal power for centuries, most of Dessau was destroyed in a single night raid at the end of World War II.

After the war, thousands of families were housed in Communist-era apartment blocks. But when factories in Dessau closed down after German reunification in 1990, many of their former employees left to seek greener pastures elsewhere.

And nowadays, the population continues to shrink, because too few babies are born each year to replace the older people who pass away - as is the case with many cities in Germany.

"Every year, the population declines by about a thousand people," Christiane Jahn, head of the city planning department, told DW.

Over the years, that meant that more and more buildings stood empty - some residential, some industrial. Decaying, empty buildings generate a sense of urban decline, Jahn explained, and they cause the value of properties that are still inhabited to decline. This contributes toward a vicious cycle of people moving away. Something had to be done. 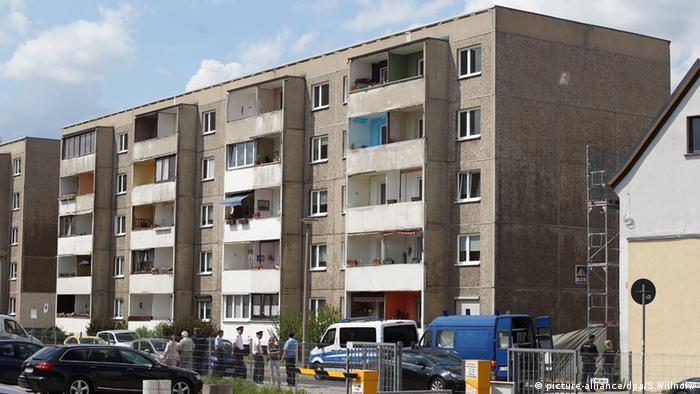 The solution was to remove unused or under-used buildings. Dessau's city planning department decided on a systematic approach that would concentrate building removals along a 120-hectare, boomerang-shaped sweep of land.

The broad plan was to re-green the areas, and reconnect them to the natural landscape along the river. Years of negotiations with landowners ensued, as the city coaxed them to sell land at low prices to the municipality, or trade lands within the planned greenbelt for other parcels elsewhere.

These negotiations are far from finished. Some property owners refused to sell, and some building owners have recently renovated apartment buildings within the greenbelt. But the city planners have nonetheless managed to gain control over dozens of hectares.

"The question became: What exactly shall we do with this land?" said Kirsten Lott, the city's director of parks planning, as she and Christiane Jahn accompanied this DW reporter on a tour of some of the open areas where apartment buildings, bread factories and meat processing plants once stood.

"We want to re-green it, but our budget for active management of city lands is very modest," Lott continued. 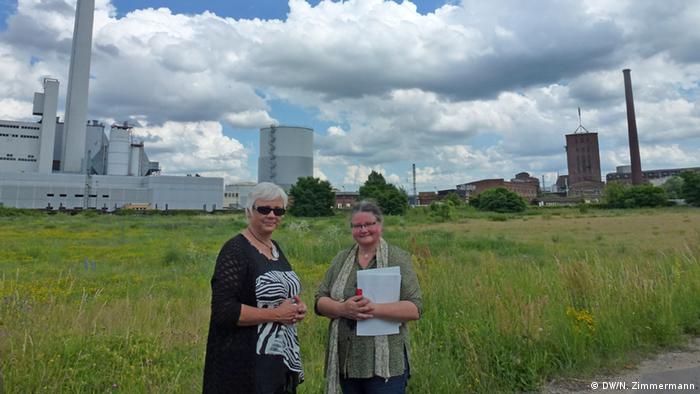 The city planners' solution was to let the land return to nature - albeit, in a controlled way: "We didn't want to leave ugly abandoned lots, with bits of tarmac and remnants of concrete lying around haphazardly," Lott said. "And we wanted high biodiversity."

And so today, in place of buildings, streets and parking lots, there are wildflower meadows - some featuring groups of trees, thickets of brambles, wild berry bushes or overgrown hedges. The areas are marked, with explanatory signs in some places.

The challenge, Lott and Jahn said, was to help citizens see how the new meadows were planned, intentional green spaces and not merely "empty, abandoned lots."

After drawing in botanists and landscape planners, as well as holding plenty of consultations with local residents, Lott and her colleagues in the city planning department settled on three distinct categories of treatment for the newly open spaces in Dessau's urban landscape. 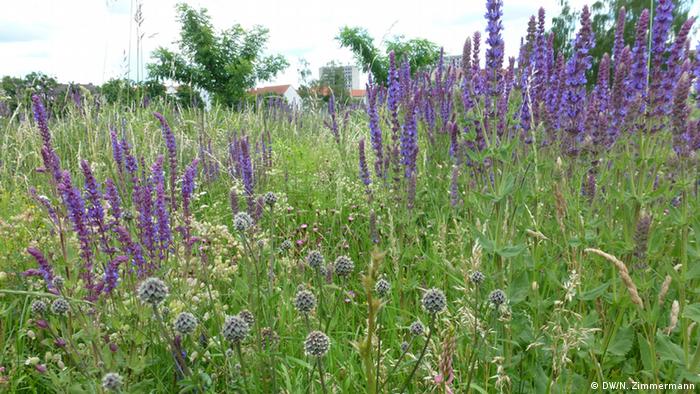 The first variation has involved doing little more than removing buildings, roads, and other structures, filling in old basements with sand - and then leaving nature to do the rest. These areas will be left to natural succession, and in due course are expected to become woodlands.

The second variation has entailed removing structures, spreading a diverse mix of wildflower seeds, and then returning yearly in mid-summer to mow the resulting meadow. The idea is to maintain a permanent, high-diversity wildflower meadow.

The third variation is applied in areas closest to areas still inhabited, and involves negotiating with residents on a case-by-case basis as to what they'd like to see done with newly opened areas.

"We offer opportunities for people to take on management of specific plots of land, to plant vegetable gardens, for example," said Lott. "But so far we've had few takers. One exception is an apothecary's garden planted by a local pharmacist." 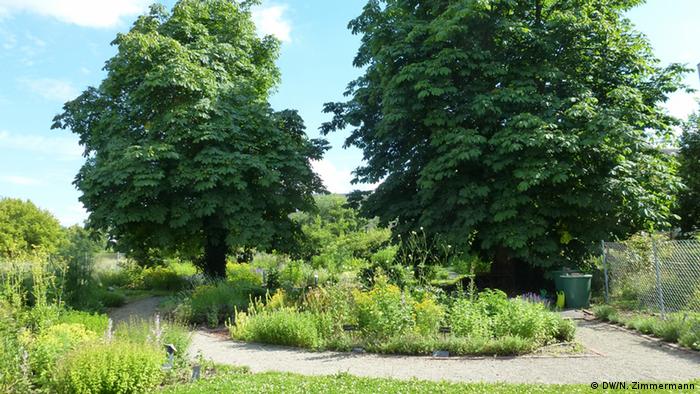 Seeing with a fresh perspective

"What we continue to struggle with is gaining local residents' acceptance of the meadows and urban wildlands as something desirable and intended," Lott said. Especially older people see the wildflower fields as abandoned, and complain that they don't look tidy enough, Lott explained.

Older people tend to have fixed notions of what open green-space should look like: Well-tended, like a lawn or a carefully planted garden, with things in tidy rows.

With kids, it's no problem, she observed: "They love having open areas around the apartments where they live. To them, it's all a playground."

Over time, through the schools, they'll learn about local plants and animals. "We have outreach programs to try to help people see the land differently," Lott said.

Lott related how nature observation rambles they organize help open residents' eyes to the biodiversity all around them. With one woman who lived next to a natural area, "Until we came along and got her to look closely at the plants and bushes, and named them and talked about them, she'd never really seen what was there all along - not in fifty years!"

What is the cash value of nature?

Researchers and economists at UFZ Leipzig are examining the value of nature in specific places in Germany as a means of better managing natural resources. Their findings are revealing. (17.06.2016)

German scientists in the new field of soundscape ecology are listening in on the animal kingdom using 300 microphones. The young discipline could shed light on the effects of climate change - and what it sounds like. (03.06.2016)