A German national has been charged with war crimes for desecrating the body of an enemy fighter. The man is alleged to have traveled to Syria to fight with terrorists in 2013. 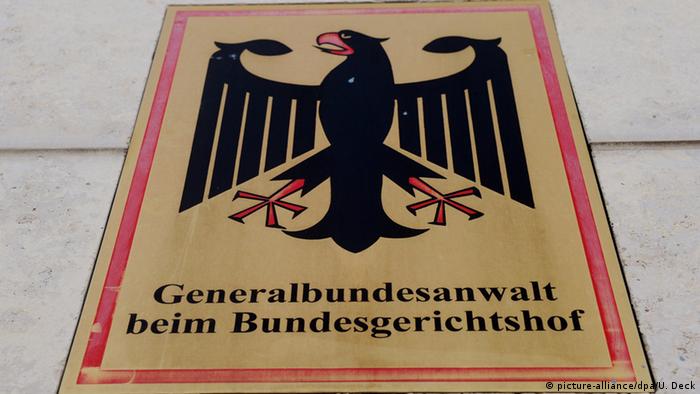 A 30-year-old German suspected of fighting with "Islamic State" (IS) jihadists saw new charges brought against him on Thursday. Now, on top of facing trial over membership in a terrorist organization, he has been charged with committing war crimes.

State prosecutors in Karlsruhe have claimed that Abdelkarim El B. traveled from his home in Frankfurt to Syria in 2013. From there, the attorneys said, he joined IS and was routinely at the forefront of the fighting in the country's civil war.

The war crimes charge stems from allegations that he desecrated the body of a dead enemy fighter. Along with other IS members, Abdelkarim is said to have cut off the ears and nose of the man's body, shot the corpse repeatedly in the head, which was then severed and kicked around.

According to prosecutors, the German national filmed the entire scene on his cell phone.

He was arrested in Turkey in 2014 and was eventually released early the next year. In February 2015, shortly after his return to Germany, he was arrested in Frankfurt. Originally charged with encouraging violent threats to national security, the indictments against him grew to include joining a terrorist group and now war crimes.

His trial is set to begin on August 22 in Frankfurt.

A study carried out by intelligence research firm The Soufan Group in May 2016 found that approximately 760 Germans had traveled to Iraq and Syria to fight with extremist groups since the Syrian conflict began in 2011.

Alleged 'IS' terrorists captured in Germany: How high is the risk of an attack?

After the arrest of suspected "IS" terrorists in Germany, politicians and police are urging calm. Yet many are concerned about the upcoming Euro 2016 soccer championship, Marcel Fürstenau reports from Berlin. (03.06.2016)

New details have surfaced regarding the investigation which foiled an 'Islamic State' plot to attack the German city of Düsseldorf. Investigators took four months to build a case after the plan was initially uncovered. (03.06.2016)

Germany's prosecutors said three Syrians have been arrested for planning an "Islamic State" attack on Düsseldorf's historic city center. A fourth terrorist was taken into custody by French authorities in February. (02.06.2016)