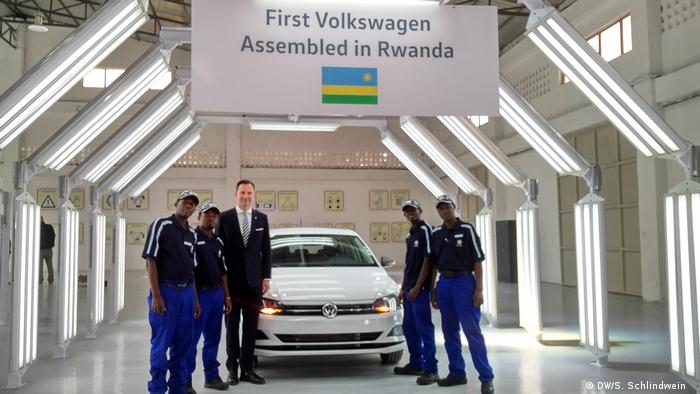 In August last year —  just when the global auto industry was beginning to spot green shoots of recovery following the worst carnage caused by the coronavirus — German carmaker Volkswagen unveiled its first vehicle assembled in Ghana, a Tiguan SUV, in the presence of Ghanaian President Nana Addo Dankwa Akufo-Addo.

The event marked the official opening of VW's first vehicle assembly facility in the West African country and the fifth in sub-Saharan Africa; the other locations are in South Africa, Kenya, Nigeria and Rwanda.

"Although the African automotive market is comparatively small today, the sub-Saharan region has the potential to become an automotive growth market of the future," Volkswagen said in a statement.

Africa has been touted as the final frontier for the global auto industry, which is eager to get the continent's fast-growing middle class to buy its vehicles amid rapid urbanization as demand falters in traditional European and US markets.

There are currently 45 vehicles for every thousand inhabitants in Africa against a global average of 203, with the continent's more than a billion people, or 17% of the world's population, accounting for just a little over 1% of cars sold worldwide.

"Every large market started out small and that's why it's important to adapt to market conditions early on, to be present at an early stage," VDA's Kurt-Christian Scheel told DW."Africa is a continent with very good growth prospects, with a potential that is still very little tapped."

The VDA expects the cooperation, which is part of the German government's efforts to help industrialize Africa and create sustainable jobs, to improve access for German firms to "sometimes difficult markets."

German auto majors such as VW, Mercedes-Benz owner Daimler and BMW are among the biggest car companies in Africa. They accounted for over 90% of the total passenger cars produced and more than a third of the cars sold in the key South African market in 2019.

While many of the German cars produced in Africa have been destined for European markets, companies are now beefing up their presence to meet the yet untapped demand from Africa, which has seen consumer spending rise at an annual rate of 10% over the past few years.

"Today if one just dropped all tariff barriers, one hasn't created the demand. So, it might be Morocco and South Africa that will benefit because they have industrialized but one needs to develop Africa. Create an ecosystem that creates the demand and therefore will support the industrialization," AAAM's Dave Coffey told DW.

The German auto industry is betting on a rapidly growing pool of local workforce to power its African facilities. The continent's working-age population is expected to grow by 450 million people, or close to 70%, by 2035, according to the World Bank. 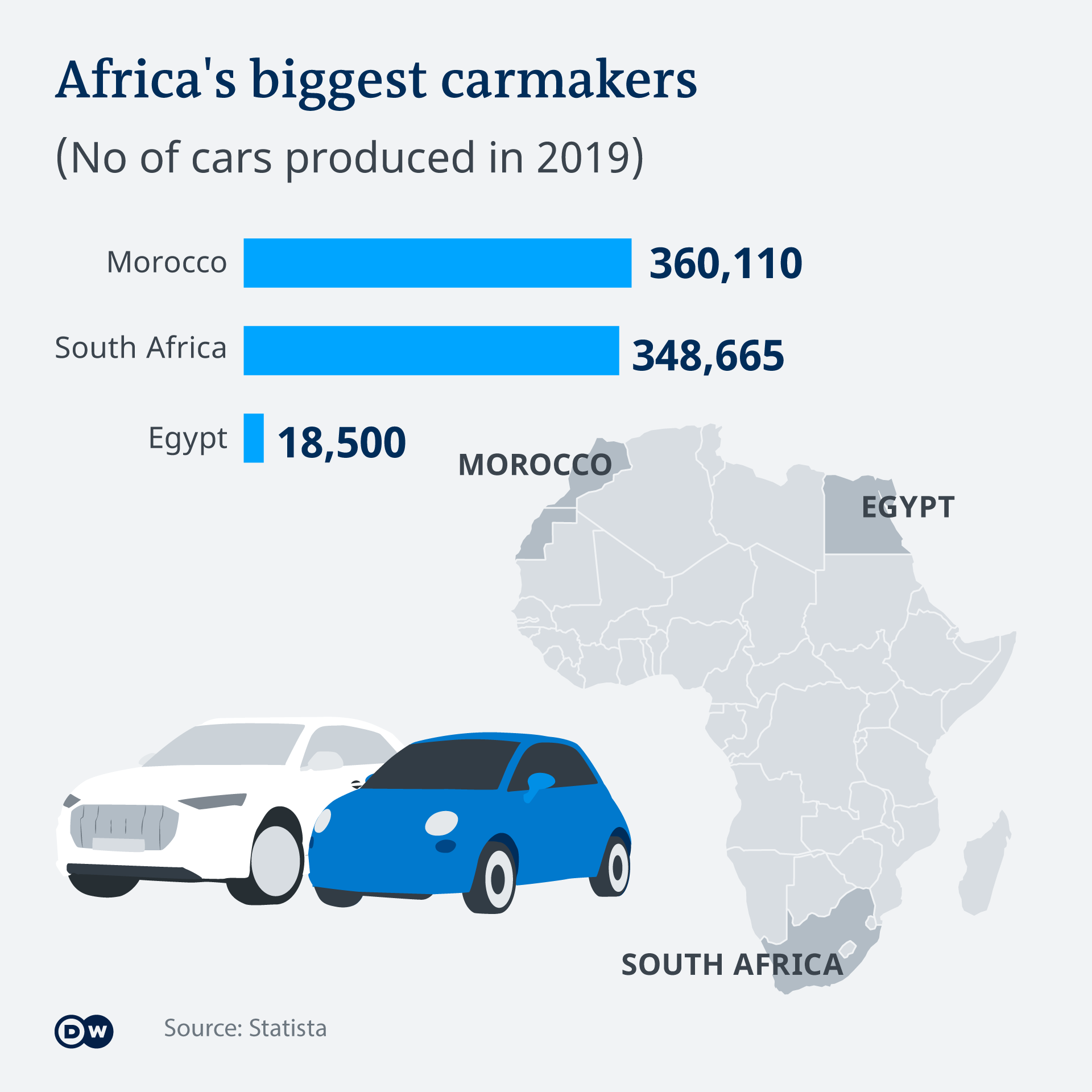 Global auto majors like VW and Toyota have been waking up to Africa's potential for years but the continent's small and fragmented markets and political uncertainty have discouraged them from committing huge investments in local production and assembly.

Poor fuel quality, lack of vehicle financing schemes and a huge demand for imported used cars have also had a role to play. New car ownership remains rare across Africa, where in most countries 8 out of 10 vehicles are second-hand cars.

Some governments like Ghana have imposed restrictions on used car and offer tax incentives to global carmakers to encourage them to set up local plants. But experts say increased tariffs on second-hand cars would not make new cars any more affordable, especially in the absence of auto loans, let alone cheap ones.

Robert Kappel, an Africa expert at the University of Leipzig, says much of the 300 million-strong African middle class can be categorized as lower middle class, which can't afford new cars, especially those produced by German carmakers.

"If you consider that a Volkswagen Jetta costs €25,000 ($31,000), that is beyond the means of the average middle-class income," he told DW. "The middle class is growing and will continue to grow in the long term. But the markets will not grow exponentially."

The carmakers have so far directed a bulk of their investments to South Africa and Morocco, the biggest auto manufacturing hubs by some distance in Africa. While the two countries mainly make cars for foreign markets, they also have big domestic markets, making long-term commitments there worthwhile.

Elsewhere in Nigeria, Kenya, Rwanda and Ghana, global carmakers are investing in assembly plants — often described as screwdriver plants because of the low manufacturing value addition that takes place in them — instead of full-fledged production units.

AAAM sees investments in these countries as the first steps toward building regional automobile manufacturing hubs — one each in southern, West, East and North Africa, powered by components sourced from other African countries such as Ivory Coast, Uganda, Angola and Senegal. The recently launched African free trade area could further bolster this vision.

Volkswagen looks to the future

With its cars beyond the reach of most Africans, VW is trialing ride-hailing and car-sharing services in Kigali, the capital of Rwanda. Customers can rent a car or have a driver pick them up through VW's Move app. The company is using cars — Polo, Passat and Teramont — assembled at its $20 million Kigali plant and plans to sell them in the second-hand market after a year or two in service.

The Move app has around 40,000 users. VW is reported to be mulling rolling out a similar service in Ghana.

VW has also partnered with German power equipment firm Siemens to test imported e-cars in Rwanda as part of its ride-hailing service with plans of ultimately making the whole fleet electric. The carmaker is hoping that Africans' now established penchant for leapfrogging technologies would make them cozy up to electric vehicles.

An exclusive audio-only discussion app is taking off in Germany, as COVID restrictions prompt people to embrace new digital communication tools. Could it compete with Twitter and WhatsApp? And why is it controversial?