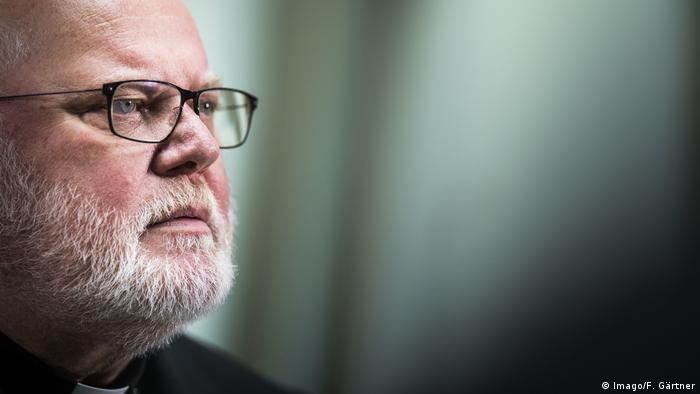 Cardinal Reinhard Marx has said he is planning to contribute some €500,000 ($607,000) of his own money toward setting up a foundation that would help victims of child abuse.

Marx, who is archbishop of Munich and Freising, said Friday the not-for-profit organization Spes et Salus (Hope and Healing) would see the Catholic Church engaged in trying to help victims process their experiences. He said his contribution constituted "by far the largest part" of his personal wealth, adding that the foundation should complement the church's commitment to prevention and to coming to terms with and acknowledging the suffering of abuse victims.

'Church system as a whole has become guilty'

"Sexual abuse in the area of responsibility of the church is a crime," Marx said. "It destroys the lives of many people and means heavy burdens for those directly affected, but also their families and friends."

According to a report commissioned by the Catholic Church, released in September, 1,670 priests — or 4.4% of Catholic clerics — abused 3,677 people between 1946 and 2014 in Germany. Most of the victims were boys.

"The church system as a whole has become guilty here," said Marx. "Abuse has systemic causes and consequences."

After grim revelations from around the world, German bishops last spring announced a reform process called the "synodal path." The exercise would examine topics including power structures, sexual morality, celibacy and the role of women in the church.

Marx said he had always tried to deal with the money allocated to him in his various posts. According to the regulations of the Bavarian Concordat, he receives €13,654 before tax per month (or around €164,000 annually) from the state government in his role as archbishop.

The cleric left his role as the head of the German Bishops' Conference earlier this year, saying he wanted to make way for somebody younger.