German beach volleyball stars Karla Borger and Julia Sude have said Qatar is "the only country" where players are forbidden from wearing bikinis on court. 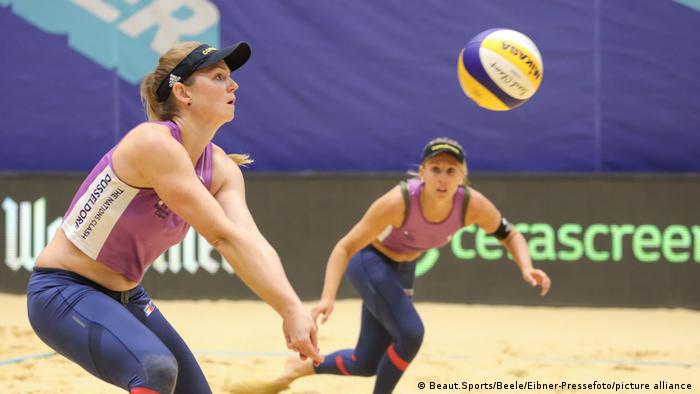 Borger and Sude have said they will boycott a tournament in Qatar next month because of the country's tough restrictions on what players wear on court.

"We are there to do our job, but are being prevented from wearing our work clothes," Borger told radio station Deutschlandfunk on Sunday. "This is really the only country and the only tournament where a government tells us how to do our job — and that's what we're criticizing."

The statement comes as Qatar prepares to host the FIVB World Tour beach volleyball event in March. It will be the first time Doha has hosted a women's World Tour event, though the city has frequently hosted men's events over the past seven years. 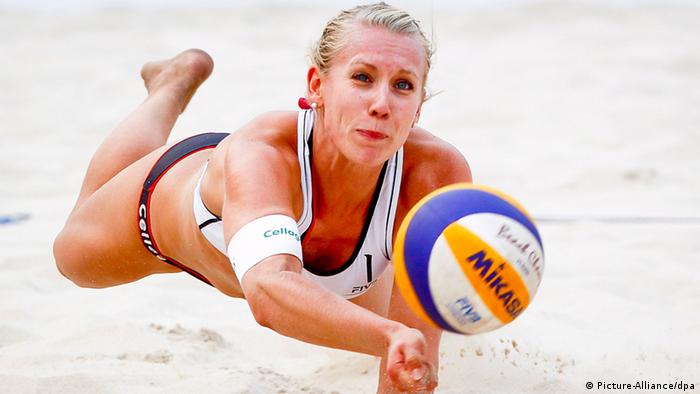 'We are there to do our job, but are being prevented from wearing our work clothes,' Borger said

Female players at the FIVB tournament have been asked to wear shirts and long trousers rather than the usual bikinis.

The federation says the rule is "out of respect for the culture and traditions of the host country."

Borger said that they would normally be happy to "adapt to any country," but that the extreme heat in Doha meant that bikinis were necessary.

Though not as hot as the scorching summer months, temperatures in the Gulf state can reach as high as 30 degrees Celsius (86 degrees Fahrenheit) in March. 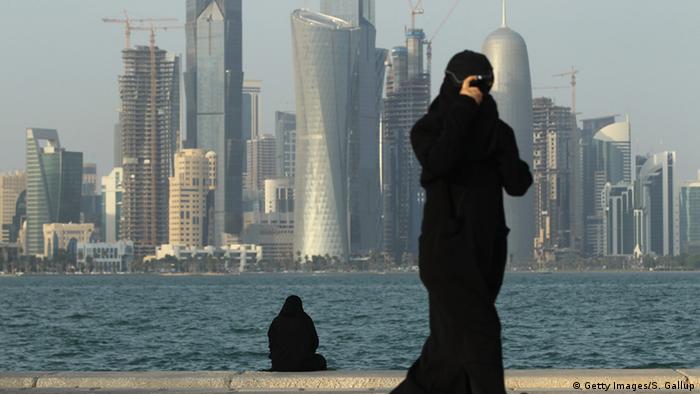 The German volleyball federation DVV has supported the players' decision to not accept the rules imposed by Qatar.

The Qatar volleyball association reacted to the news by explaining they were "committed to ensuring that all athletes are made to feel welcome and comfortable at next month's event."

They said all athletes were free to compete in their international uniforms.

"We would like to make clear that we are not making any demand on what athletes should wear at the event," a statement insisted.

The gas-rich Middle Eastern country has hosted an increasing number of major sporting events in recent decades, though its human rights record, lack of sporting history and brutally hot weather make it a controversial venue.

Heat and humidity were major issues during the road races at last year's World Athletics Championships held in Doha.

Discriminatory labor practices and alleged human rights abuses in Qatar have been the subject of intense scrutiny ahead of next year's football World Cup.

Speaking to Deutschlandfunk on Sunday, Borger questioned whether Qatar was a suitable host nation.

"We are asking whether it's necessary to hold a tournament there at all," she said.