The German government has approved over 4 billion euros worth of arms exports in 2016 so far, a newspaper report has claimed. The figure marks a renewed increase in controversial weapons deliveries. 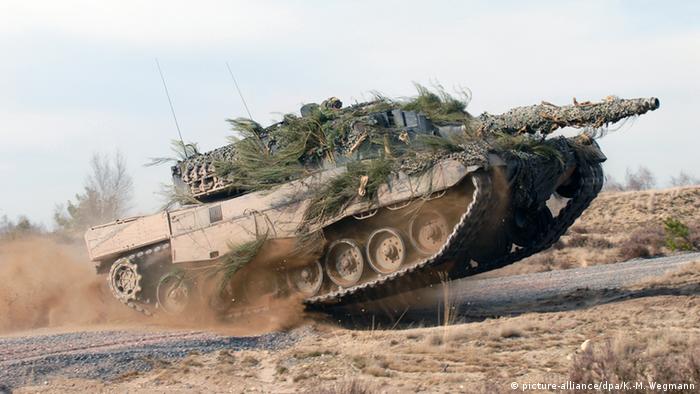 German newspaper "Die Welt" reported in its Tuesday edition that the government in Berlin had approved 4.03 billion euros ($4.48 billion) worth of arms exports in the first six months of 2016, up from 3.46 billion euros in the same period a year ago.

The report came just two days after the daily cited from Economy Ministry documents saying that the country's arms exports almost doubled in 2015, hitting the highest level since the beginning of this century. 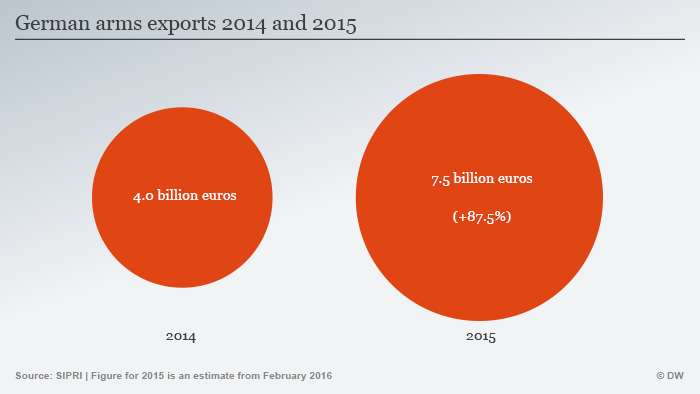 Economy Minister Sigmar Gabriel had promised to take a much more cautious approach to licensing weapons exports, especially with regard to the Middle East and other unstable regions.

Attempting to explain previous increases in exports, Gabriel had frequently pointed out that big-volume shipments now up for delivery had already been approved by the preceding government of Social Democrats and pro-business liberal Free Democrats.

"Die Welt" said there was a total of 6,400 approvals of arms exports in the first six months of 2016. Some 4,500 of them were linked to shipments to fellow EU and NATO member countries or nations considered to be military allies of NATO.

The daily also mentioned the delivery of a frigate to Algeria, an expensive shipment pushing up the total sum of exports for the period under review, although the approval itself was finalized back in 2012.

The reports noted that the export of small arms decreased again in the first half of the current year, reaching a volume of 11.6 million euros, down from 12.4 million euros in the same period a year earlier.