German agency moots sausage tax - but ministry says no | Germany | News and in-depth reporting from Berlin and beyond | DW | 05.01.2017

Germany's federal environmental agency has called for heavier VAT on meat and milk and other animal products. But while campaigners rejoiced, the environment minister has already rejected the idea. 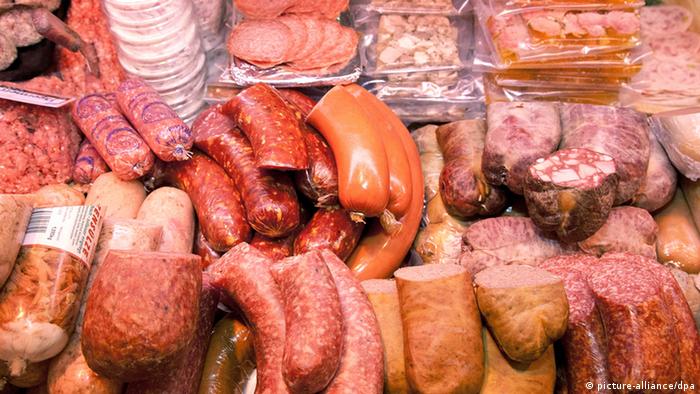 It sounds like the quintessential German nightmare: frankfurters, salami, and schnitzel would be subject to higher tax rates if the federal environment agency (UBA) had its way. The UBA released a report on Thursday on what it called "environmentally-damaging subsidies" for certain industries.

Among these, it counted the reduced VAT on animal products. Since meat and milk cost so much more energy and natural resources to produce, the UBA argued, it should be subject to the full 19 percent VAT, not the reduced 7 percent that food is normally taxed at.

Perhaps mindful of Germany's carnivorous culture, Environment Minister Barbara Hendricks, to whose department the UBA belongs, was quick to shoot down the idea. "These are the suggestions of the federal environment agency, not of the environment ministry," she told the "Rheinische Post" newspaper. "I do not think much of individual measures included in them."

More predictably, Food and Agriculture Minister Christian Schmidt was equally dismissive. "The UBA's demand is not new and doesn't get better with regular repetition," he told the same newspaper. "I don't want to use punitive taxes to prescribe to citizens what they put on the table." 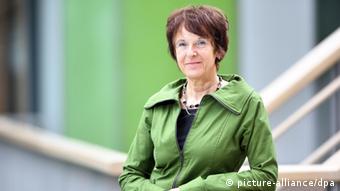 Krautzberger says it's time for a sausage tax

The UBA's proposal is part of a regular report it produces on how the German government subsidizes industries that damage the environment. According to its conclusions, some 57 billion euros ($59 billion) of public money was spent on environmentally-damaging subsidies in 2012 alone - mostly in the transport sector (28.6 billion euros) and the energy sector (20.3 billion euros).

For the first time, though, the UBA also included the lower VAT on animal products in its calculations, because of the methane and nitrous oxide emissions involved in animal farming, and concluded that this cost the public coffers some 5.3 billion euros.

"For years, we have been affording ourselves huge blind spots when reducing subsidies," said UBA President Maria Krautzberger in a statement. "It's a paradox: Germany is committing itself to more climate protection on an international level. At the same we are rewarding climate-damaging behavior in our own country with tax money."

After some agonizing and slightly embarrassing prevarication over its 2050 climate protection plan last November - which eventually involved compromising with the coal industry - the German government did put reducing state subsidies for climate-damaging industries on its agenda ahead of the United Nations Climate Change Conference in Marrakech. But by immediately knocking down the UBA's proposals on Thursday, the government appeared to be reluctant to put those plans into action. 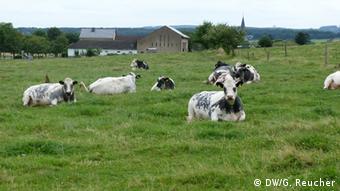 Keeping cows can be good for the environment, say farmers

The UBA thinks the tax hike for sausages could be compensated for by lowering VAT on fruit and vegetables, whose production causes much less greenhouse gas emissions (less than one kilo of gas, as opposed to between seven and 28 kilos for beef, according to the UBA).

Meat is murder - for the climate

The UBA's idea was welcomed by Greenpeace, whose energy specialist in Germany, Tobias Austrup, told the DPA news agency: "If we want to fight climate change, the government can't simultaneously promote its causes with tax billions. Tax gifts for cheap meat, state subsidies for the coal industry and billions for diesel drivers hide the true costs and need to be abolished."

For their part, German farmers were angered that agriculture had been singled out in the UBA's press releases. "You don't make a meaningful contribution to climate protection with misleading figures and a tunnel view on agriculture," said Joachim Rukwied, president of the German Farmers Association (DBV), in a statement. "A punitive tax on food would have no positive use for the climate, but would make daily shopping more expensive for the consumer."

Rukwied also argued that the UBA's report ignored the potentially positive effects of meat production. "Elementary connections are being ignored," he said. "Without beef production, no green land maintenance would be possible." He added that the UBA was also ignoring the fact that beef was just one of many products that farming cattle produced.

In any case, Rukwied said, agriculture accounts for only 7 percent of Germany's greenhouse gas emissions, while energy, industry and traffic together create 90 percent. "It's completely incomprehensible how one could put agricultural animal husbandry in the front row of climate sinners," he said.

Is it a bird? No, it’s supermeat

Would you eat chicken grown from a capsule? An Israeli start-up is hoping to convince you, for the sake of the planet. (01.08.2016)