Georgian-Russian border set to reopen | Europe | News and current affairs from around the continent | DW | 24.12.2009

The Georgian government has confirmed that a border crossing between Russia and Georgia is to be reopened. Georgian-Russian relations have been strained since a short war fought last year. 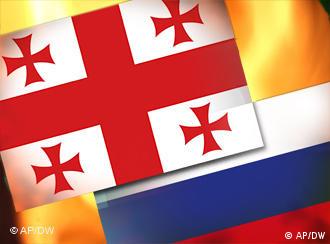 Ties between Russia and Georgia appeared to be improving on Thursday after a Swiss-brokered deal resulted in a plan to reopen a mountain pass on the border. All border crossings and flights between the two nations have been closed since the August war fought in 2008.

"According to our preliminary verbal agreement with the Russian side, the Verkhny Lars checkpoint will open in early March," Georgian Deputy Foreign Minister Nino Kalandadze told a news conference.

Georgia and Russia fought a brief war last year over the Georgian breakaway regions of Abkhazia and South Ossetia.

Opening up the border would be the first sign of thaw in diplomatic ties between Russia and Georgia which were severed after the war.

The Russian border service also released a statement citing the "shared need to resume international traffic between Georgia and Russia."

All is not forgiven

Moscow has repeatedly asserted, however, that it would not resume official relations with Georgia as long as President Mikheil Saakashvili remains in power.

Kalandadze said the agreement would allow Georgian citizens and cargo to cross the border and that a formal protocol on reopening the crossing would be finalized within two weeks.

On Tuesday, Georgian airlines Airzena asked the Russian government to allow it to run charter flights between Tbilisi and Moscow during the winter holiday period. Approximately one million Georgians live in Russia.

"We assess the resumption of air links positively. We hope that negotiations between private air companies on resumption of flights will result in a positive decision," Kalandadze said.

Abkhazia has re-elected its leader for the first time since Russia recognized its independence from Georgia. But the European Union and the US have refused to recognize the breakaway region’s election. (15.12.2009)