A new report commissioned by the EU said that Georgia started the South Ossetia conflict last summer, but also found Russia's response illegal. Both Georgia and Russia have claimed the report supports their version. 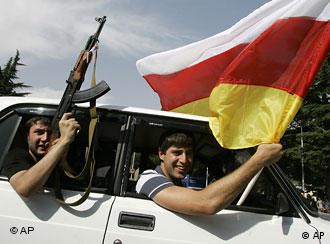 According to the report, carried out by Swiss diplomat Heidi Tagliavini and presented to the European Union on Wednesday, there is no evidence to support Georgia's claim that Russia had already sent troops to annex South Ossetia before Georgia began its attack on the region's capital Tskhinvali on the night of August 7/8 2008.

"There was no ongoing armed attack by Russia before the start of the Georgian operation," the report said. "There is the question of whether the use of force by Georgia in South Ossetia ... was justifiable under international law. It was not." 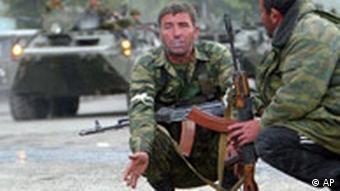 The military conflict lasted five days, though the ceasefire was not respected immediately

While the report found Russia's initial military action justified, it called into question whether the subsequent advance of Russian troops and tanks into much of central Georgia had been "necessary and proportionate". The report suggested that "the greater part of Russian military action went way beyond the boundaries of self-defence".

Retributive attacks carried out by Russia after the cease-fire had been declared were deemed "in no way justified". According to the report, the attack by Russian forces on the upper Kodori Valley - an area held by Georgia before the conflict - "constituted an illegal use of force as prohibited by ... Article 2 (4) of the United Nations Charter". The attack was backed up by troops from the breakaway region of Abkhazia.

The Russian ambassador to the EU, Vladimir Chizhov, praised the report for identifying Georgia as the original aggressor. "The report is objective for the most part in coming to the conclusion that Georgia began the aggression against South Ossetia," Chizhov said. 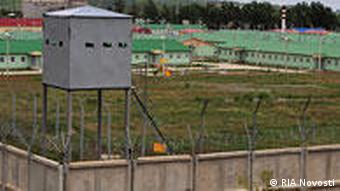 Russian troops are still stationed in the region's capital Tskhinvali

Georgia claimed that the report proved that Moscow had been preparing for armed conflict in advance. "The report is not about who started the war; the war did not start on August 7 or 8," Georgian State Minister for Re-integration Temur Iakobashvili told reporters. "The report proves that Russia was all the time preparing this war and August 7 and 8 were the culmination," he said.

While the report said that the Georgian attack on South Ossetia marked the beginning of the conflict, it conceded that the attack followed "long periods of increasing tensions, provocations and incidents". It also concludes that the threat of a new confrontation in the area "remains serious".

Anger festers as South Ossetians accuse Europe of failing them

Europeans might be stunned to learn of the outrage of many in South Ossetia at the presence of EU ceasefire monitors -- part of an EU-brokered peace pact between Georgia and Russia that ended the war in August last year. (17.02.2009)

South Ossetia's self-proclaimed government said it was time for the region to "unite once and for all" with Russia. The breakaway republic was at the center of Moscow's military intervention in Georgia in 2008.