Giorgi Gakahria has said in a statement he would step down to avoid more "political polarization" following the announcement of plans to arrest opposition politician Nika Melia. 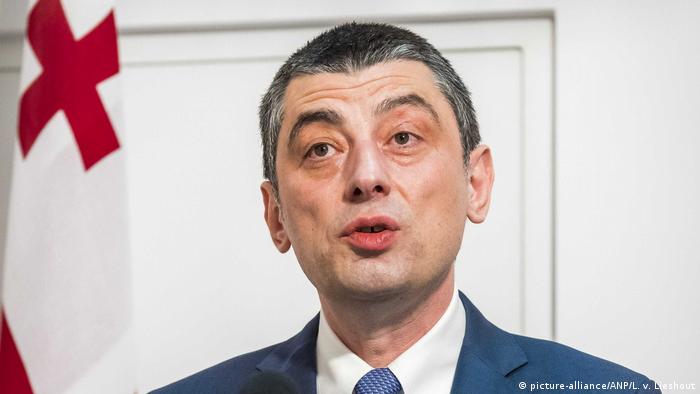 The move deepens a political crisis in the country following parliamentary elections in October that were marred by fraud allegations.

Why did Gakharia step down?

Gakharia said in a statement that he was resigning due to disagreements within his own team over enforcing an arrest order for Nika Melia, chairman of Georgia's main political opposition, the United National Movement (UNM).

"Unfortunately I was unable to reach a consensus with my team on this issue, so I have decided to resign," Gakharia said, adding that he hopes the move will "reduce" political polarization in Georgia.

Gakharia said disagreement within his government would "pose a risk to the health and lives of our citizens and increase political polarization in the country."

What did the opposition say?

At UNM headquarters in Tbilisi, Melia called for early elections on "behalf of all opposition parties."

"Let's sit at the negotiating table with representatives of this government," he told supporters, who were celebrating Gakharia's resignation. 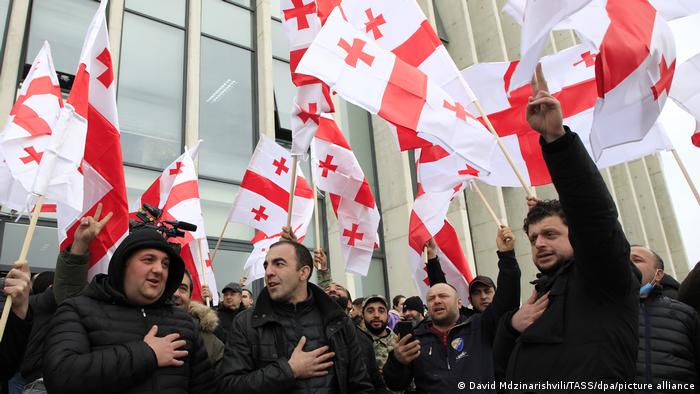 Georgia's opposition parties say that the parliamentary election in October was rigged, and have refused to recognize the results by boycotting parliament.

The boycott threatens the legitimacy of the ruling Georgian Dream party, which won the elections.

Why is Melia being targeted?

Melia had been ordered into pre-trial detention Wednesday evening. A Tbilisi court refused bail for the 41-year-old who is accused of organizing "mass violence" during anti-government protestsin June 2019.

Melia had refused to pay an increased bail fee, arguing he had already posted bail in 2019. He said the charges were "trumped-up" to target political opposition.

"The case against me is judicial nonsense. Paying bail twice is nonsense. It is part of ongoing repression against the opposition," he told AFP news agency Wednesday. 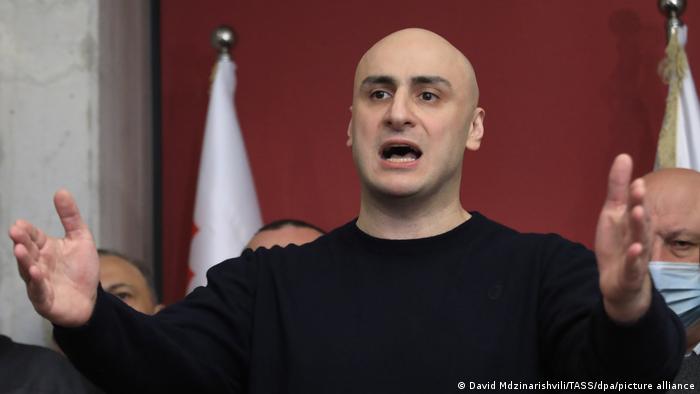 The European Union envoy to Georgia said Melia's case was setting a "dangerous trajectory for Georgia and for Georgian democracy."

Gakharia has been accused by the opposition of having close ties with Russia, and was dubbed "Moscow's man" by his political opponents.

Russia and ex-Soviet state Georgia have had tense relationssince a brief war in 2008 over two breakaway pro-Russia provinces.

As interior minister in 2019, Gakharia led the police crackdown on anti-Moscow protesters before he was appointed prime minister in September of that year.

Thousands took to the streets of Georgia's capital once again after anti-Russia protests the night before left hundreds injured. Russia's Vladimir Putin has also suspended flights to Georgia over the situation.