Gambia's search for truth and justice

Gambians went through torture, murder and abuse in the 22 years dictator Yahya Jammeh ruled the country. A new commission was appointed to investigate the crimes and compensate the victims. Katrin Gänsler reports. 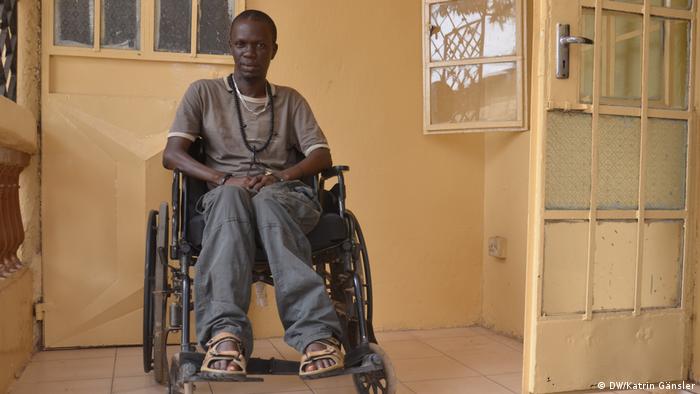 Yusufa Mbaye looked at the little beige gate that separates his parents' house from the outer world. There are days when he sits for hours just staring at it. He needs his sister's or mother's help just to cross it. 34-year-old Mbaye is paralysed and uses a wheelchair because of what happened to him on April 10 and 11 of 2000. "It is a day I will never forget because it was a very sad day in my life," he told DW. "We students were protesting the murder of another student and the rape of a schoolgirl."

The young people's protests are now part of the country's history. A student had been tortured to death by firemen; the girl was 13 at the time of her rape. "We wrote to the government demanding that they take steps. But they didn't. So Gambian students organized protests," Mbaye said, trying to keep emotions at bay.

The situation escalated quickly. The government's security forces under ex-President Yahya Jammeh shot 14 people dead. Yusufa Mbaye was hit in the back by a bullet. Despite underwenting months of treatment in Egypt he has been confined to a wheelchair ever since. He couldn't complete his studies nor find a job. He depends on friends and charity organizations to survive. 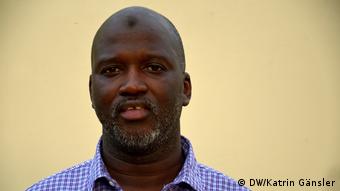 Justice Minister Tambadou wants the commission to represent all Gambians

The new Government under President Adama Barrow wants to change that. Last December he won a surprising electoral victory against Jammeh, who ruled Gambia for 22 years. After difficult negotiations and tense moments, Jammeh relinquished power in January and went into exile in Equatorial Guinea. He left behind a wary country deeply scarred by human rights violations. Recently the new government appointed a Truth, Reconciliation and Reparation Commission to  help the country come to terms with the past, said Justice Minister Abubacarr Tambadou. "We want to establish the truth; to know those who was involved in these abuses; why they did it, what there objective was, the context, whether it was planned by the State, by a group or an individual," Tambadou said.

Only $1.4 million (1.2 Million euro) were set aside to finance the commission. Part of the money will be used to compensate victims through pensions or stipends for orphans. In coming months, an effort will be made to ascertain how many people are entitled to assistance. Political scientist Essa Njie of the University of The Gambia had doubts about the commission's ability to meet all its goals. "You don't reconcile people just like that. You have to compensate them too. But looking at the economy right now, the government will find that difficult to do," he said.

Seven months after the change in power, victims like Yusufa Mbaye are already tired of all the advertising being carried out by the new politicians to promote the project. Mbaye himself met President Barrow in Senegal in January. But he never heard from him again. "Maybe there will be some compensation, maybe not. I am not convinced by Gambia's government," he said. 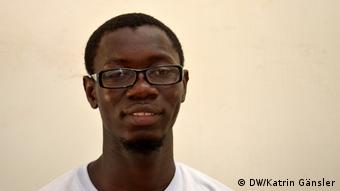 Bringing together a divided country

Many aspects of the project still need to be clarified. Nobody knows to what extent perpetrators will be charged or what to do about Jammeh supporters who are still in positions of responsibility. Analyst Njie demands a thorough investigation. "We have to avoid selective justice. We can't just investigate a certain area or group of people. So many crimes have been committed in this country since 1994," he said.

Another issue is important for Gambia's two million inhabitants. After years of human rights abuses the time has come to bring together a divided country. "Hopefully, every Gambian will feel represented by this commission," Justice Minister Tambadou said about the new project, adding: "When the commission was set up, we took into account regional, ethnic and religious considerations."

Yusuf Mbaye feels that this is not enough. He believes the commission to be too impersonal. "I want to meet President Barrow again with all Jammeh victims," he told DW. And maybe one day he will be able to learn who shot him in the back.

Gambia's justice minister has claimed that former leader Yahya Jammeh stole around $50 million from state coffers via a state telecoms company. Jammeh was forced to step down in January after 22 years in power. (23.05.2017)