Seldom has an election given rise to so much hope on the African continent as the one that placed Adama Barrow at the helm of the Gambia in December of last year. But six months later discontent is on the rise. 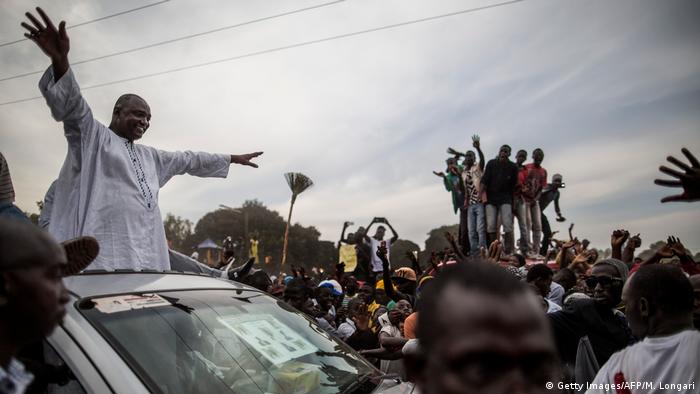 Tens of thousands of Gambians took to the streets of the capital Banjul on December 2nd, 2017 to celebrate the electoral victory of Adama Barrow. They were also feting the end of more than two decades of oppressive rule under Yahya Jammeh who had come to power in the tiny West African country through a military coup in July 1994.

Adama Barrow, a previously little known local businessman, won by promising to free the Gambia from dictatorship. For his supporters, his victory signaled the birth of a new era of freedom, democracy, progress, prosperity and respect for the rule of law. But how do Gambians feel today? Mariama, a young student, told DW that she was disappointed: "I don't think much has been done in the areas of development." She acknowledged that the government was full of good intentions. "But still it's like everybody is in a limbo, there is too much chaos and darkness." While happy about the end of the Jammeh era, Mariama would like the government to stop blaming everything on the former ruler and come up with some solutions for the problems. 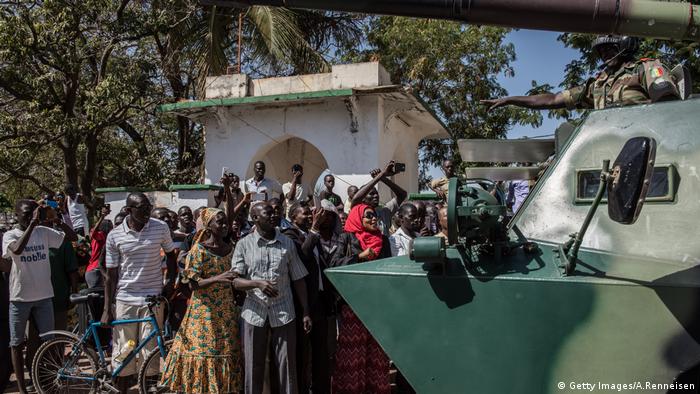 ECOWAS sent troops to pressure President Jammeh to step down

A young man called Lamin disagreed: "I feel a lot has been achieved. We fought so hard to ensure the end of the oppressive regime. Since then we have found freedom of expression. We have seen democratic principles being upheld." Many Gambians agree that freedom of expression is one of the main gains of the change of government. Analyst Amadou Khalil Dieme is no exception: "Sure, we have our liberty back, especially freedom of expression," he told DW, adding "but the Gambian economy is in the doldrums."

The government has admitted to difficulties in straightening out the economy. It says it has inherited an economy bankrupted by systematic corruption and embezzlement by former President Jammeh and his coterie. Economist Nyang Njie expects some quick and fundamental reforms from the Gambia's leaders. "Barrow's biggest challenge is strong economic governance, to restructure government institutions, economic institutions and institutions of power and influence," Njie told DW.

Another analyst, Malamine Bodian, pointed out that much time has been wasted since the ouster of Jammeh, especially on the issue of security: "There is an increase of armed robbery. The sale and use of drugs are increasing at alarming rates." 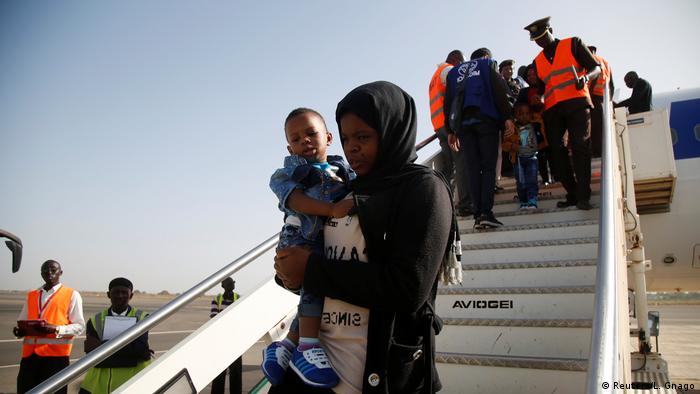 After the election, many would-be Gambian migrants stranded in Libya returned home voluntarily

There are also fears that former soldiers loyal to Jammeh might represent a threat to the new president. Analyst Amadou Fall rejects the notion: "If there is any danger at all today, it comes from the way the country is being governed and the lack of experience of those who are now in power."

While Barrow and his officials strive to restore failed institutions and put in place effective policies, Gambians are waiting for the fulfillment of campaign promises to make their lives better. Since he came to power, hundreds of young citizens who became stranded in Libya in their quest for a better life in Europe returned home under a United Nations voluntary repatriation program. But many say they will attempt another perilous crossing of the Mediterranean if the government is not able to provide them with jobs.

West Africa's regional bloc ECOWAS was able to exert huge pressure on Gambian ruler Yahya Jammeh and force him to step down. Other African regional blocs don't have ECOWAS's clout. (24.01.2017)