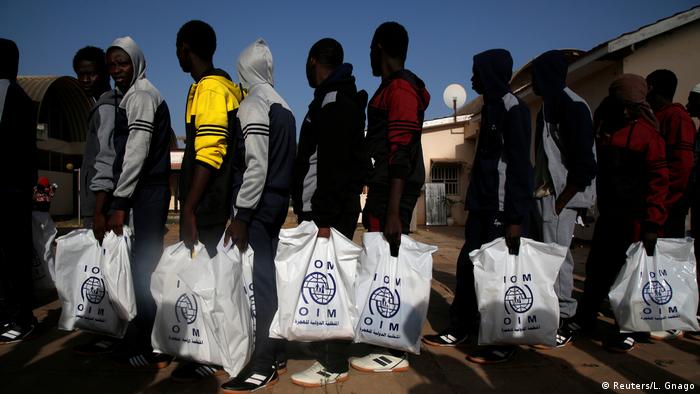 DW: Gambia is a very tiny country. Less than two million live here, yet a huge number of people are leaving. More than 12,000 migrated last year, trying to cross the Mediterranean and get to Europe. Earlier this year however, there was a change of government, and lots of hope for change. How does it look? Is the number of people migrating still high or can we already see a trend reversing that?

Richard Danziger: It always takes time to see trends. It's difficult to calculate a change after an event. What I hear anecdotally is that fewer people are leaving.  There is a lot of new hope with the new government, so I imagine that would attract more people to stay and see what opportunities arise here.  But if people don't see more jobs in a few weeks or months, we might be back to pre-regime numbers. This is speculation, but based on what young Gambians tell me.

Expectations of young Gambians are high. Do you already see the new government encouraging people not to leave or encouraging those who have left to come back?

Danziger: Yes, I've met with several government ministers. They are very concerned about the numbers of youths leaving, not just in terms of reducing the loss of human capital in the country, but of course in terms of loss of lives. So a lot of thought is being put into what can be done to keep Gambians here. Yes, there's a need for more jobs, but what social factors—family or community pressures, are pushing Gambians to go? We discussed with one minister the possibility of having a broad-based national consultation, but we need to ask young people themselves what is pushing them to leave and what would make them stay beyond job opportunities.

Someone today told me something that should be looked into: The fact that tourism plays such big part of the economy might very much be a push factor:That Gambians are in touch with Europeans and see how Europeans live, apart from what they can see on social media.  This might be one factor pushing them to leave.  Seven times more Gambians leave their country compared to nationals from other West African countries, so that's a huge number. 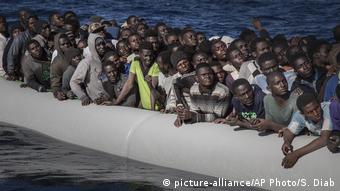 Returnees are warning potential migrants of the hazards of the back door route to Libya and Europe.

What is IOM doing in terms of working with migrants, returnees and potential migrants?

Danziger: We are providing assistance to Gambians who return, in particular those coming back from Libya. This year we've brought back some 700 Gambians who had been in detention in Libya and we're doing our best to help them set up new lives here. What we will start doing is to reach out to families and communities to explain what young Gambians face if they take the so-called back door to Libya and the North.  We will be using returnees to (speak about their experiences) and make sure others don't follow the same path they did, and ending up in trouble in the desert, in Libya or the Mediterranean and so forth.

So what made those who have come back from Libya return? Is it the bad situation in Libya or because of new opportunities here?

Danziger:  There's no question a lot of these people were just desperate to get out of Libya.  I don't think the new government had anything to do with that. By coming back here of course, they have much more hope for a decent life.  You can tell the difference in atmosphere in this country compared to six months ago, but we have to ensure that these people have something to live for. The last thing we want is for people to fall into desperation again and try their chances elsewhere. I shouldn't say elsewhere, since there is free movement within the Economic Community of West African States (ECOWAS) region, so there's absolutely no issue for a Gambian who may want to try his luck finding work in Nigeria or Senegal.  But we certainly want to avoid people migrating or re-migrating on the dangerous routes through the Sahel region in the Sahara.

In Europe, including Germany there's now a political debate on making Turkey-style deals with other countries to take back migrants after they try to cross the Mediterranean. One country that is mentioned is Libya.  Under the current situation is that realistic?

Danziger:  I don't think it's realistic. The latest I've heard from Europe is that this isn't realistic. We see what goes on with these irregular migrants in Libya. We're working with the government to improve conditions in detention centers, but there's a long way to go for them to meet international standards.  It's not realistic to have a similar deal as with Turkey. 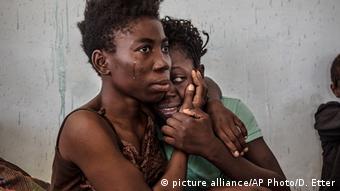 "The Libyan Migrant Trap" at a detention center that are far from international standards.

IOM operations in this country seem to be rather small scale. Why is that the case when we talk so much in Europe about preventing migration from Africa?

Danziger: You're right. We are expanding, but right now we're quite small. The European Union and its member states are taking the problem very seriously and have committed resources. We will work closely with the EU on this and we're pushing to overcome administrative hurdles.  If you come back in two months you will definitely see much more going on here.

So you see more financial support from European countries?

Danziger: The financial support is there, no question about that. We are certainly under pressure to show results and to show that European tax money is being well spent, not just in terms of managing migration from the European angle, but also in assisting development in the countries of origin, such as Gambia. So the strategy in terms of decreasing the numbers of migrants crossing the Mediterranean to Europe, is to create opportunities for them in their own countries and of course to get the message out that it's not worth the risk of crossing the desert, crossing Libya and crossing the Mediterranean.

After a shock vote to remove President Yahya Jammeh from power in December, Gambians are now selecting new deputies in parliamentary elections as they press ahead with democratic renewal. (06.04.2017)

EU officials say they doubt whether Libya has a workable plan to prevent migrants leaving its Mediterranean coast for Europe's shores. Tripoli has requested the EU provide new equipment and boats for its coast guard. (27.04.2017)