After 22 years of dictatorship, Gambia is steeling itself to face up to its troubled, unpleasant past of arbitrary arrests, torture and lives spent in exile. The new government is urging Gambians to be patient. 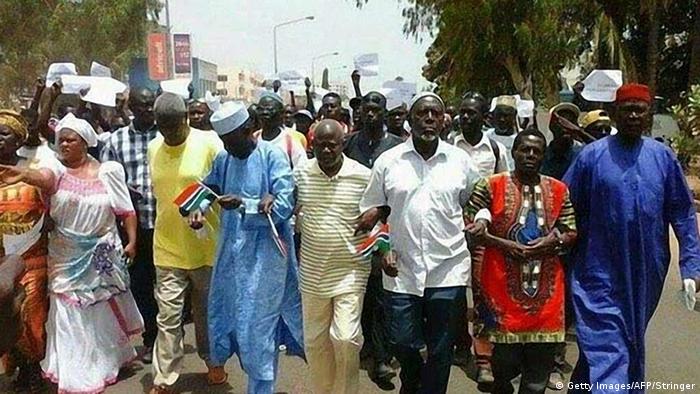 The floral curtains are hanging loosely in front of the window. Madi Ceesay sips at his tea. He is a journalist in Gambia. Until very recently, he would have got up from his chair and pulled the curtains to one side and peered around the corner to make sure nobody was eavesdropping before starting our conversation. The regime had ears everywhere. One off-the-cuff remark critical of the government and you would have 'disappeared' the next day.

After dictator Yahya Jammeh took power in a coup 23 years ago, he ordered the NIA secret service, the police and paramilitary to systematically repress critics, perceived enemies of the regime. They included journalists, gay, lesbian and transgender people and political opponents. Jammeh believed that these individuals violated Gambia's traditional cultural and religious norms. They often only had one option, which was to flee the country and live in exile.

Gambia had one of the world's highest migration rates, measured as a percentage of the total population, which in Gambia amounts to 1.5 million. Many refugees on their arrival in a third country reported that they had been tortured in Jammeh's prisons. Within Gambia itself, people were careful what they said and to whom. They had a lot to lose if they made an unguarded political remark. 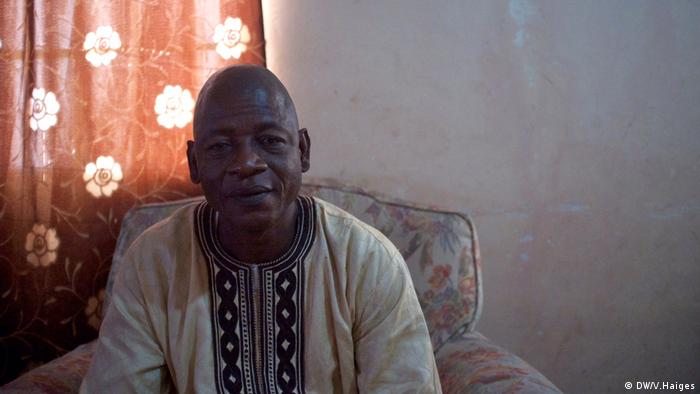 Madi Ceesay, a Gambian journalist, was imprisoned under the Jammeh regime

Ceesay worked for the Gambian paper "The Independent." He and his colleagues were critical of the government in their reporting. Eleven years ago, the paper was shut down and all members of the editorial staff were arrested. Sissi's colleagues were interrogated for a day and a half and then released.

Ceesay, who was editor-in-chief at the time, was taken to one of the NIA's notorious prisons. Masked men dragged him half asleep out of his cell; he was beaten up and tortured. The government wanted to know who he was working for. At that time, Jammeh's government was convinced that journalists in Gambia were being paid by foreign beneficiaries to destabilize the regime. Since his release, Ceesay is haunted by traumatic memories of that ordeal and yearns for a fair and impartial judiciary in The Gambia.

That was the old Gambia, back in early 2016. But today, 23 years after Jammeh came to power, Ceesay's wish could come true. Gambia's first democratic elections in decades were won by Adama Barrow.  He emerged as the victorious leader of an alliance of all opposition parties, which had joined forces to oust Yahya Jammeh.

Now that Barrow is in power, Gambians are hoping that they will be able to lead their lives withour fear or repression. They are hoping for a country in which one has to speak openly about  political matters - a new Gambia, in other words. 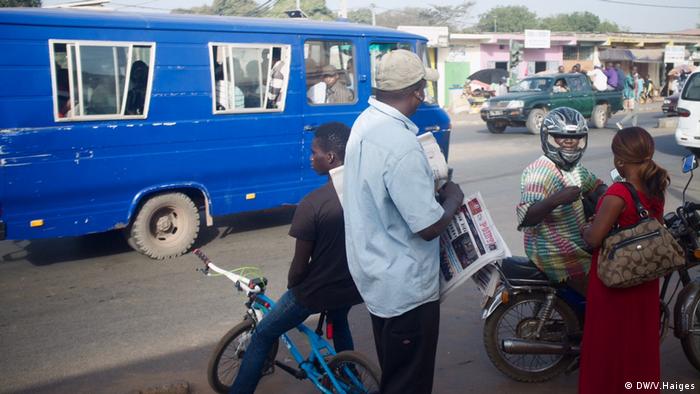 Two men are standing at a bus stop at the busy Westfield junction. They are discussing the merits of the various political parties and whether the alliance will survive. They are both in their early 20s. Until very recently, Jammeh was the only president they had ever known. Now they are openly and publicly debating their country's  future. In this new political climate, newspapers are publishing letters from families, written with the same candor, asking what has happened to relatives who disappeared. These families want the truth.

The task of uncovering the facts behind decades of political persecution in Gambia is to be conducted by the justice ministry. The new minister, Aboubacarr Tambadou, is giving the creation of a truth and reconciliation commission top priority. He sits in his office where files on his desk are stacking up. He has just come from a conference and the next meeting beckons  - and the pile of papers gets even bigger. 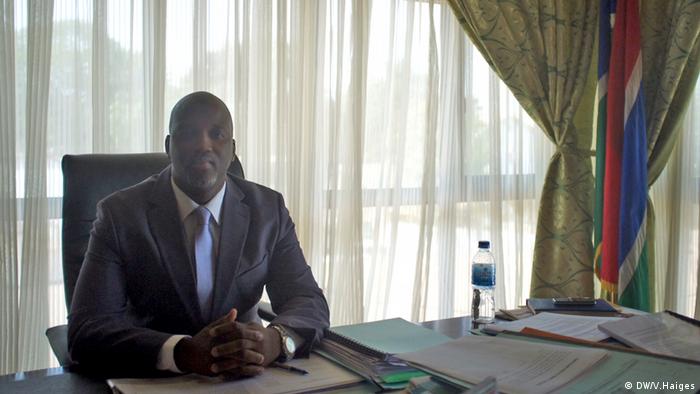 The justice ministry is studying the work of truth and reconciliation commissions in other countries - in particular those which made the transition to democracy after years of war and dictatorship. After decades of apartheid rule, the South Africa of President Nelson Mandela offered the perpetrators an amnesty on the condition that they made a clean breast of their wrongdoings.  The priority was not punishment but reconciliation between the diverse ethnic groups that make up the population.

Would the South African model work for Gambia? Tambadou says they are still investigating. Gambia's cultural and historical context is quite different to that of South Africa. One cannot simply adopt a model from another country, he says.

Nonetheless Tambadou is determined to make a start before the end of the year. Initially, victims are to be invited to give the commission an account of their experiences. But  it will be two years before even preliminary findings are forthcoming. Tambadou has appealed to Gambians to be patient. Many are expecting that the rapid political transformation the country has undergone will lead to equally swift changes in all other walks of life. Reforms cannot be enacted overnight, Tambadou said. Not even in the new Gambia.

Barrow 'consolidating his power' in The Gambia

In his drive to replace senior officials linked to his predecessor Yahya Jammeh, Gambian President Adama Barrow has sacked the head of the armed forces. DW talks to analyst Alex Vines about the new leader's strategy. (28.02.2017)

The EU has resumed aid to Gambia as a new government pledges to carry out reforms and respect of human rights. The EU had cut off aid to the country under former strongman leader Jammeh. (09.02.2017)

Almost 100 prisoners have been freed from Gambian jails as the new government starts to sweep up some of the legacy of the old regime. It has also promised to establish a truth and reconciliation commission. (03.03.2017)

Current leader Adama Barrow is seeking a second term against five challengers after ousting dictator Yahya Jammeh in 2016. Marbles were used to vote for candidates in a first-past-the-post system.

Gambian President Adama Barrow wants Senegal to send over 600 troops to his country ahead December elections. This is in addition to the Senegalese forces already there as part of the ECOWAS peace mission deployed in 2017. DW's Jane Nyingi spoke to Omar Wally in Banjul and first wanted to know if the Gambian army is capable of handling its security issues.