Germany's new foreign minister has already set the tone on Chinese policies before taking office. She should view criticism from the Chinese Embassy in Berlin as a compliment, says Alexander Görlach. 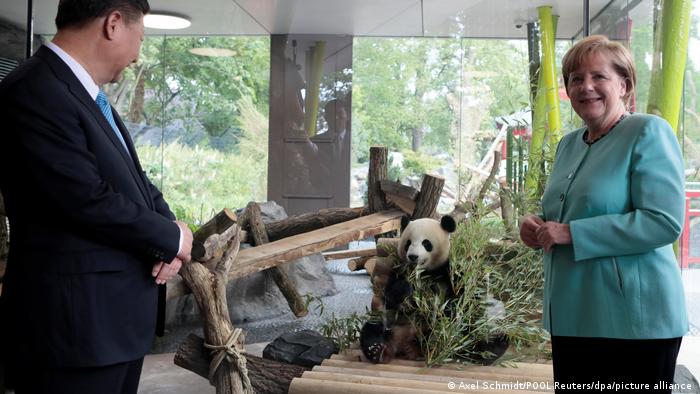 What will Germany's foreign policy look like under a Green politician? In an interview last week, Annalena Baerbock, the designated foreign minister, gave a taste of what might lie ahead when she criticized the People's Republic of China. In the Tageszeitung daily newspaper, she called the People's Republic a systematic competitor and urged "strategic solidarity with democratic partners, defending our values and interests together, and patiently advocating these values in our foreign policy."

Barbock made it clear that the new coalition government would not continue the course Angela Merkel pursued during her 16 years at the helm.

Futile hopes for change via trade

While Merkel would always criticize the awful human rights situation in China (as head of a party that calls itself Christian, she could hardly ignore the devastating persecution of Christians and Muslims in the People's Republic), she ultimately pushed for economic cooperation in the hope that China would at some point turn into a good global player.

That expectation, however, was more than dashed. Xi Jinping has turned the country into a dictatorship, where young people, women, homosexuals and transsexuals, athletes and tech entrepreneurs are targeted, are put under pressure or vanish. In the Western Pacific, Beijing's commander-in-chief is preparing to take control by eyeing the annexation of  Taiwan and by using the military to gain advantage in the territorial conflicts the country started with Japan, Korea and the Philippines. 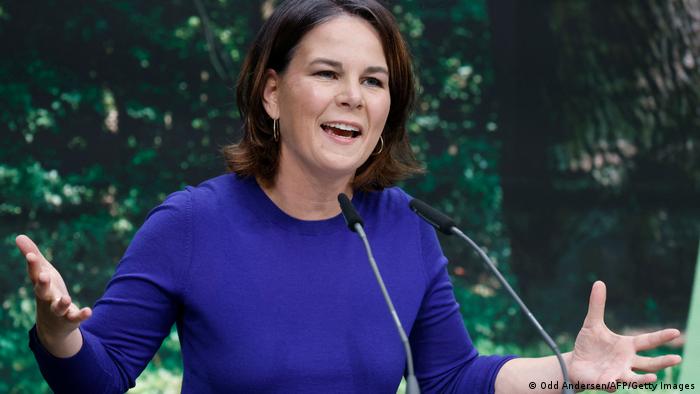 A new German government cannot simply pick up where the previous one left off. Germany, whose raison d'Etat includes the avowal of German guilt in the Holocaust and a resulting responsibility ("Never again!"), can no longer maintain a normal relationship with the People's Republic, which is currently committing at least one genocide.

In China's northwestern Xinjiang autonomous region, more than a million Muslims are held captive while outside the camp gates surveillance cameras capture every move and Chinese authorities collect DNA samples. In addition to constant surveillance and camp detention, there are reports of systematic rape, and birth control is forced on Muslim women.

The US Congress has already labeled as genocide China's disgraceful activities in Xinjiang. Germany, under Baerbock, should follow suit, and the Bundestag should pass a corresponding resolution.

Against this backdrop, the Chinese Embassy in Berlin has been quick to show its disapproval. Baerbock should see such criticism as a commendation, and aim for as many "honorable" mentions as possible. That shouldn't be a problem. Baerbock has already hinted at stopping the import into the EU of goods that are made by forced laborers in Xinjiang. She is equally critical of the upcoming Winter Olympics. A country that, like China, tramples on the rights of its own people should not be given a stage for games that stand for peace and solidarity. Can we really, in good conscience, have the Winter Olympics in Beijing ?

Whatever Baerbock plans on behalf of the government stands or falls with alliances and solidarity. As a first step, if she were to align Germany's China policy with that of the United States, she would be uniting two leading economies against the dictatorship in Beijing.

But it is no less important for Europe to move forward as one. "We need a common European policy on China," Baerbock says, and rightfully so. A united Europe-Taiwan policy is the litmus test. The democratic island is a state friendly with the EU that Beijing would like to annex. And that cannot be allowed to happen under any circumstances.

Alexander Görlach is a senior fellow with the Carnegie Council for Ethics in International Affairs, a research associate at the Internet Institute of the University of Oxford, and an honorary professor of ethics and theology at Leuphana University. A PhD linguist and theologian by training, his research includes narratives of identity, the future of democracy, and the foundations of secular societies. After spending time in Taiwan and in Hong Kong, he is now focusing his efforts on understanding China's rise and what that means for the free world. He was a visiting scholar and fellow at Harvard University and the University of Cambridge. From 2009-2015, he also served as editor-in-chief of The European, the debate magazine which he founded.

This article has been translated from the original German.

During talks in Washington, US and EU officials said it was important to maintain close contact to deal with "competition and systemic rivalry with China."