From the secret services with love

The world's intelligence agencies have taken to social media to recruit future James Bonds. But will this strategy work? 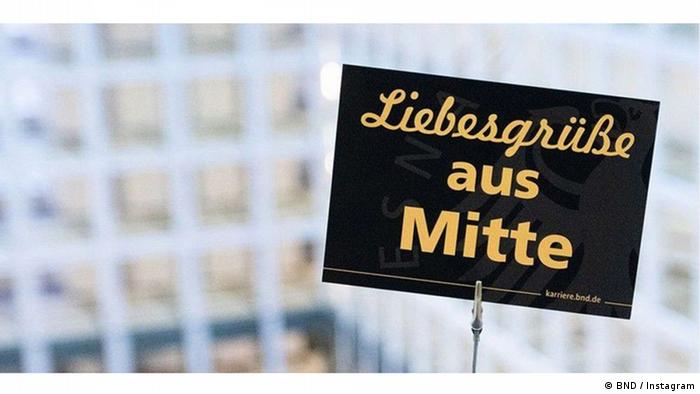 There's no second chance for a first impression. That's true for dating but also for the social media presence of the world's intelligence agencies, many of which have only recently discovered the world of Twitter, Facebook, Instagram and YouTube.

"Liebesgrüße aus Mitte" or "Love from Mitte" was the first Instagram message that the German foreign intelligence service (BND) ever posted, referring to the Berlin neighborhood where their headquarters is based. That was last week. GCHQ, Britain's intelligence and security organization, posted its first tweet in 2016: "Hello, world," it read, a phrase that would have been familiar to all computer programmers as it refers to the coding used to teach an electronic language.

United Kingdom: Agents out of control

The German Federal Office for the Protection of the Constitution also resorted to a particular form of trademark official humor for its first appearance on Twitter in 2018: It posted a comic strip in which one spy says to another "Du auch hier? - Ja, aber erzähl's keinem!" which translates as "You're here too?! - Yes, but don't tell anyone."

But it was arguably the US Central Intelligence Agency that was first to use such humor when it tweeted in 2014: "We can neither confirm nor deny that this is our first tweet."

What is behind the German BND'ssocial media offensive? "Our main aim is to depict it as being an exciting and modern employer and to arouse interest among talented young people," the agency told DW. So, it now has an Instagram account and a YouTube channel and earlier this year it launched a major Twitter campaign to recruit hackers. 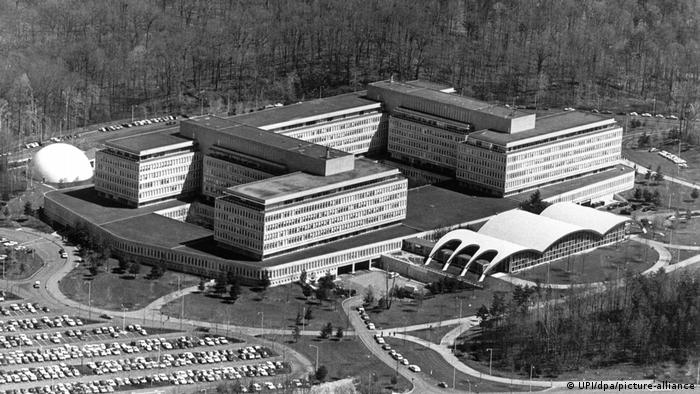 The CIA hopes to convey a more personal image

'Best spy agency in the world'

The CIA wants to show that it has a human side. The Agency has launched a series called "People of the CIA" to present staff members on its Twitter and Instagram pages, which has led to a number of heated online exchanges, as has a recruitment program to increase diversity in its ranks.

Former US Secretary of State and CIA director Mike Pompeo implied that he could not imagine a Latin American CIA staff member with a non-binary sexual identity for example. "The collection of incredibly talented patriots serving America at the CIA is what makes it the best spy agency in the world — and we must continue to recruit the best and brightest. We can't afford to risk our national security to appease some liberal, woke agenda."

"If you're a Chinese communist, or an Iranian Mullah, or Kim Jong Un...would this scare you?" tweeted the Republican senator Ted Cruz in a similar vein. 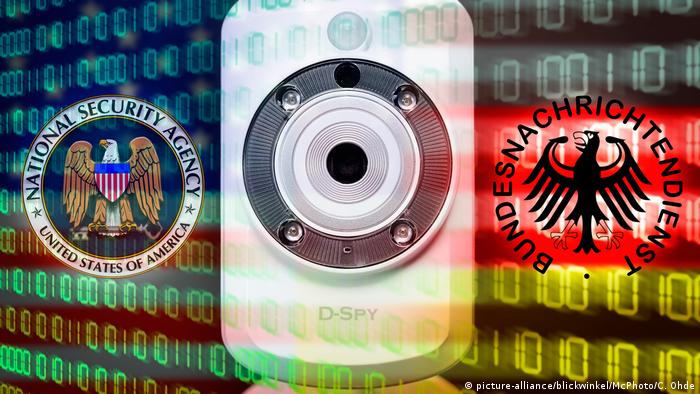 Spy agencies are trying to be more transparent

Such debates are unlikely to be triggered by the German BND's social media presence. The agency has yet to cotton on to the gender and diversity strategies of the British and US intelligence agencies. Furthermore, BND head Bruno Kahl has said: "We will not conduct any political debates on Instagram. Our account is purely an employment channel." To be clear, the agency wants to find staff members but not discuss its work.

But some agencies seem willing to go to great lengths to establish a connection with social media users. For example, on National Pet Day this year, the US secret service, whose tasks include protecting the president, posted pictures of dogs on Twitter. 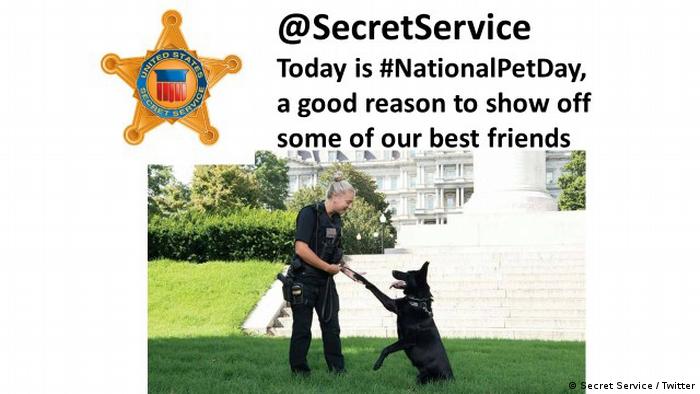 However, sometimes posts are more controversial. In 2016, to mark five years since the Operation Neptune Spear, the raid in which Osama Bin Laden was killed, the CIA live-tweeted the operation as if it were happening in real time and faced criticism.

"An intelligence agency cannot blab publicly about its operations, secret intel and methods," the BND has said. Anyone who had hoped to get an insight into spectacular operations carried out by the German agency might be disappointed. However, the BND's chief historian Dr. Bodo Hechelhammer does regularly post stories about the agency's past on his private Twitter account.

Christopher Andrew, a secret intelligence historian and professor at Cambridge University, told DW that the agencies were copying the employment strategies of the big tech companies. If people were able to crack interactive brain teasers and mathematics puzzles, they might well be invited for an interview.

"What we are witnessing is an unprecedented intelligence advertising," he said. He and Dr. Daniela Richterova from Brunel University London are planning to publish a book presenting the results of their research on the social media activities of the secret services in 2022. "Intelligence services want to explain their mission, legitimize their existence, communicate their successes and — most importantly — recruit fresh personnel," Richterova told DW.

It is hard to tell how successful they actually are in doing this, however. Richterova pointed out that the Slovakian secret services had announced a 77% increase in applications in 2020, a year into making their first social media appearance. When it comes to followers, there is a very disparate picture. The FBI has 3.3 million followers on Twitter, with the CIA not far behind with 3.2 million. But the German Federal Office for the Protection of the Constitution has only 28,000 and the BND's YouTube channel only has 1,130 subscribers.

The "love" of the intelligence services is not always requited. Often their recruitment campaigns meet with ridicule and rejection. The Golem.de Forum even accused the BND of wanting to deflect from its "evil dealings" with old Nazis, mass surveillance and security threats with its "guerrilla marketing."

Perhaps time will tell whether the world's intelligence agencies are ever able to use any of the intel gleaned from online debates for their operations, but it's hard to imagine how pictures of waving lucky cats, dogs or Monty Python jokes help make their work more transparent.

Right-wing politicians in the US criticize the cover shoot featuring the Ukrainian first lady, while Ukrainians say they need the publicity to fight Russia.